About the PGA EuroPro Tour

The PGA EuroPro Tour is Europe’s leading development tour, and the European Tour’s satellite in the UK and Ireland.Offering direct access to the Challenge Tour through the final Order of Merit, PGA EuroPro Tour players will compete for over £900,000 of prize money in 2021, with the top five golfers at the end of the season awarded a category on the 2021 Challenge Tour.

The Tour has been proud to welcome both male and female golfers since it’s beginning in 2002 providing a vital experience of life on tour, players will compete in main events at some of the UK and Ireland’s premier golfing venues. The season concludes with the Tour’s top 60 players contending the Tour Championship. Players qualify to play on the PGA EuroPro Tour either through a two-stage Qualifying School in September and October, or thanks to their 2019 achievements.

The PGA EuroPro Tour provides Europe’s best up-and-coming golfers the chance to gain the necessary experience of life on tour, and in particular in front of the TV cameras. A two-hour highlights package from each event is broadcast on Sky Sports, and on 98 networks around the world reaching 500 million homes. In addition, every event is available to watch on-demand in high definition on our YouTube channel and on Matchroom.Live. The PGA EuroPro Tour has played a pivotal part in the early careers of some of the biggest names in golf. Our Hall Of Fame, is continually being added to as more and more former EuroPro stars achieve success at the very highest levels of the sport.

The following categories apply to players who have taken up Membership for the 2022 season.

If your questions are not answered here please email info@europrotour.com or for entry enquiries please contact entries@pga.org.uk

How do I enter the tour?

Each year the PGA EuroPro Tour opens up entries for membership. A player who is seeking to obtain playing rights must join as a member and compete at Qualifying School. For more information on Qualifying School please read our new Members Information Pack.

Players who are fully exempt from Qualifying School (Categories 1, 2, 7, 9, 11) may join the Tour at any time by paying their membership fees at the time of entering their first main tournament.

Non Exempt Member fee: £445 (This includes entry into all stages of Qualifying School)

How do I enter each event?

All tournament entries MUST be completed online only at europro.bluegolf.com. No other entry methods such as telephone or fax will be accepted.

A confirmation of entry being received will be emailed out to the email address you have provided to the Tour.

The onus is on the player to check whether the PGA EuroPro Tour has received the entry before the closing date.

How much will it cost me to play on the PGA EuroPro Tour?

What can I achieve?

The top five golfers on the Final Order of Merit will be awarded cards for the 2020 Challenge Tour season. The winner of each individual event will receive £12,500 from a total prize fund of approximately £52,500. The Tour Championship winner will receive £25,000. Every golfer who makes the cut at an event will receive prize money.

What will it do for my game?

One of the primary goals of the PGA EuroPro Tour is to enable players to perform at a high level and prepare them for life as a Tour Professional. Every tournament is broadcast on Sky Sports in a two-hour highlights package, giving golfers the experience of playing in front of the TV cameras. The Tour also gives players experience of life on the road, playing for big money under tournament conditions and playing on some of the best quality courses in the country, each of which provides its own tests of a golfers ability.

Each event will have its own tournament staff, whose contact details will be listed on the event info page of the EuroPro Tour website (found under the ‘Tournaments’ tab). For queries not relating to a specific event you can contact the PGA EuroPro Tour Chief Executive Officer, Daniel Godding. His email address is: Daniel.Godding@europrotour.com.

Do I need to be a professional to enter the tour?

No. All professional golfers as well as amateur golfers with a playing handicap of two or better (as recognised by their respective CONGU or Federation Handicapping Scheme) can enter PGA EuroPro Tour Qualifying School.

It is not a breach of the Rules of Amateur Status, as approved by the R&A Rules Ltd, for an amateur golfer to file an entry for, and play in, any stage of PGA EuroPro Tour Qualifying School provided that, in advance of play, and in writing, he waives his right to any prize money in the competition.

Amateurs who enter Qualifying School and retain their Amateur Status during the event will have the option to either keep their respective category and become a Professional or retain their Amateur Status and forfeit their PGA EuroPro Tour Membership (for which there will be no refund). An amateur who relinquishes their Membership category at this time may regain it retrospectively at any time on the PGA EuroPro Tour schedule at no extra cost.

I am an amateur, can I win money?

No. An amateur golfer who fails to waive his right to prize money is in breach of the Rules of Amateur Status, but if he is unsuccessful at the Qualifying School he may apply for reinstatement as an amateur through the R&A.

What is the PGA EuroPro Tour’s purpose?

One of the primary goals of the PGA EuroPro Tour is to enable players to perform at a high level and prepare them for life as a Tour professional. Every tournament is televised in a two-hour highlights package on Sky Sports which gives each player the invaluable experience of playing in front of the cameras. The PGA EuroPro Tour is the only official European Tour satellite tour in the UK. We are the only tour that offers direct access to the Challenge Tour via the final Order of Merit.

Has anyone played on the PGA EuroPro Tour and gone on to win on the main tours?

Yes. Many former PGA EuroPro Tour members have gone on to win events on the European Tour. Louis Oosthuizen was a member in 2002 and 2003 and went on to win the 2010 Open Championship. Ross Fisher, Nicolas Colsaerts, Tommy Fleetwood, Tyrrell Hatton, Andrew ‘Beef’ Johnston, Eddie Pepperell, Aaron Rai, and Jordan Smith are just a few of our alumnus list. A list of former players who have gone on to big things can be seen on our Hall of Fame.

What courses are we playing in 2022 and can I enter as many or as few events as I like?

The 2022 schedule can be found here. You can enter as many or as few events as you like but it is within PGA EuroPro Tour regulations that to appear on the Final Order of Merit you must play in a minimum of five regular events (not including pro-ams).

Please use the form below for all enquiries to the PGA EuroPro Tour. For tournament invite enquiries, please click here.

All tournament entry and membership queries should be directed to the PGA on 01675 468 380 or entries@pga.org.uk

For footage requests please contact james.dawson@matchroom.com for a quote

Barry Hearn OBE formed the PGA EuroPro Tour in 2002 with the merging of the PGA MasterCard Tour and the EuroPro Tour. Hearn went on to lead the PGA EuroPro Tour as Chairman until April 2021 where he stepped aside. Barry is a regular face at tournaments and can often be found on Pro-Am days entertaining and over clubbing on the course to find the next hole’s green.

Eddie Hearn is the Chairman of the PGA EuroPro Tour as well as Matchroom Sport Group and the Professional Darts Corporation. Hearn has a strong affinity to the PGA EuroPro Tour having previously been CEO of the Tour in 2004 leading Matchroom’s Golf division managing John E. Morgan as he took on the states on the PGA Tour.

Daniel Godding joined the PGA EuroPro Tour in 2013 previously with a strong background working for Sky Sports. He leads the day to day operations of the Tour working closely with all key figures from the PGA to the players directly who are the forefront of every decision made whether that be a golf course or new sponsorship opportunities and member offers.

Ash Weller is the Lead Tournament Director of the PGA EuroPro Tour – Ash is a PGA Fellow Rules Professional and was selected to referee at the USPGA Championship at the famous Bethpage Black course in 2019. 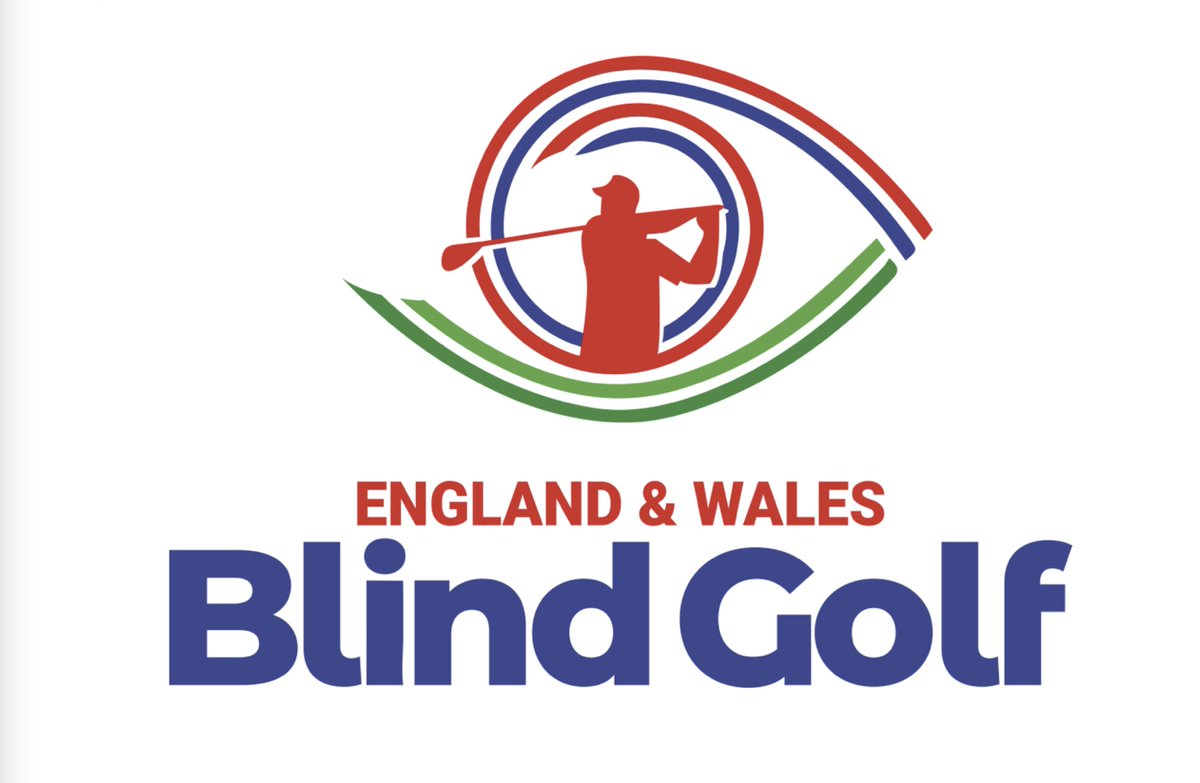 The PGA EuroPro Tour is delighted to announce a new partnership with England and Wales Blind Golf, a charity that supports visually impaired golfers helping them play the game we all love with the help of guides.