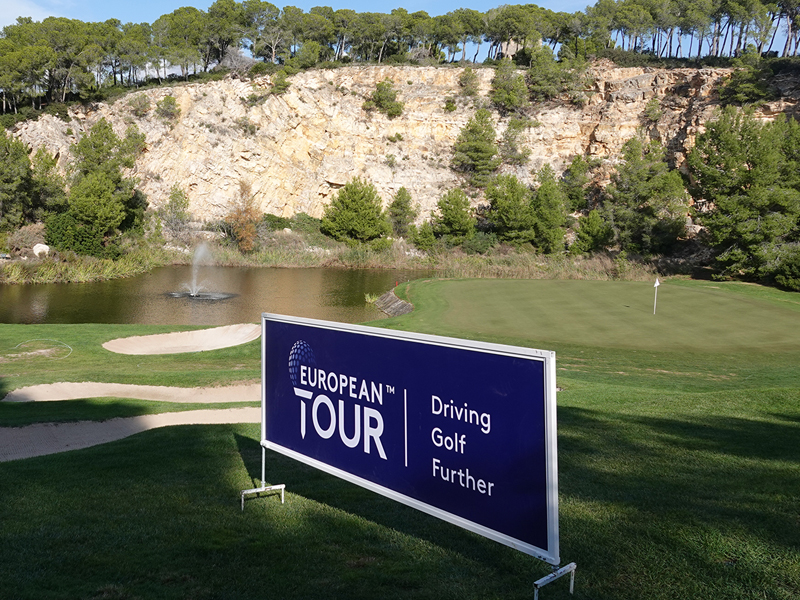 Twelve PGA EuroPro Tour players past and present will play in the final two rounds of European Tour Qualifying School after the cut was made at four under meaning all are at least guaranteed Challenge Tour status with the carrot of 25 European Tour cards at the end.

On a day with guaranteed drama, it was Tom Gandy and Jonathan Caldwell who provided some of the best golf the fourth round to make the cut. Playing together, the two Tour players struggled early doors with both one over through three.

Gandy went on to birdie six of his next nine holes to go to five under for the day and sign for a 66 which moves him to tied thirty on the leaderboard whilst Caldwell responded with four birdies on the spin as part of six in his final round to move up with Gandy.

David Dixon is tied for eleventh after rounds of 71, 68, 69 and 67 to be eleven under par going into the all-important final two days on the Lakes Course. Dixon is a former European Tour winner and competed on the PGA EuroPro Tour this season winning at Tyrrell Hatton’s Harleyford Golf Club.

Daniel Young went around in 72 for the second day running meaning he also makes the cut on four under with Niall Kearney who put together a round of three under to join Young at tied 61.

Benjamin Poke leads the field on sixteen under by three shots over S.S.P. Chawrasia, Sami Valimaki, and Jinho Choi.

Dale Whitnell and Marcus Armitage went around in 65 each for six under with Armitage’s round including no blemishes and an early eagle. Whitnell meanwhile, scoring his best round of the week with six birdies.

The 2018 order of merit winner Dave Coupland is tied with Whitnell after a steady 67 (-4) to be on eight under with a blemish-free back nine for three under to boot.

Other PGA EuroPro Tour alumni to make the cut includes Laurie Canter, Daniel Gavins, and Jordan Wrisdale who tied with Gandy and Caldwell. Wrisdale was bogey-free for his 68. Minkyu Kim also did what was required to move through to the final stage.

Bradley Moore will gain a Challenge Tour spot based on his finish on the PGA EuroPro Tour after Jonathan Caldwell made the cut freeing up another spot from the Tour this season. Moore won The HotelPlanner.com Championship at Frilford Heath Golf Club and missed out in a playoff to Sean Towndrow at Caversham Heath Golf Club.

Moore started the season without a category but made the most of his early invite: “Over the moon really for saying I had no category on EuroPro at the start of the year and my games just got better and better throughout the year, getting my first win as well!”

“I can’t thank my family enough for there support, my coach Graham Walker who’s helped me get back playing well with my long game. Been a tough few weeks after my nana passing away so nice to get some good news.”

With the cut made, the 70 players plus ties will play two more rounds on the Lakes Course. It’s one final push for some players who started their Q School journey back in September at first stage.