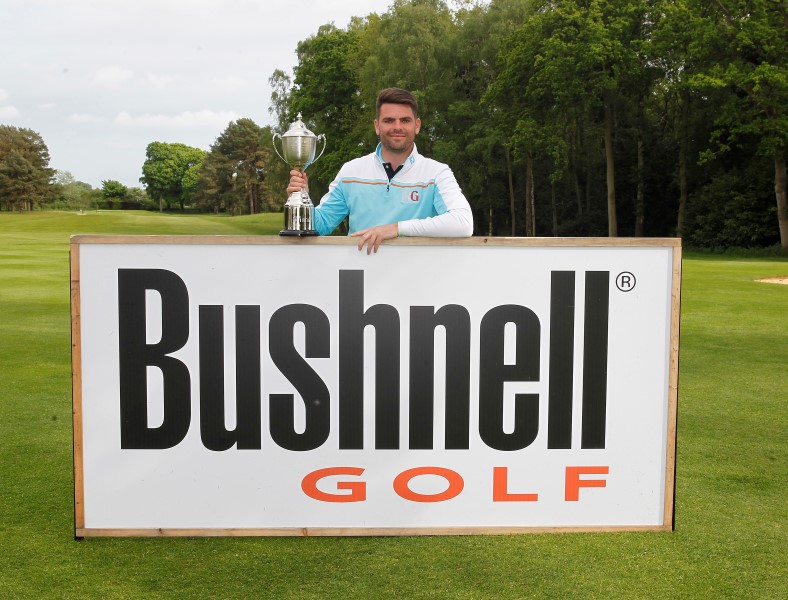 As the 2016 PGA EuroPro Tour season gets underway, Bushnell & Bollé have once again underlined their commitment to the development of the game by extending their deal with the key development tour, after a successful inaugural year to the partnership.

2015 proved to be a stand-out year for the PGA EuroPro Tour, which saw both Bushnell and Bollé receive a wealth of praise from players and officials alike throughout the season. Winner of the season opening PDC Golf Championship, Adam Runcie, as well as tournament champions throughout the season will not only claim the coveted trophy, but also receive a market-leading Bushnell Tour X laser rangefinder and a pair of Bollé Bolt golf specific sunglasses.

Andrew Grose, Managing Director of Bushnell UK, commented the new deal: “We were delighted with the first year of our partnership with the Euro Pro Tour. By the end of the season, we had 85% of the players using DMDs trusting Bushnell products, thanks to the exclusive offers and product education that we were able to provide for the tour’s members.

“As the first professional tour to allow the use of distance measuring devices in competitive play, the EuroPro Tour is very forward-thinking and closely aligns with our objectives to help further the game at every level,” continued Grose. “We hope to build on the trust we built with the players last year, especially with the success of the Tour X model, to develop the partnership even further this season.”

This partnership further underlines the trust that golfers across the world have in the accuracy and consistency of Bushnell products. This is most evident on the PGA Tour, where an amazing 99% the world’s leading players utilise a Bushnell laser rangefinder for their practice and tournament preparations throughout the year, along with 93% of players at The 2015 Open Championship.

Daniel Godding, Director of Operations at the PGA EuroPro Tour commented: “All of the players were full of praise for the Bushnell brand and its products last year, so it is great that we have been able to continue this partnership between such forward thinking brands looking to develop the game. 2015 was an excellent year for us, and with Bushnell and Bollé support, we look forward to making 2016 even more special.”

For more information on the Bushnell family of rangefinders visit www.bushnellgolf.co.uk

For more information on the Bollé range visit http://www.bolle.com/