The HotelPlanner.com PGA EuroPro Tour is delighted to announce its 2016 schedule, as the UK’s leading golf tour continues to build on its status as the leading satellite to the European Tour.

Army Golf Club in Hampshire and Caversham Heath in Reading will make their debuts as EuroPro venues with previous hosts East Sussex National and The Oxfordshire back to join a wealth of top-class courses returning from 2015.

The 2016 season will kick off at Frilford Heath Golf Club in May before heading to Burhill Golf Club in Surrey.

June sees the tour visit Cumberwell Park in Wiltshire and Longhirst Hall Golf Club in Northumberland. Back-to-back tournaments in Scotland kick off July at Montrose Golf Links and The Carrick on Loch Lomond, before the tour returns to Lee Westwood’s Close House.

In August the tour swings around the south of England with tournaments at Army Golf Club, Caversham Heath, East Sussex National and The Oxfordshire with Hawkstone Park in Shropshire seeing the tour into September. 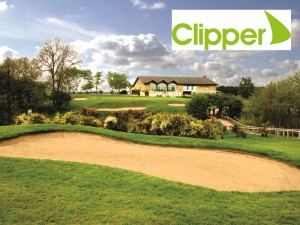 Mar Hall Golf & Spa Resort in Glasgow then stages the third Scottish event of the season before the regular campaign comes to an end with the Clipper Logistics  Championship at Moor Allerton Golf Club in Leeds, where players will be fighting to secure a place in the Order of Merit top 60 and an invite to October’s season-ending Tour Championship.

Daniel Godding, Director of Operations for the HotelPlanner.com PGA EuroPro Tour, said: “2015 was without a doubt our best season ever. We increased prize money, staged our first 72-hole event, saw more players compete than ever before and had the level of the tour recognised by the Official World Golf Ranking and our tournaments now carry World Ranking points.

“In 2016 we are building strongly on that success with an outstanding line-up of courses. Adding Army Golf Club, Caversham Heath, East Sussex National and The Oxfordshire to an already stellar list of venues means we are providing our players an even stronger schedule than ever before. 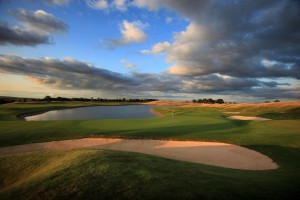 “The HotelPlanner.com PGA EuroPro Tour is all about development and the success of our members in 2015 speaks for how strong the tour now is. As well as our top five progressing to the Challenge Tour we saw members gain European and Challenge Tour cards through European Tour Q School last season and we are all excited to see who will make that jump this year.”

The HotelPlanner.com PGA EuroPro Tour is now accepting entries for Qualifying School, which takes place across six First Stage venues in March with successful players and those exempt to Final Stage competing at Frilford Heath Golf Club in the first week of April.

All professional golfers and amateurs with a handicap of two or better are invited to enter Qualifying School, details of which can be found at www.europrotour.com.

The HotelPlanner.com PGA EuroPro Tour is Europe’s leading development tour, and the European Tour’s only satellite in the UK and Ireland.

Offering direct access to the Challenge Tour through the final Order of Merit, PGA EuroPro Tour players will compete for over £800,000 of prize money in 2016, with the top five golfers at the end of the season awarded a category on the 2017 Challenge Tour.

Providing vital experience of life on tour, players will compete in 14 main events at some of the UK and Ireland’s premier golfing venues.

A two-hour highlights package from each event is broadcast on Sky Sports, and on networks around the world.