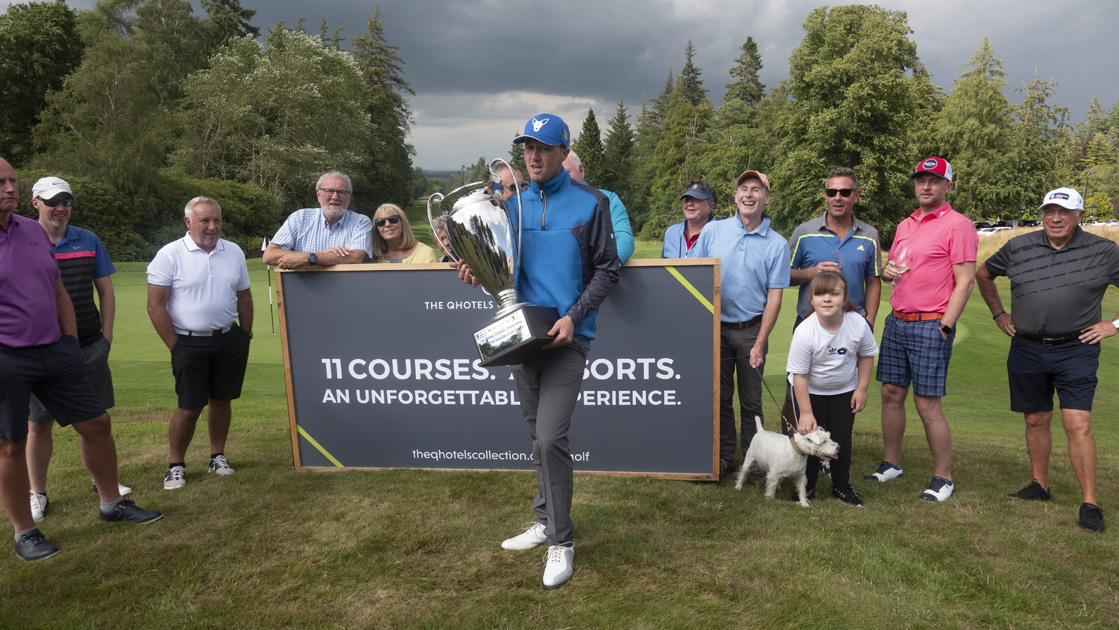 The 2022 PGA EuroPro Tour season was filled with excitement throughout the entire schedule, with 11 different winners establishing themselves across the summer.

We’re reflecting on the most current campaign, looking back at each tournament, how they were won and who was crowned champion.

This is the part two of the season review – you can access part one here.

After the first break of the 2022 season, players were refreshed and ready for the challenge that awaited them in Grantham, Lincolnshire. Belton Woods Hotel, Spa & Golf Resort – part of The QHotels Collection – marked a return to professional golf after a lengthy hiatus. The tournament took place during the peak of summer, with brown fairways dominating the landscape.

Greg Dalziel got off to a quick start and found himself -10 after the opening round, but it was juggernaut Dermot McElroy that would secure victory in the basking sunshine. The Northern Irishman recorded a three-stroke win to obtain his second PGA EuroPro Tour title of his career and launch him up the Order of Merit.

Key Winner Quote: “I don’t know why I have finished T2 – W – W, but maybe it’s holing the one putt you wouldn’t normally sink – it’s very fine lines in golf – but I thought I played well this week. I’m playing really good golf at the moment and it’s a real confidence booster.”

If the PGA EuroPro Tour roster thought it was hot at Belton Woods, then they certainly weren’t expecting the temperature that dominated the Pro-Am of this week! The Vale Golf & Country Club had invested heavily into its golf course during the off-season, and the players were rewarded with an unbelievable challenge that proved to be one of the most difficult of the year.

Brandon Robinson-Thompson had been so consistent throughout the campaign to date, and he was rewarded with his maiden EuroPro title following a tense final round. In all honesty, the final grouping of Robinson-Thompson, Stuart McLaren and Joe Brooks failed to find any rhythm during the opening nine, but 30-year-old Robinson-Thompson fought off late charges from Jeff Wright and James Allan to record a two-stroke victory.

Key Winner Quote: “I’m a lot more disciplined this year, a lot more focused and patient. Yes, I’ve made mistakes, but I’ve learnt from them and I’m learning all the time.” Brandon Robinson-Thompson was a popular winner

For anyone who has experienced Slaley Hall’s Hunting Course, you’ll know just how fortunate the players were to return to the iconic site. The venue also hosted an Asian Tour event prior to our visit, which speaks volumes about the direction this sensational location is heading in. Additionally, the Hunting Course played host to the 2021 Matchroom Tour Championship – meaning the players had prior experience of the troublesome layout.

Nicholas Poppleton would overturn a 36-hole two-stroke deficit to record his inaugural PGA EuroPro Tour title in dramatic fashion. Poppleton eagled the par-4 14th after holing out from the fairway – although a double at the 17th threatened to undo his previous progress. Fortunately, the 18th hole on the Hunting Course is an absolute monster, which enabled him to make bogey and record a narrow, one-stroke victory over Bailey Gill in second.

Key Winner Quote: “I had a Challenge Tour invite, but I might stay on the EuroPro as I’m higher in the Order of Merit now. If I can go out and win, it would solve all my problems.”

The long journey from Hexham to Sussex was needed across the weekend, as The Dell Technologies Championship kicked off. Scoring was prominent throughout the tournament and it quickly became apparent that the eventual champion would be determined on their wedge and putting play.

James Allan recorded the second EuroPro victory of his season and career as he converted his overnight lead into glory. Jack Slater had previously been the leader following a blistering opening round, and the Englishman would finish solo second to the EuroPro’s standout star for the 2022 campaign. Allan had effectively secured his promotion to the Challenge Tour with this win, but there was more to come from the 28-year-old yet…

Key Winner Quote: “I try not to look at level; if I play the golf that I know I’m capable of, then I know I can compete with most golfers on different tours. I just need to keep things that work for me, stick to them and see how far we can take this.” James Allan was becoming accustomed to that winning feeling

Jack Davidson was understandably excited by our sole trip to Wales, which issued him a chance of winning on home soil. Only the previous week, Davidson had been competing on the DP World Tour at Celtic Manor, which is a short journey from his home in Newport. As he arrived at Machynys during competition week, there was a niggle in his back that was causing him problems – but his dad wisely told him to compete that week.

The Welshman would open his event with successive 64s – which set and matched the course record – enabling him to take a three-stroke advantage into the final round with him. He would subsequently win his first EuroPro Tour title with a dominant display, with the former Walker Cup player being as clear as seven shots during the final round!

Key Winner Quote: “The guys on this tour are just so, so good. I shot two 64s and in any normal event, you could expect to have a decent advantage – but three shots really isn’t a big lead when you’re playing against these guys.”

By this stage, one Challenge Tour was wrapped up by James Allan, with the four remaining cards still up for grabs.

The final third of the season saw a certain Scotsman force his way through the Order of Merit rankings and subsequently secure a card of his own.

The third and final part of the 2022 PGA EuroPro Tour season review will be available on Friday – keep an eye on our socials!