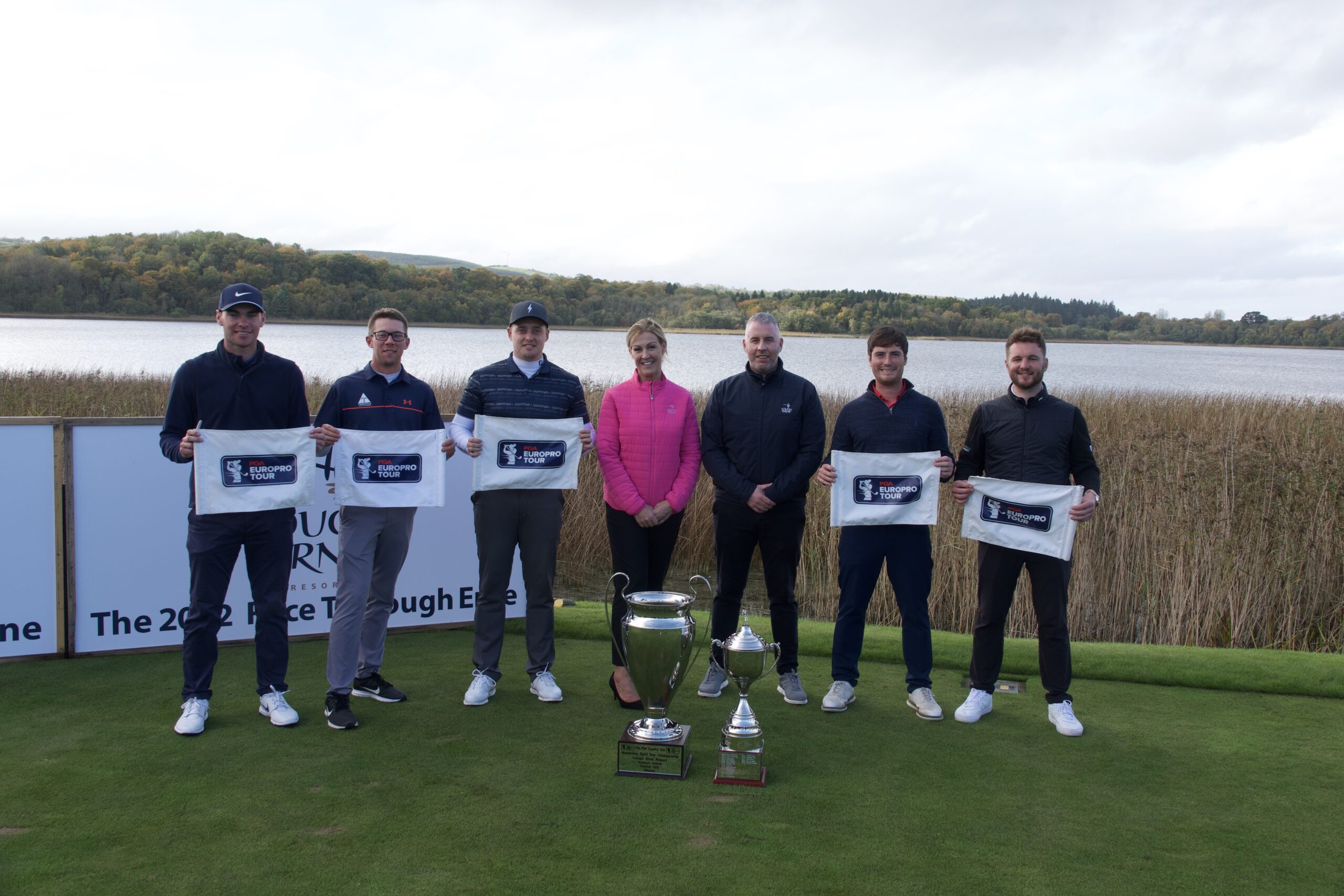 The latest PGA EuroPro Tour season produced some glittering moments for the next generation of professional golfer.

We’ve previously reflected on the 2022 season, with part one and part two available.

This is the third and final installment of the season review, where we reflect on the closing moments of what can best be described as a thumping campaign.

The 2022 season marked the second visit to Clandeboye Golf Club for the tour, and the hospitality put on by the club will always be remembered. We are used to warm welcomes, but the team at Clandeboye pulled out all the stops to make this trip more special. The event was attended healthily by locals of the club and area, with each hole and fairway brimming with the life of spectators.

Sam Broadhurst would secure his first EuroPro win after a pulsating final round. The championship could have headed in the direction of all three members of the final group, with Paul Maddy applying heavy pressure throughout the final day. Ultimately, Broadhurst sunk a long-range birdie putt on the 54th hole to slam the door in Maddy’s face.

Key Winner Quote: “You can’t dwell on the past. It’s a year later and it’s a completely different me – from how I’m swinging and thinking – I obviously learnt a lot that week.” Ever since the schedule was officially released, there were a large chunk of players who were looking forward to the first week of the Scottish swing. Spey Valley is a renowned golf course that hosted the Challenge Tour for ten consecutive seasons – where a certain Brooks Koepka shot and holds the course record. Not only is this hub a pristine golfing location, but it offers panoramic views that most clubs could only dream of.

Stuart Grehan was victorious via a three-man playoff that included Dermot McElroy and Michael Stewart – two golfers who would progress to the Challenge Tour. In total, McElroy and Grehan would play seven additional holes before the duo could be separated, with Stewart missing a chance for the win on the first playoff hole and then subsequently eliminated after the third. Due to poor weather, the event was cut to 36 holes.

Key Winner Quote: “To win, even though it’s a 36-hole event, means so much to me – I’m very excited about what the future can bring.”

By this stage, there were only two regular season tournaments remaining, and the Race to Lough Erne was truly underway. Leven Links acted as the second and final stop of the Scottish swing, and the players were excited to walk such hallowed ground. The earliest records suggest that golf has been played at Leven since the mid-1800s, so it was an honour to take the PGA EuroPro Tour here for the second time.

Michael Stewart recorded his long overdue maiden EuroPro victory after three consecutive rounds in the sixties. Jack South opened his tournament with a -9 61, which naturally piqued the interest of locals following South’s 59 at the same venue last year. However, as he would fade away from the tournament, Stewart grew in confidence and eventually won by a three-stroke margin.

Key Winner Quote: I’ve said it before, but it’s really good to be in the top 5 in the Order of Merit and not have won. I’ve placed second three times – including two playoff losses – and the way Cumberwell went was sore.”

The final event of the 2022 regular season took the PGA EuroPro Tour to the West of England, where Clevedon Golf Club played host yet again. This was the final opportunity for members of the tour to confirm their presence at Lough Erne for The Matchroom Tour Championship – where Jamie Dick finished T13 to sneak into the top 60 and book his plane ticket to Northern Ireland.

Josh Hilleard became the second multi-champion of the season following a blistering comeback that culminated in playoff glory. Whilst we would not have been fully aware at the time, but that playoff effectively decided which player would go up, as Ryan Brooks loss pushed him down to 5th in the Order of Merit – and heartbreak would follow at Lough Erne.

Key Winner Quote: “I’ll look back and say this is the best I’ve ever played over a season by a long shot; winning once was great but to be able to do it again in the same year is better. To execute a season in this fashion has been great. I can’t say I’ve been unsuccessful at all – I’ve been impressed.” After 16 gruelling weeks on the road, one final journey was needed as the five golfers progressing to the Challenge Tour was set to be confirmed. Lough Erne’s Faldo course is of the highest quality, and it would be fitting that this highly competitive season would be decided on such a gem of a golf course. James Allan, Michael Stewart, Dermot McElroy, Josh Hilleard and Ryan Brooks would head into the event as the current top 5 – but only four would be promoted to the Challenge Tour.

Allan recorded his third seasonal victory to become the highest annual earner in PGA EuroPro Tour history. Chris Maclean had held the outright lead during the final round – and that result would have seen him qualify for next year’s Challenge Tour – but the putter deserted him during the back nine. Jack Davidson held his nerve expertly to finish runner-up, subsequently pushing Brooks out of the top 5.

Jack Davidson’s phenomenal final round performance pushed him into the top 5 at Ryan Brooks’ expense.

Brooks had been scintillating all season and we have absolutely no doubt that he will be back to his usual best for the following golfing season.

The 2022 PGA EuroPro Tour season was filled with drama and emotion throughout the entire campaign.