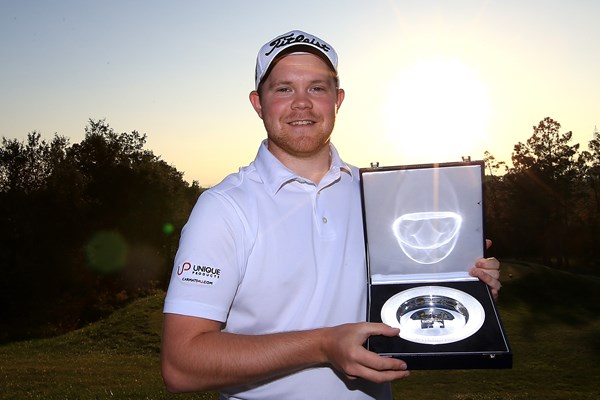 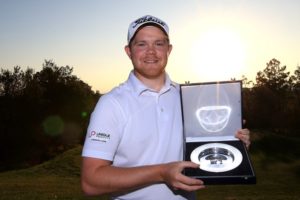 Led by tournament winner Kimsey, the trio finished inside the top 30 at PGA Catalunya Resort to earn their place on the European Tour. A further seven golfers who have been EuroPro members in the last five years also earned full European Tour playing privileges through Q School.

The success of current and former HotelPlanner.com PGA EuroPro Tour members at Qualifying School further underlines the strengths of the third tier satellite tour after three of last season’s graduates to the Challenge Tour won tournaments this season.

For Kimsey it was delight at the end of a difficult season as he struggled on the EuroPro, making just four cuts in the 11 events he started.

“Becoming a European Tour player means everything right now,” he said. “Having to come through from First Stage after not the best of years and to get a full card, it’s crazy to think I’ve done it.

“It’s tough to do that, coming through the whole thing. Having to play Second Stage and come straight to Final Stage, back-to-back, it’s a tough week this week regardless but to come from the nerves in Second Stage just to be here, you have to try to keep mentally strong and play some good golf.”

Rutherford was unable to begin his EuroPro Tour season until August after a car accident at the start of the year left him with a fractured spine and broken foot.

“At the start of the year I was hit by a car and fractured my spine, broke my foot and did some damage to my knee,” said the Englishman.

“I didn’t actually think I’d play all season. I was hopeful to be back at the start of next year. But recovery went well, so I thought I’d go for the First Stage just to see how it’d go and played nicely. At the Second Stage I just kept the ball rolling and played well.

“I played a tournament at the end of August. I had eight weeks of being on a bed, just lying down and recovering. I didn’t expect to play at all. I’m so pleased just to be here.”

Daniel Godding, Director of Operations at the HotelPlanner.com PGA EuroPro Tour, commented: “I am thrilled for Nathan, Ashley and Jamie that they are now European Tour players. It is fantastic to see so many of our current and former members progressing to play on the European and Challenge Tours in 2017.

“The EuroPro Tour is all about helping these quality young players succeed on their journey to the top and it really shows how strong the tour is that so many players are able to step up to the next level and succeed.”