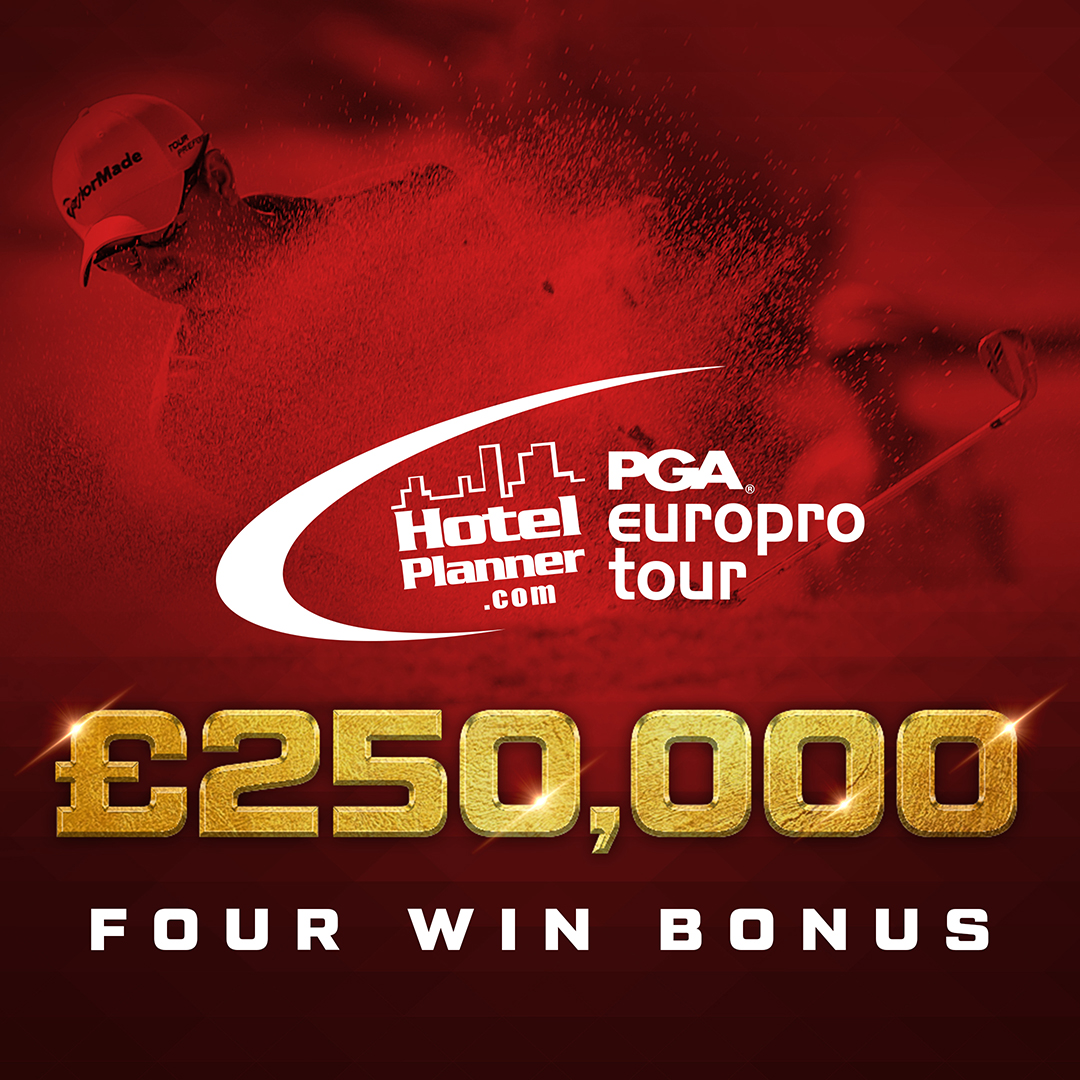 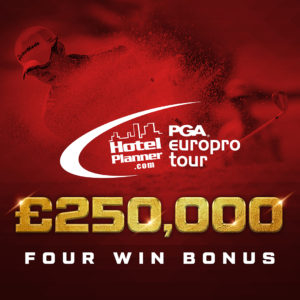 The HotelPlanner.com PGA EuroPro Tour will pay a quarter of a million pounds (£250,000) bonus to any player who wins four tournaments on the 2018 schedule.

The lucrative bonus makes a return to the EuroPro Tour and has been made possible by tour title sponsor HotelPlanner.com, along with Matchroom Sport and sees the total prize money available this season to £1.2million.

PGA EuroPro graduate Chris Lloyd came closest to winning the coveted bonus purse with three wins on the 2017 season, two of those coming in back-to-back performances at Montrose Golf Links and Studley Wood.

The quarter of a million-pound bonus will be paid as a reward to the first player who wins four tournaments on the 2018 schedule, including the Tour Championship but excluding Qualifying School wins.

The 2018 season kicks off at Frilford Heath Golf Club in May, and continues with 14 further 156-man tournaments at the likes of Tulfarris Golf Club, Montrose Golf Links, and Foxhills Club and Resort to name a few. The season will conclude in October with the big-money Tour Championship, where the seasons top 60 will have one final battle to finish inside the Order of Merit Top Five and earn promotion to the Challenge Tour.

Tim Hentschel, CEO at HotelPlanner.com said: “We are delighted to offer this incredible bonus on the PGA EuroPro Tour for a second successive season. Chris Lloyd came incredibly close to winning the quarter of a million-pound bonus, which was one of many fantastic stories from last year’s season. I have no doubt this season will be full of action and look forward to it getting underway.”

Entries for Qualifying School for the HotelPlanner.com PGA EuroPro Tour are now open at www.europrotour.com.

Offering direct access to the Challenge Tour through the final Order of Merit, HotelPlanner.com PGA EuroPro Tour players will compete for £1,200,000 of prize money in 2018, with the top five golfers at the end of the season awarded a category on the 2019 Challenge Tour. Providing vital experience of life on tour, players will compete in 15 main events at some of the UK and Ireland’s premier golfing venues.

The season concludes with the Tour’s top 60 players contending the Tour Championship. Players qualify to play on the HotelPlanner.com PGA EuroPro Tour either through a two-stage Qualifying School in the spring, or thanks to their 2018 achievements.