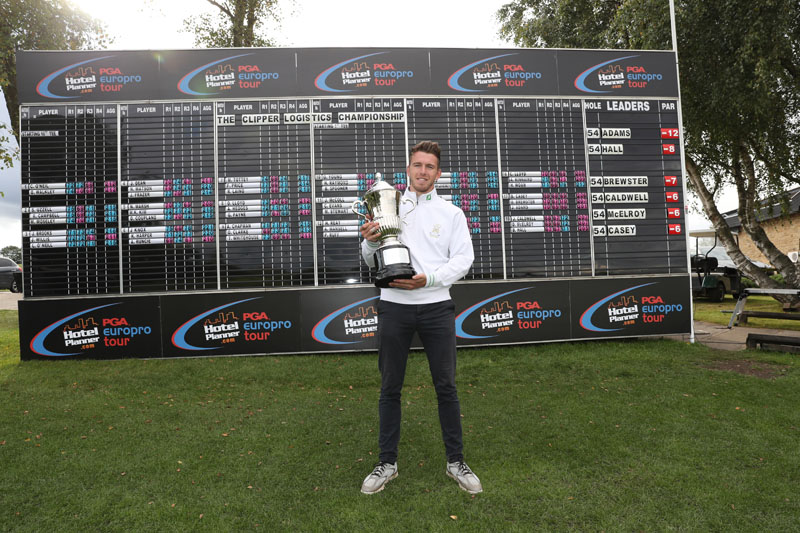 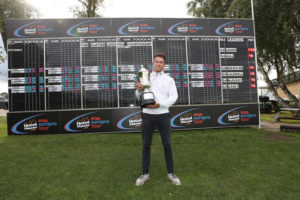 “I feel great, it is hard to put the win into words but it makes everything worth it.”: said Adams, who wins £10,000 as well as a brand new Motocaddy S3 PRO electric trolley with lithium battery, Bushnell Pro X2 Range Finder and Bolle sunglasses.

He added: “It’s probably the best I’ve ever played in a tournament. The weather was really tough, especially on the first day with the wind and heavy rain. The last two days have been great, to go bogey free across two rounds isn’t the norm for me.”

In total, Adams collected 13 birdies over 54 holes to win comfortably. His second win moves him to 5th in the Race To Amendoeira, from which the top five at the end of the season earn promotion to the Challenge Tour.

Adams’ second round was the joint lowest of the tournament, followed by a final round of 66 – the second lowest in a fantastic final round – a stellar effort taking into consideration a trophy was on the line.

On the chance of earning promotion to the Challenge Tour Adams said: “I haven’t really thought about it, I’ve never been in a better position in my career. I’ve played well this year, it’s really tough at this level with under-par cuts every week. I’m really looking forward to going out to Portugal and extending my season a little bit.” 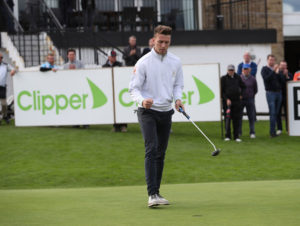 Before his win at Wychwood, Adams had won just £430 in the Race To Amendoeira. But, just five events later the 23-year old had added £20,000 to his tour earnings with a great chance of earning promotion to the next tier of professional golf.

He said: “It’s been an incredible year, after winning at Wychwood I realised this tour was where I needed to be. It’s great knowing that whenever I’ve been in contention I’ve won.”

Elsewhere, Billy Hemstock (Teignmouth Golf Club) and Darryn Lloyd (Ping) both sneaked into the top 60 by no more than £350 after good performances at Moor Allerton, which means they will be heading to Portugal in October.

Ben Hall (Rushcliffe Golf Club) who lead heading into the final round finished in second place and leapt to 31st in the Race To Amendoeira meaning he will also compete in the Tour Championship.

£59,000 bonus offered for 59-round on HotelPlanner.com PGA EuroPro Tour