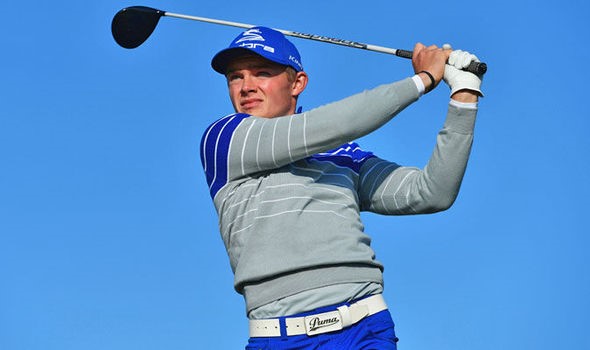 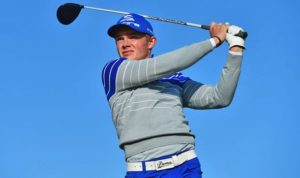 The 2016 Amateur Champion carded a 65 to lead by one from Northern Ireland’s Jonathan Caldwell (Clandeboye Golf Club). Five players are tied third on four under.

Ranked 7th in the World Amateur Golf Ranking, Gregory (Corhampton Golf Club), has been named in the initial GB&I Walker Cup squad to face USA at Los Angeles Country Club in September and makes his EuroPro debut after receiving an invite from his sponsor COBRA PUMA Golf.

The 22-year-old teed off later than planned due to an 80-minute thunder and lightning delay which occurred shortly after play had commenced. He dropped a shot at the second but a run of three consecutive birdies from the sixth took him two below the card. On the back nine he made another hat-trick of birdies, this time from the 13th and ended his round with an eagle at the 18th.

Caldwell also made three at the par-five last. It was his second eagle of the round having also picked up two shots at the 13th. He birdied the first, sixth, ninth and 11th but dropped shots at four and 16 cost him the lead.

The COBRA PUMA GOLF Championship continues with the second round on Thursday (July 20), after which a cut to the leading 50 professionals and ties will be made. The final round takes place on Friday (July 21).

Spectator entry is free of charge throughout and live scoring is available at www.europrotour.com. Highlights from Machynys Peninsula will air on Sky Sports Golf on Tuesday, August 1.