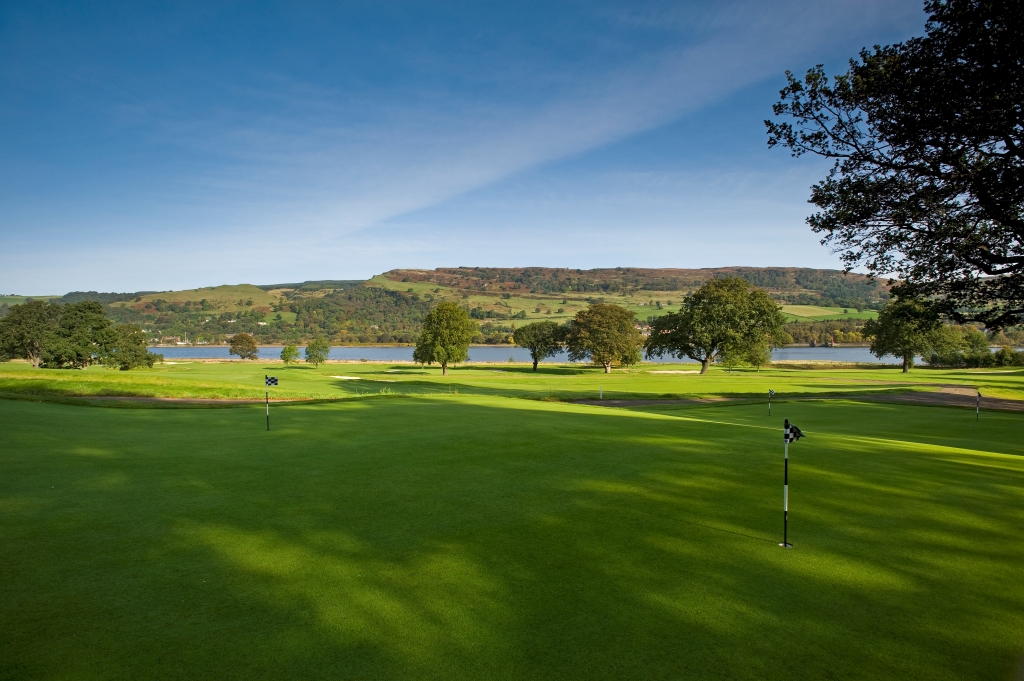 Amateur Craig Ross leads the Glenfarclass Open on seven under par after shooting a first-round 63 in the HotelPlanner.com PGA EuroPro Tour event at Mar Hall near Glasgow.

The Scotsman is one ahead of Northern Ireland’s Jonathan Caldwell (Clandeboye), Englishman Paul Lockwood (Hessle Golf Club) and New Zealand’s Harry Bateman (Royal Wellington Golf Club), who share second on six-under after shooting 64s for their opening round. Ryan O’Neill (Penwortham Golf Club) and Neil Chaudhuri (www.specialisteyes.co.uk) are tied fifth on five under, two back from the leader.

Ross was unblemished in his first round, making seven birdies on the par-70 course. As an amateur he is unable to compete for the £40,000 prize fund, of which £10,000 goes to the winner, and the Kirkhill Golf Club player believes that may mean he has less pressure to deal with than the rest of the field.

“I played well and got off to a good start,” he said. “I birdied the first and managed to knock it to about two foot on the fourth, which is a tough hole, and I kept it going from there. It was steady, solid play and I managed to take my chances when I got them.

“I think it is a bit easier for me because I am not playing for money; I can just go out and play. It is great to go out and play well and put that score together today. Tomorrow I can go out and relax and try and do the same.

“I wanted to see how I got on against the professionals. I think I will stay amateur for one more year as I want to get into the Walker Cup squad and then maybe turn pro at the end of next year.”

The Glenfarclas Open is a 54-hole strokeplay event, with a cut to the leading 50 players and ties to be made after Thursday’s second round.

The tournament is the final main-season event on the 2014 HotelPlanner.com PGA EuroPro Tour, and at the end of the week the top 60 on the Race To El Gouna will be invited to play in the season-finale Visit Egypt Tour Championship. The top five players on the Race To El Gouna at the conclusion of that event will earn categories for the 2015 Challenge Tour.

Highlights of the Glenfarclas Open will air on Sky Sports HD on Tuesday, September 16 with repeats the following day. Spectator entry is free throughout the week and live scoring can be found at www.europrotour.com.