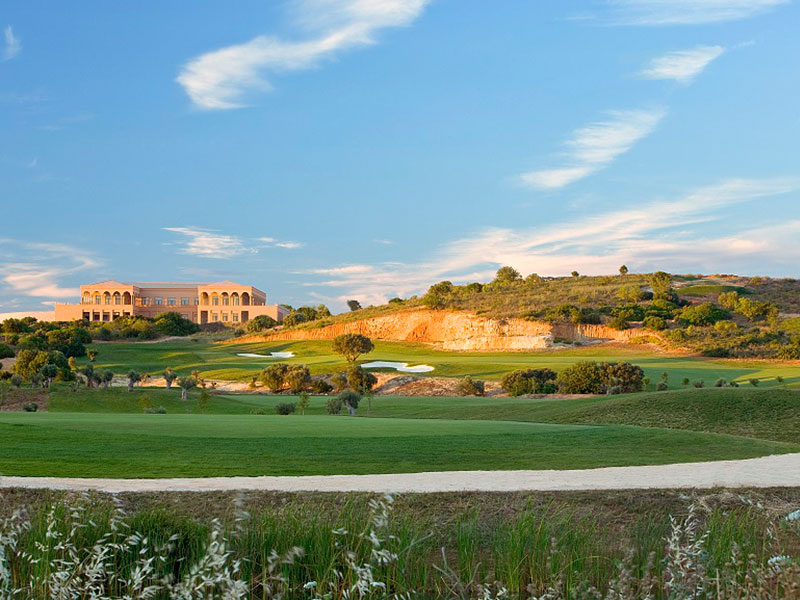 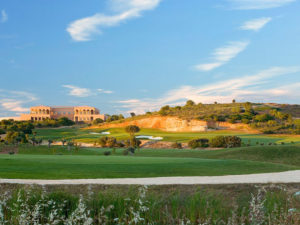 The HotelPlanner.com PGA EuroPro Tour is thrilled to announce this year’s Tour Championship will be held on the Oceânico Faldo Course at Amendoeira Golf Resort in Portugal.

Commencing on Tuesday, October 24 and concluding on Thursday, October 26, the tournament will carry its biggest ever prize fund of £100,000, which could prove pivotal in securing a place in the Race To Amendoeira top five and the Challenge Tour card that comes with it.

The award-winning Amendoeira Golf Resort is located in central Algarve near the town of Silves and boasts two championship golf courses; the Oceânico Faldo Course, which will stage the HotelPlanner.com PGA EuroPro Tour Championship in association with GolfVillaRentals.com, and the Oceânico O’Connor Jnr Course.

In a modern twist of a traditional recipe, cacti and wild herbs replace the role of Sunningdale’s heather, spartan Holm oaks and ancient olive trees take the place of a lush English woodland, and desert scrub bunkers of crushed limestone replace Berkshire’s sandy tracts in a golf course that revels in the classic principles of strategic play.

Only the top 60 golfers on the tour’s Race To Amendoeira after the final event of the regular season at Moor Allerton Golf Club qualify to play the Tour Championship.

The tournament will be filmed for a two-hour highlights package to air on Sky Sports in the UK in November, and on networks worldwide.

Christopher Howell, Chairman, Oceânico Group, said: “We are delighted to be working in partnership with the PGA EuroPro Tour to stage the Race To Amendoeira finale and look forward to welcoming the rising stars of European golf to enjoy our outstanding facilities.

“As a leading golf destination, with world-class amenities and an unrivalled provision of luxurious on-site accommodation, Amendoeira is ideally positioned to stage top-level competitive golf and I know we will provide a unique experience for all competitors.”

“For the first time our prize fund will hit £100,000 for this tournament and the Race To Amendoeira is sure to be the most intense it has ever been such is the quality of golf played on the PGA EuroPro Tour.”

“To be associated with the world’s largest development tour and being able to help aspiring golf professionals achieve their goals and ambitions is something we are very passionate about. The opportunity to be able to directly help and influence is something that we are looking forward to over the course of the season and beyond.

“As the UK’s specialist provider of Villa and Apartment packages on golf courses across the globe, we are certain our tailored solutions and in-depth knowledge will prove an invaluable asset to not only up and coming golf professionals but golf lovers from every club in the country.”