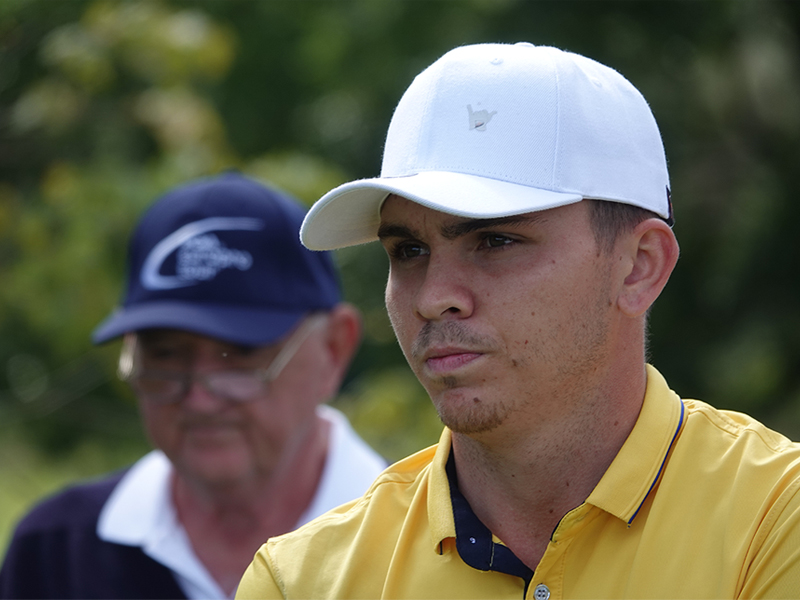 Ben Ferguson leads The PDC Championship at Studley Wood Golf Club on Day One in Oxfordshire.

Ferguson (The Vines) opened his week with a round of 68 (-5) to take the clubhouse lead with Declan Illingsworth, Corey Sheppard, Bradley Cox, Nick Marsh, and Niall Kearney one shot back on four-under.

He said: “It was good. It was very tricky, very windy. The course was already firm and it just seems to be getting firmer as kind of the day goes on so very pleased with five under.”

On a day where wind dictated play, a tough test became even harder as it swirled around the course making all but one of the par 5s into heavy gusts.

Sheppard (High Post Golf Club) carded four birdies and an eagle for 69 (-4) whilst Illingsworth (Formby Golf Club) was bogey-free on his front nine for 32 and level on his back nine.

Cox (Golfcatcher.net) made the most of the par 5s with four birdies made out of a possible five giving him a share for second along with Marsh (Huddersfield Golf Club) who found his feet on the back nine checking out on 32 (-5) recovering from one over on the front. Kearney (Royal Dublin Golf Club) had six birdies to sign for 69 (-4) also.

Conditions are expected to be very much the same on day two with heavy winds being the tale of the day ahead the penultimate cut of the season looming. An indicator of how tricky the course has played today comes with the scoring, only thirty-seven players are currently under par.

As mentioned, the cut will be made tomorrow to the leading fifty players plus ties before a final round on Friday.