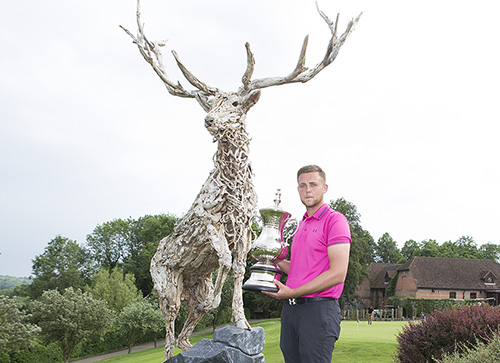 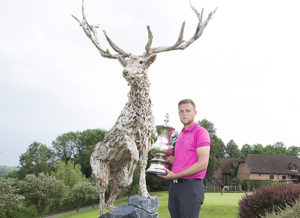 Billy Spooner clinched his first Hotelplanner.com PGA EuroPro Tour title by winning the Matchroom Sport Championship at Harleyford Golf Club with a final round of 68.

Boston West Golf Club’s Spooner started in sublime form, collecting two birdies in his first two holes, but was closely followed by Alex Lodge (Azego: The Component People) over the final 18 holes. But the 20-year old fought tooth and nail to capture his maiden title by a shot.

Starting the day as tournament leader, Spooner showed no signs of pressure as he collected four consecutive birdies between the 8thand 11thholes, made even more impressive after he dropped a shot on the 7th.

The ship was steadied until the 15th, when the former Junior World Champion bogeyed two consecutive holes, allowing Lodge to temporarily creep into the top spot with two left to play.

Nerves got the better of Lodge heading down the 18thas his wayward tee shot landed out of bounds, and gifting Spooner with one final chance to clinch the title with a par at worst. He made no mistake on the green, and comfortably two-putted himself to his first tour win.

Speaking afterwards he said: “It feels brilliant, it is nice to get the job done. I played the practice round really well but didn’t want to get too carried away. Thankfully it all came together when it mattered.”

Enroute to his first EuroPro Tour title the Lincolnshire lad set a professional course record, shooting a 64 second round to put himself in the driving seat. He said: “I was feeling confident but kept to my routine to make sure I could keep myself in front.”

The young man showed great resilience at the business end of his final round, especially after two consecutive bogies. He said: “I was still trying to play shot by shot but if I’m honest I was nervous. I’m glad I came through it and got the win in the end though.”

On his ambitions for the season he said: “If I keep working hard and listening to those around me I think I can achieve anything I want. I put one win to bed today and hopefully I can get some more.”

Spooner’s course record lasted all of 24 hours, as Ireland’s Brian Casey shot a superb nine-under par (63) to finish tied for third, a round which consisted of nine birdies and one eagle.

Highlights of the Matchroom Sport Championship will air on Sky Sports Golf on Tuesday 12thJune.

The next HotelPlanner.com PGA EuroPro Tour event is the PDC Golf Championship at Studley Wood Golf Club in Oxfordshire from 6-8 June.