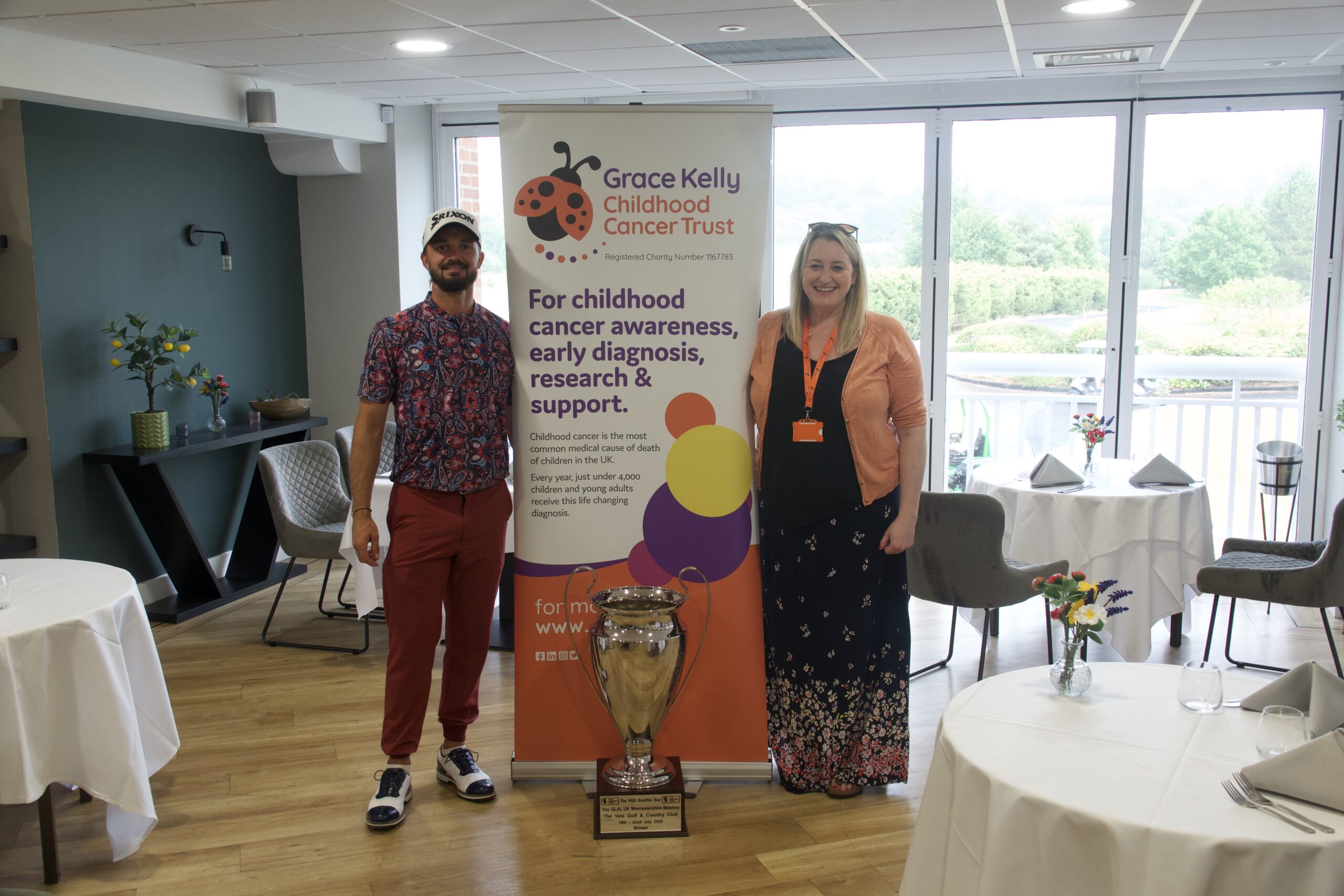 Brandon Robinson-Thompson has been crowned a PGA EuroPro Tour champion for the very first time at The Vale Golf & Country Club; the 29-year-old moves to 2nd in the Order of Merit.

When Brandon Robinson-Thompson departed the 18th green at Abridge Golf & Country Club three weeks ago, he headed to the scoring office to confirm his third and final round score.

The Englishman had been in contention throughout the entire day, and the PDC Golf Championship looked destined to be heading in either his or Pavan Sagoo’s direction.

Back-to-back bogeys on 16 & 17 opened the door for Sagoo, who would go on to win in emphatic style – recording a four-stroke victory.

As Robinson-Thompson headed to his car, ferocious cheers and applause could be heard from behind.

That ruckus was to celebrate the new champion in Sagoo, but Robinson-Thompson knew his time would come.

“When I reviewed my own performance, I realised that I had left a few shots here or there, but I focused on that final round as it’s the most recent,” he remembers.

“Could I have saved a few during that final round? Yes. However, Pav did that and all credit to him, he literally balled out and did not make any mistakes.

“Sometimes, somebody plays really well and all credit to Pav for doing that,” he finishes, with a beaming smile on his face.

In as little as 21 days, Robinson-Thompson would himself be crowned a champion on the PGA EuroPro Tour.

How did he do it, you ask? Determination, belief and ultimate confidence in the process that he follows so religiously.

“I’ve had a bit more belief in what I’ve been doing; I’m trusting my swing coach, trusting the approach to the golf course and tackling tournament golf differently,” he revealed.

“I’m a lot more disciplined this year, a lot more focused and patient. Yes, I’ve made mistakes, but I’ve learnt from them and I’m learning all the time.”

Discipline is a word used heavily in golf. After all, it separates the champions from the dreamers.

You can’t simply waltz your way into professional golf and reach the top of the gruelling ladder – this journey is a life-long process that can’t be hurried or rushed.

Putting in the rain and practicing in the snow; a true champion doesn’t allow outside influences to dictate their career progression.

Whilst Robinson-Thompson will – understandably – dance the night away, his day’s work was no easy task and his title aspirations often looked in danger.

The leading two groups will look back at today’s front nine and wonder, what if? ‘What if that putt dropped, what if I made better decisions, what if it was my time to shine?’

Typically, the Friday leaders look to race away – with a few exceptions such as Jake Ayres’ dramatic surge through a stacked leader board at Studley Wood – and make it a two or three-man show.

The complete opposite took place today as the overnight leaders failed to build on their advantage. In fact, they had opened the door for the likes of Jeff Wright and James Allan – two players who had teed off hours before the final trio.

Robinson-Thompson had endured a frustrating opening nine, carding 39 (+3), but a strong drive at the par-5 10th looked to tilt the scales back in his favour.

Attempting to reach the green in two, his ball fell short of the putting surface and trickled into the water hazard that had ruined so many rounds this week.

A testing up-and-down was needed for par and that’s exactly what the Englishman produced when the stakes had never been higher.

That putt would initiate a six-hole par streak, but three more pars simply weren’t enough – Allan and Wright were in the clubhouse with the same score.

That suddenly changed at the par-5 16th, as the 29-year-old’s 231-yard approach found the green and left an enticing putt for eagle. Whilst that effort failed to find the bottom of the cup, a tap-in birdie pushed him into the outright lead, and he found himself in the position he proudly occupied overnight.

Perhaps that moment would have been more satisfying if it wasn’t for the menace that is Joe Brooks, who struck the sweetest 3-wood from the rough – leaving 15-feet for an eagle of his own.

Of course that putt would sink, catapulting him to five-under and only one back from the eventual champion.

A bogey at the following hole slammed the door on Brooks’ ambition for his maiden title, but there was one more chance for glory – the troubling closing hole.

Both players would find the fairway and strike their approaches close, with Brooks and Robinson-Thompson finishing with birdie.

The duo have been exceptionally consistent this year and while today wasn’t Brooks’ day, make no mistake: the Hertfordshire-based golfer will be back – and with vengeance, too!

The character of Robinson-Thompson is fascinating; the most recent champion truly is calmness personified.

His mindset, approach and general feeling around the golf course is not something that can be developed overnight – this is years of hard work, determination and trusting not only the game you possess, but yourself as a person.

“I finished 31st in the Order of Merit last year, but I did not think I was the 31st best player on the tour,” he discloses.

“I learnt a lot over the last year, and I set myself a new goal for this campaign: finish 1st in the Order of Merit and be the best player of the 2022 season.”

What’s remarkable about Robinson-Thompson is the fact that promotion to the Challenge Tour simply isn’t enough – he needs to be the greatest player throughout the entire year.

“You have to do the little things to be able to get the results. It’s a lot like golf – if you do the right things, good things happen; you play good golf and you finish where you deserve.

“The win proves that I can win, and believe me I knew I could win, but actually doing it is something completely different.”

When quizzed about how he’ll tackle the remainder of the season, it’s as if this victory hasn’t even happened – it doesn’t alter the plan whatsoever. He’ll remain committed to the events that he had previously planned. After all, you can’t finish at the summit of the Order of Merit without competing at every tournament – and competing hard, too.

This was Robinson-Thompson’s first victory for almost three years, and he was delighted to get that glorious feeling pulsing through his veins once again.

“I could have gone a lot crazier [after winning the title], but I had my best mate with me – we’ve known each other since we were nine years old – and he’s been on my professional journey with me from the beginning.

“I guess it made it a little more special but I have not won for a very long time – at a professional level. I knew I could be winning and it’s good to finally get over the line.”

Another huge congratulations to Brandon Robinson-Thompson, who will undoubtedly experience a heavy weekend after such a monumental and impressive display in Worcestershire.

The champion will be taking over our Instagram story on Tuesday, so please feel free to ask him questions about absolutely anything (keep it clean, of course!).

We would also like to thank The Vale Golf & Country Club for a phenomenal week. Their entire team have been nothing but accommodating and their beautiful golf course provided the ultimate test for this year’s field.

Next up is a trip to Slaley Hall Hotel, Spa & Golf Resort for the QHotels Collection Championship – we’ll see you in Hexham for another riveting week!

In the meantime, enjoy your weekend and raise a glass to Robinson-Thompson – a worthy champion who has been knocking on the door all season.