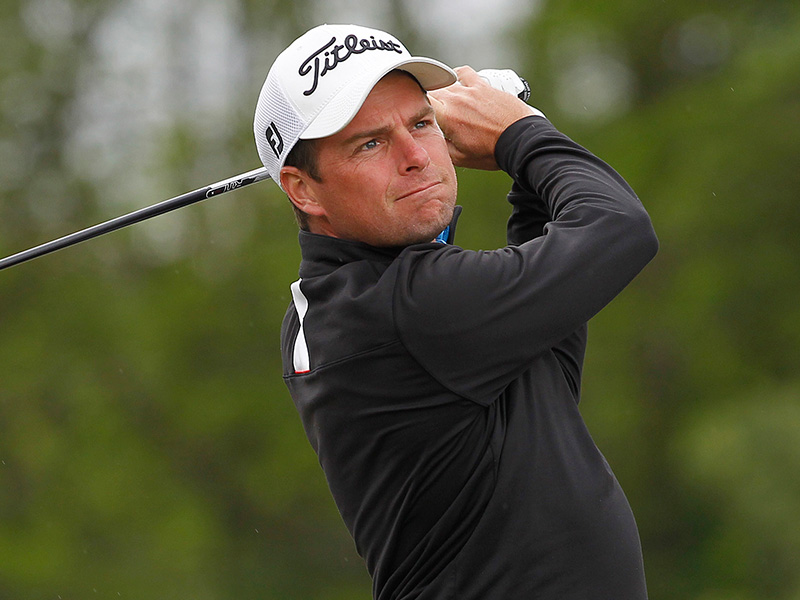 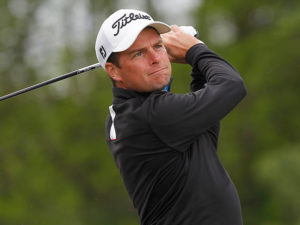 Brilliant Billy Hemstock set his second course record in three weeks, carding an eight-under-par 63 at Close House to give himself a two-stroke lead ahead of the final round of The Lookers Championship.

Hemstock (Teignmouth Golf Club) claimed his fourth career HotelPlanner.com PGA EuroPro Tour title when he shot a record ten-under in the final round of the Eagle Orchid Scottish Masters at Montrose three weeks ago, and is on-track to land a fifth EuroPro trophy after his mesmerising second round on the Colt Course.

The Devon golfer tops the leaderboard on ten under, with nearest challenger James Steven (Clydeway Golf) two back after rounds of 68 and 66 on the par-71 course. Richard James (Aberdovey Golf Club; 67, 68) is third on seven under.

Hemstock was three under on the front nine with birdies at the 3rd, 6th and 7th. Coming in he birdied the 10th, 13th and 15th and completed his record-breaking round by breaking par at the final two holes.

@PGAEuroProTour @LookersGroup @CloseHouseGolf it was awesome to watch. Flawless. Short game like Billy Casper, not Hemstock

Both of Hemstock’s playing partner’s tweeted after the round with Callum Macaulay quipping; “It was awesome to watch. Flawless. Short game like Billy Casper, not Hemstock”. Jordan Godwin concurred: “It was amazing to watch! Class from tee to green. Short game was out of this world!”

It was amazing to watch! Class from tee to green. Short game was out of this world! 👏🏻 https://t.co/TSqNpDe5vc

Hemstock himself said: “It was good fun today. We had a good group and Callum and Jordan both played well. I kept going, made a few more birdies here and there and it was good. We had some rain on and off for our first 15 holes but it wasn’t torrential.

“It is good to be in contention again. I have been in contention in the last three tournaments so that is a good sign. Tomorrow is another day and a different set of challenges, so we will see how we go.

“You have to put your ball in play here, and the greens are quick which is nice. The course is in great condition.”

Tournament sponsors Lookers have been offering a different car during each round for a hole in one on the 9th. So far a Nissan Juke and a VW Polo have both gone unclaimed but golfers have the opportunity to take home a brand new Audi A1 should an ace be achieved in the final round.

A cut to the leading 50 players and ties has now been made, with all those two over par or better making it through to Friday’s final round, where the winner will take home £10,000 from a £50,000 prize fund.

Spectator entry is free throughout and live scoring can be found at www.europrotour.com.
A two-hour highlights package from Close House will be broadcast on Sky Sports on Tuesday, August 9.