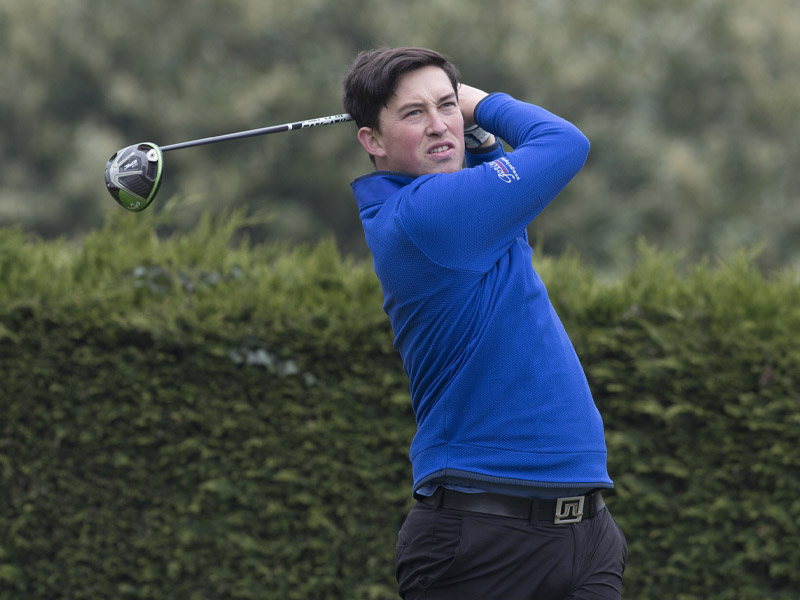 For PGA EuroPro Tour golfer and PGA Professional Michael Bullen 2020 was a year like very few not least due to the COVID-19 pandemic. The 28-year old won the PGA Assistants Championship and PGA Play-Offs in 2019 sealing invites to both the BMW PGA Championship and British Masters in 2020. When the COVID-19 pandemic struck it was never going to be easy, but Bullen got back out there and successfully defended his PGA Assistants’ Championship title emulating two former Ryder Cup Captains in Dai Rees, and Harry Weetman by defending the championship.

A missed cut at the Betfred British Masters at Close House wasn’t quite what Bullen envisaged after winning the play-offs but he wasn’t deterred and followed it up by making the cut at the BMW PGA Championship making an eagle on 18 to sneak above the cut line.

It’s a story that Bullen can’t wait to tell, how a year so disrupted by the pandemic had turned a corner in one golf shot. “It was probably the best feeling I’ve ever had on the golf course!” he told the PGA EuroPro Tour. “The relief to see the ball pitch on the green and know I had made the weekend was a great feeling. Moving up the leaderboard over the weekend really gave me the confidence that I can compete with those guys at the top of their game.”

It was a no-lose situation for Bullen who knew he needed to go big something that he normally wouldn’t do, “I like to think of myself as quite a conservative player but when the time is right, I like the aggressive shot!”

The Worthing golfer has learned a lot from one missed cut and one top forty finish on the European Tour in 2020, he knows there’s only a fine line between those at the top and those battling it out across developmental tours around the globe. “I think the main difference is how calm they remain. Never seem to be flustered,” said Bullen. He made 10 cuts from 14 in his last EuroPro season and Bullen’s grateful he can test his mettle for a living: “I don’t really have a motto as such, I always try my hardest to enjoy myself and consider myself lucky to be able to play tournament golf.”

The Betfred British Masters at the Belfry this time around next week, with Bullen, set to peg it up and seize any opportunity he can lay his hands on taking advantage of an invite set up by his play-offs victory in 2019. He admits he hasn’t played at the former Ryder Cup venue before but that will not faze him. He’ll then follow it up by starting on the Challenge Tour for the Irish Challenge at Portmarnock Links before getting his PGA EuroPro Tour season underway weeks later at Donnington Grove although a good finish could see another Challenge Tour start, “I’m excited about this season, I expect to have a good year and hope to be in contention a few times.”

The PGA EuroPro Tour recently launched Monday Qualifiers ahead of the 2021 season, “Monday Qs are a great idea for the EuroPro Tour. It gives players opportunity which is all you need as a golfer, the best players take advantage of those opportunities as we have seen with some EuroPro players over the past few years.” said Bullen.