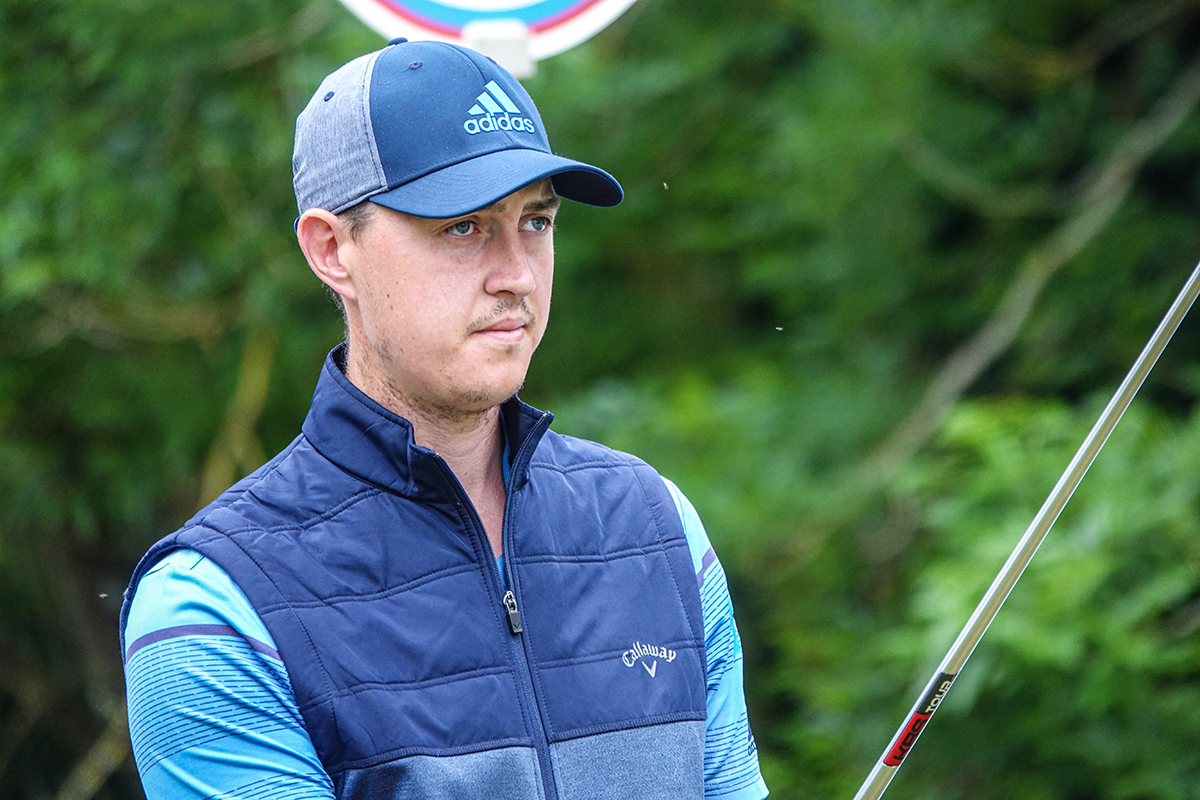 Robert Burlison and Joe Dean hold a share of the lead at nine under going into the final day of The GLAL.UK Worcestershire Masters at The Vale Golf and Country Club in Pershore.

Burlison of Enville Golf Club is stopping at home this week and it clearly paid dividends with a burst of birdies at 15, 16, and 17 to sign for a second round 67 (-5) to move tied for the lead after an opening day 68 (-4).

The 2019 Q School winner goes into the final day holding a one shot buffer with Dean: “I really like the course so far, I feel it really suits my game, obviously have to keep it in play. It’s been a mixture of driver and two irons. There is quite a few doglegs right to left which suits. I generally get a fade with the driver.”

Burlison on stopping at home and using it to his advantage: “Sleeping in your own bed. Home comforts you know. Mum’s making my tea tonight. It’s nice, it’s going to be the only one this year I should think.”

Dean of Worksop Golf Club was bogey-free as he went around in six under for 66. He admitted that despite the card looking clean there was a lot for him to work on: “I’ve been hitting the ball really nicely off the tees. My short game could probably be a bit sharper so going to do some chipping and putting after this (interview with EuroPro Tour). Last day at Montrose, Open qualifying at Hollinwell, just my short game sort of evaporated. I couldn’t figure out what I was doing so wrong.”

Overnight tied leader, Sam Locke (Paul Lawrie Golf Centre) didn’t take long to get in on securing his place in the final group tomorrow penning a second round 69 (-3) to be the best of the rest and right behind Burlison and Dean in search of the title.

Ben Hutchinson has had some week securing a place in The Open on Tuesday evening. Hutchinson followed it up with the round of the week so far with a 64 (-8) second round to be two shy of the lead. The Howley Hall Golfer going out in 30 (-6) recovered from his one over first day triumphantly, to sit tied fourth alongside Ryan Brooks (Whittington Heath Golf Club) and Jeff Wright (Forres Golf Club). Both Brooks and Wright taking second day 67s (-5).

Watching proceedings above them with a keen eye will be four at six under with plenty of winning pedigree in the ranks. John Parry (Harrogate Golf Club), Simon Lilly (Wellingborough Golf Club), Tom Sloman (Trinifold Sports), and Dan Brown (Romanby Golf Club / G4L) all in contention and inside the top ten.

A word for George Woolgar (GFC) too, who came back from a 76 (+4) opening round with a second round 66 (-6) to move on the cut line to ensure another final day bow whilst William Farley (Torquay Golf Club) made his first cut on the Tour after a 71 to go to three-under. Farley is relishing playing in the final round: “I’ve played a lot of regional stuff. It’s like big fish in a small pond almost. You come into this level and you’re a small fish in a big pond and it puts doubt in your mind so you miss three cuts in a row, and you think are you good enough? It’s just doing those steps. It’s just fantastic.”

The cut fell at two under and fifty plus ties set to compete in the third round with eight players within a few shots of the lead.

Keep track of how the final day unfolds from The GLAL.UK Worcestershire Masters by downloading the EuroPro Tour app and following us on social media. Facebook, Instagram, Twitter.

Highlights will first air for The GLAL.UK Worcestershire Masters at The Vale Golf & Country Club supported by Blackstar Golf on Sky Sports Golf at 6 pm on Tuesday 20, July with further airings throughout the week. A full listing of showings can be found here.

Five tied for the lead after day one at The Vale