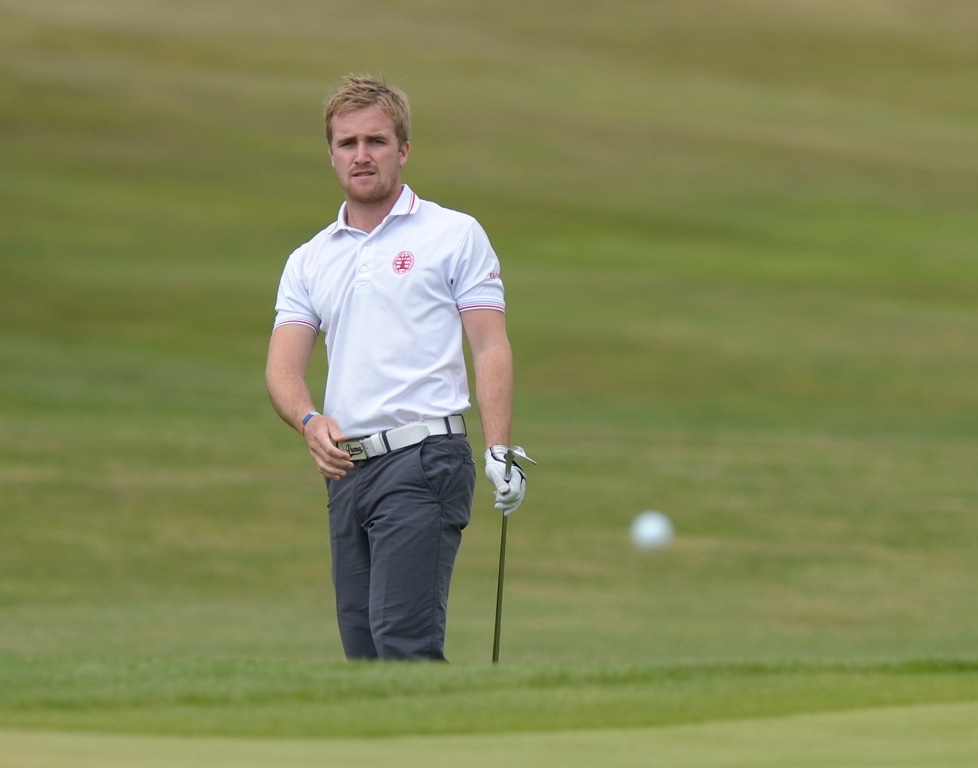 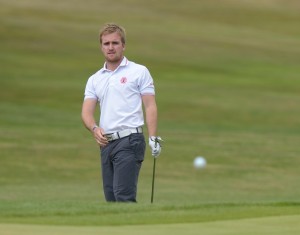 Robbie Busher leads the COBRA PUMA GOLF Open by one stroke from Tim Rice and Jonathan Caldwell ahead of the final round of the HotelPlanner.com PGA EuroPro Tour event at the Carrick on Loch Lomond.

Rookie Busher has enjoyed a productive debut season with four top ten finishes already this summer. He carded a second-round 66, five under par, to lead on six under with 18 to play.

Busher (Salisbury and South Wilts GC) went out in 31 having started at the 10th. He made birdies at 11, 14, 15 and 18 before breaking par again at the 2nd. Bogeys at the 4th and 6th were both quickly cancelled out as he birdied the 5th and 7th holes to sign for a 66.

“I was good off the tee and I putted well today,” said Busher. “My iron play will need to be better tomorrow.

“It has been a good season. I have put myself sort of in contention but not quite going into some final rounds. I will be last group tomorrow and I am looking forward to it. I don’t think it will faze me that much.

“I am not actually playing my best golf and I am not technically quite where I want to be, so the fact that I am up there but am not 100 percent happy with my game can only put me in good stead.

“I did a lot of work in the off season. I am pleased to have put a lot of good rounds together this season.”

The best round of the day was carded by Greg Payne (Chobham Golf Club), whose seven-under-par 64 saw him move from four over par to three under and a share of sixth.

The COBRA PUMA GOLF Open is a 54-hole strokeplay event. A cut to the leading ties has now been made with golfers three over par or better proceeding to play Friday’s final 18 in front of the TV cameras on Friday.

A two-hour highlights programme will air on Sky Sports on Tuesday, August 18. Spectator entry is free throughout and live scoring can be found at www.europrotour.com.