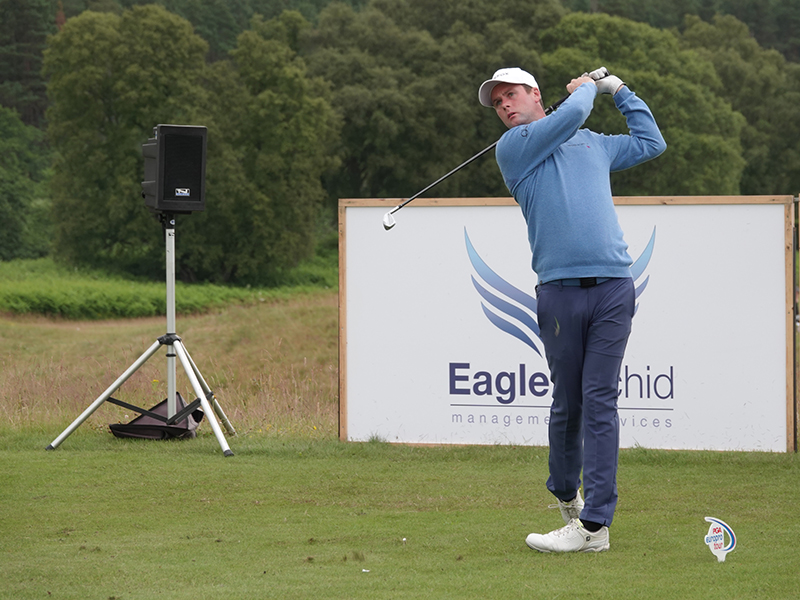 Caldwell and Young out in front at Spey Valley

Caldwell went bogey-free starting his day with two birdies before heading into the clubhouse with back to back birdies to set the gauntlet down.

Shortly after it was Young who matched him with the Scotsman firing on all cylinders thanks to seven birdies.

Lawrence Allan (Alva Golf Club) post posted a round of 67 (-4) to sit in fourth alongside Gavin Hay (Mearns Castle Golf Academy) and Billy Hemstock (Roehampton Club) on a day where gusts of over 30mph were blowing across the course.

Meanwhile, Brendan McCarroll (West Cliffs Golf Links) can be happy with his days work shooting a round of 68 (-3) to be seventh one shot ahead of Andrew Arft (Kirby Muxloe Golf Club), Bradley Moore (Kedleston Park Golf Club), and Niall Kearney (The Royal Dublin Golf Club).

Several players are all on one under