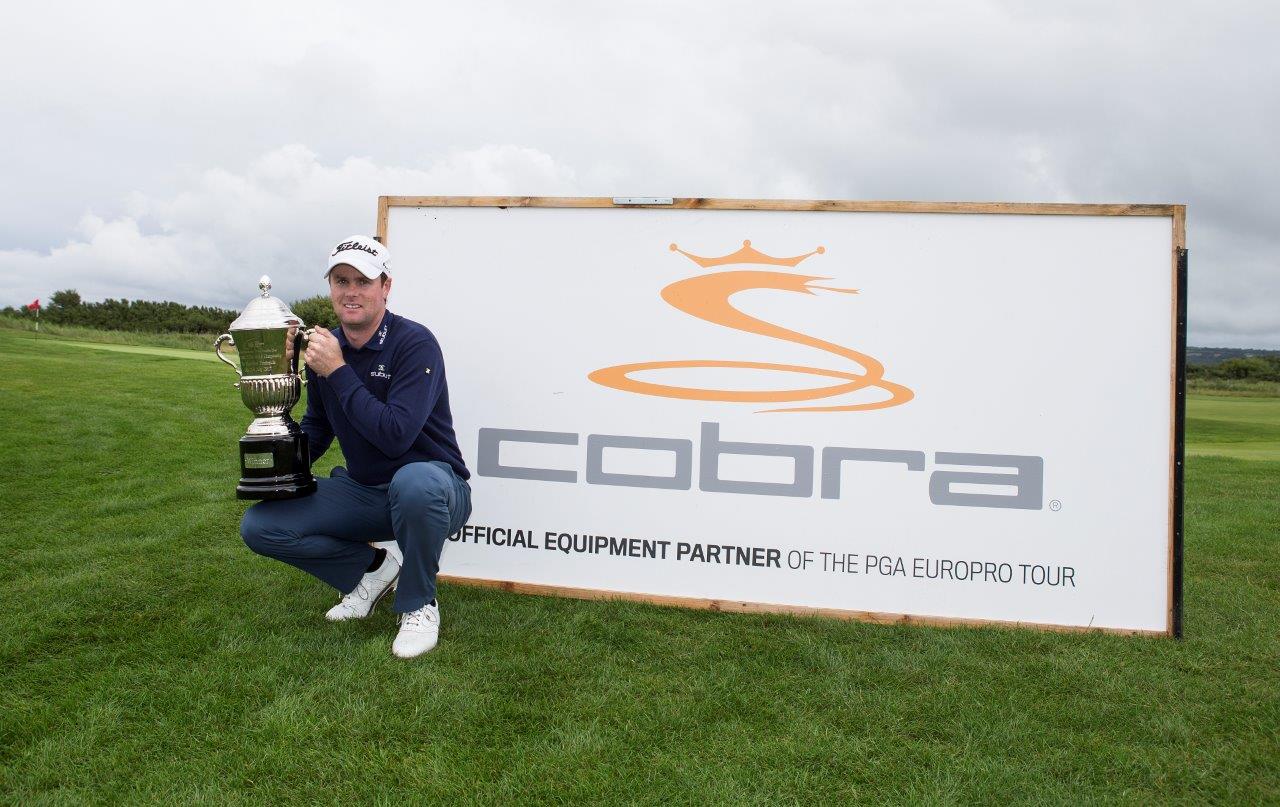 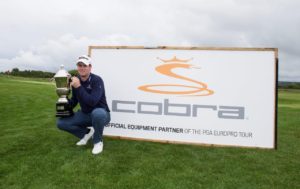 Jonathan Caldwell carded a final-round 69 to win the COBRA PUMA GOLF Championship by two shots on nine under par on a wet and windy day at Machynys Peninsula Golf Club in Llanelli.

The HotelPlanner.com PGA EuroPro Tour event was suspended for 1 hour 45 minutes in the early stages of the final round due to heavy and persistent rain causing standing water on the course. At that stage Caldwell (Clandeboye Golf Club) led on seven under par, with overnight leader Chris Evans (Hatchford Brook Golf Club) having started with a double and then triple bogey.

Jason Timmis (Greenway Hall Golf Club) put pressure on the Northern Irishman with a fantastic final-round 67, five under par, to finish seven under but four birdies to just one bogey on the back nine saw Caldwell to nine under and his second EuroPro title. 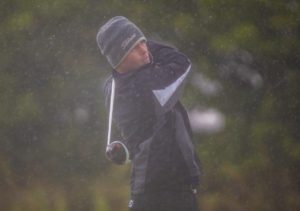 “It has been a long day, but I am absolutely over the moon,” said Caldwell, who wins £10,000 as well as a brand new Motocaddy S3 PRO electric trolley with lithium battery, Bushnell Pro X2 Range Finder and Bolle sunglasses.

“I made two par saves at 16 and 17 and they were massive. There were always going to be holes where you have to scramble and it just happened to be two of my last three, but I am delighted to get the job done.

“It was a game of patience. Pars were huge out there and birdies are even bigger. It is massive to get the win, you need to on this tour, and it would be great to get another win and secure that top five position on the Race To Amendoeira.”

Caldwell climbs to third on the tour rankings, from which the top five at the end of the season earn promotion to the Challenge Tour.