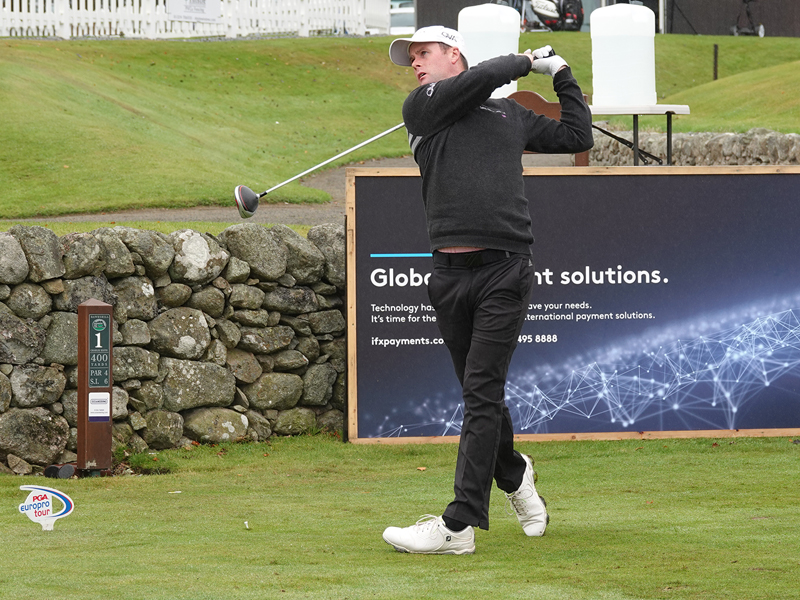 Jonathan Caldwell holds a two-shot lead going into the final round of The Newmachar Golf Club Challenge in Aberdeen after a dominant second day showing.

Caldwell (Clandeboye Golf Club) signed for 67 (-5) in an effort that gives him a two-stroke over his nearest peer with 15 birdies so far this week.

John Parry (Harrogate Golf Club) is the man on Caldwell’s tail after rounds of 65 and 68 for eleven under with two birdies on his last three holes to make up ground.

Jack McDonald (Kilmarnock (Barassie) is tied for third after an immaculate knock of 65 (-7) for the best round of the day putting himself well into the mix along with Ben Hall (TSR Recruitment) and Will Enefer (Retail Furniture Ltd). Hall and Enefer were both bogey-free on rounds of 66 (-6) to go up to ten under.

Billy Spooner (Boston West Golf Club) sits in a strong position going into tomorrow posting 69 (-3) to go with his opening round of 66 (-6) to be tied sixth with Paul McKechnie. McKechnie also had the best round of the day for 65 (-7) bogey-free.

The cut moved to -2 early in the day before slipping to -3. A hole in one for Alex Nicholls (Goring and Streatley Golf Club) wasn’t enough for him to make it whilst Alfie Plant (Sundridge Park Golf Club) missed out despite going two-under on his second round.

It’s the final scramble for the top sixty in the Race To Desert Springs with fifty players plus ties battling it out in Scotland on the last day of the regular season.