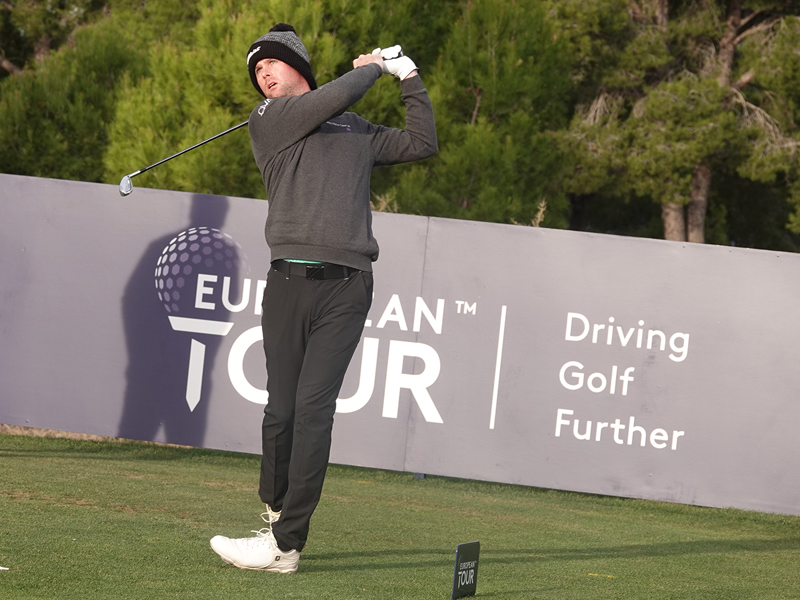 The Northern Irishman has plied his trade on the Tour for the last season and showed a clinical edge throughout the six rounds that many have got accustomed to seeing signing for 71, 69, 72, 67, 69 and 67 to clinch a Tour card for 2020.

Caldwell put together twenty six birdies over the course of the week but none were more crucial than bouncing back from a set back on 15, which moved him closer to missing out before bouncing back, with birdies on 16 and 18 to seal it for a total of thirteen under par.

He made the cut 14 times from 15 on Tour this season and was in the top ten seven times along with one second-place finish and two third-place finishes.

The mark to win a card moved throughout the afternoon before finishing up at twelve under needed to secure a top 25 and ties finish for playing rights on the European Tour.

Elsewhere there was more success for PGA EuroPro Tour alumni with Marcus Armitage and Laurie Canter both finishing in the top twenty five to secure European Tour playing privileges. Canter who plays his golf at PGA EuroPro Tour host venue Cumberwell Park, didn’t go over par all week shooting rounds of 68, 71, 70, 70 and 66 to finish sixth. Armitage was in brutal form throughout with a 65 on day four and a final round of 71 to seal his card.

The 2018 Order of Merit winner Dave Coupland also secured his European Tour card finishing up on thirteen under to get his deserves going from the PGA EuroPro Tour to the European in a year.

Dale Whitnell, who last played on the Tour in 2015, secured his card too, tieing with Coupland. The Englishman going around the Lakes Course for three-under on the final day.

All players mentioned here get full Challenge Tour status for the 2020 season.

Daniel Young’s final day round of 68 (-3) saw him fall just short by one shot on a European Tour card but still a fine week to be proud of with a 67 (-4) yesterday the pick of the bunch whilst Tom Gandy’s 69 (-2) for the second day running meant he missed out by one stroke.

Niall Kearney finished off level par to finish forty-ninth whilst David Dixon was one ahead at forty-ninth with both on eight under par. Meanwhile, Jordan Wrisdale, Daniel Gavins and Minkyu Kim all finished on six under.

Dane Benjamin Pole sealed victory holding a lead on the final day before extending it to six shots.

Who is moving up?

The PGA EuroPro Tour would like to take this opportunity to congratulate all the players who will be moving up from the Tour up to the Challenge Tour and European Tour. It’s a monumental achievement over some of the trickiest days of golf for a professional.