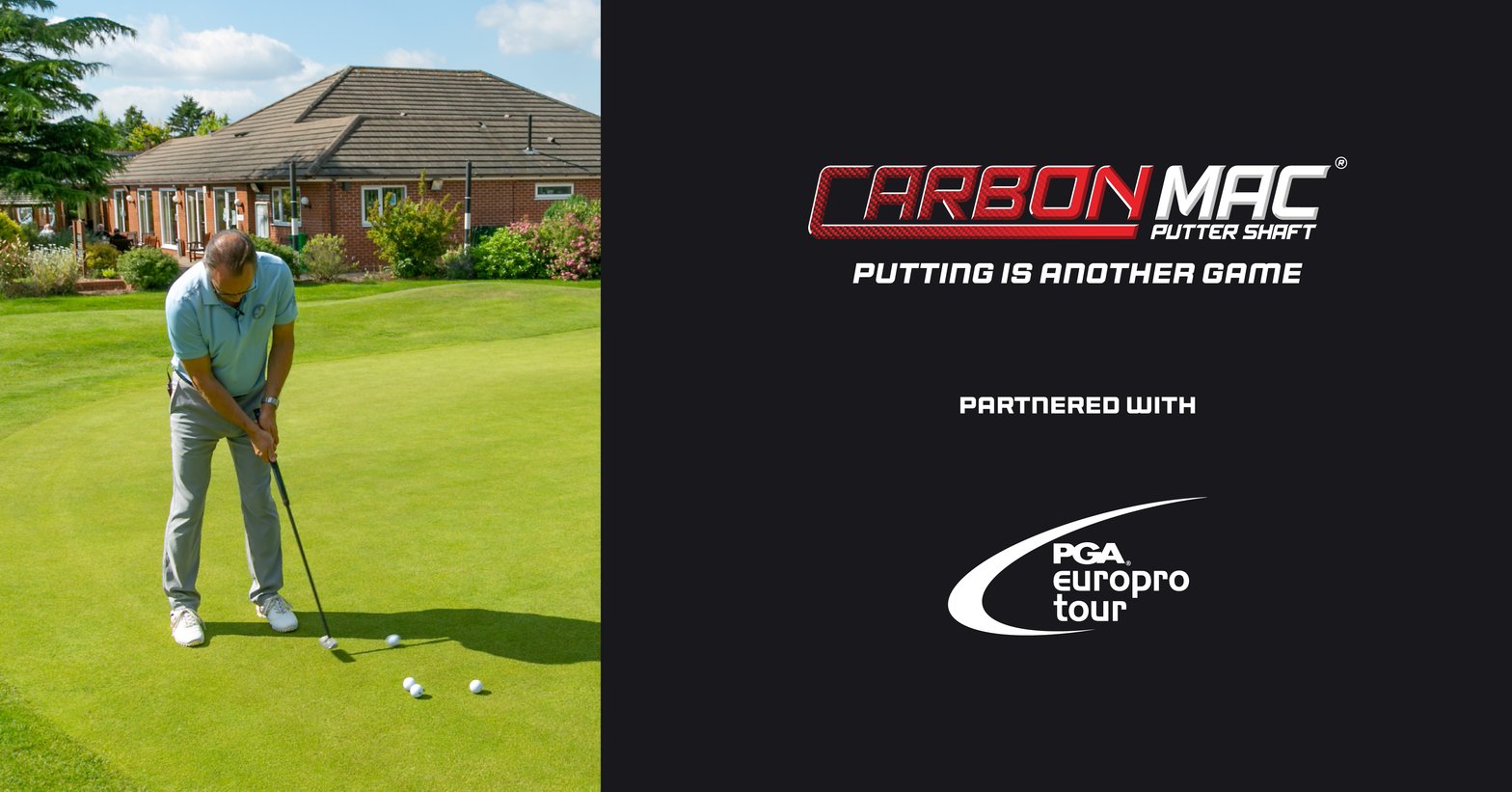 The PGA EuroPro Tour is delighted to announce Carbon Mac from Mac Golf as the new official putter shaft of the Tour, the most stable putter shaft yet.

The Carbon Mac is the most stable putter shaft yet and made from 100% ultra high modulus carbon fibre to create a shaft that’s lighter and stronger than steel, as well as 20% more consistent than any other putter shaft on the market.

Still early in its journey, the Carbon Mac has already broken new ground in putting and continues to push the boundaries in golf technology. The shaft has already been seen on both the PGA Tour and European Tour in the short time of it being in the public eye. The data behind the stats can be found here.

To celebrate, the Tour is giving away a one-off Scotty Cameron Phantom11 Putter with a Carbon Mac shaft and Cameron pistol grip. The putter would typically retail with the shaft at £530.

Raymond McMahon is the founder and the engineer behind Carbon Mac: “I developed the Carbon Mac Putter Shaft after working with Josh McMahon for 6 years through his Elite Golf Amateur years. During this time we realised with others, that the Putter shaft hasn’t improved that much if any for 30 years. So we decided to design our own Carbon Fibre version of a putter shaft. After researching what was available, even some versions with Carbon. I decided I could do better. So I made prototype shaft mandrels, and after many prototypes, I finally came up with Carbon Mac.

This shaft is made up of Ultra High-Density Carbon fibre. We are proud to say our product is made in the UK. This gives our company Mac Golf Products Ltd full quality control, and despatch of the Carbon Mac. We are a new company. But we have many years experience in the Golf Industry. My goal was to give all standards of players the same quality product the Tour Pro gets. I have achieved that with Carbon Mac. I look forward to improving the standard of putting everywhere.

Tour CEO Daniel Godding said: “Carbon Mac Putter Shafts are a revelation for the game of golf and there is no better place for the product to be introduced to the market than on the PGA EuroPro Tour. We’re delighted to be working with Raymond and his team. Carbon Mac Putter Shafts Players on the Tour will be given an exclusive offer for the Carbon Mac putter shaft that will be communicated.

Billy McKenzie shoots opening round of 60 at Castletown Golf Links