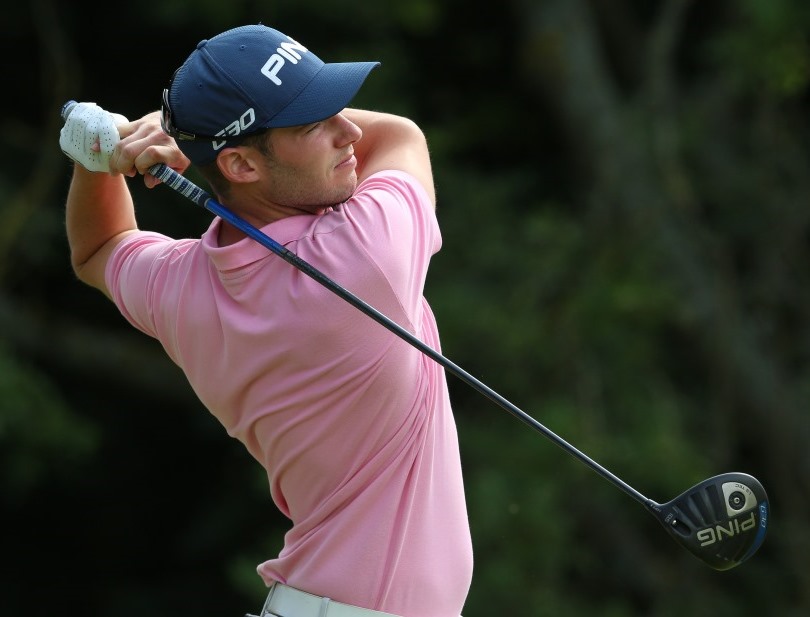 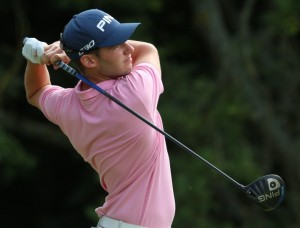 Brian Casey carded a second-round 64, seven under par, to top the Clipper Logistics Players Championship by one stroke on five under par with 36 holes to play at Moor Allerton Golf Club in Leeds.

The Irishman, who finished second in the Tree of Life Championship at Close House last week, is trailed by four golfers. They include Marcus Armitage (Howley Hall Golf Club), who pipped Casey (Headfort Golf Club) to the title in Northumberland, and his fellow Yorkshireman Chris Halley (Malton & Norton Golf Club).

Greg Payne (Chobham Golf Club) and James Ablett (Lee-on-the-Solent Golf Club) are also just one behind Casey, who went two better than the tournament’s next best round so far with his second-round 64.

“My goal today was to go out and pick my shots and make sure I controlled it in the wind, because yesterday I let a few shots slip and that cost me,” said Casey.

“Overall I am happy to get another under-par round in and I am looking forward to tomorrow.

“I have been in good form and have some good things to look forward to; I am playing Russia next week for my first start on the European Tour. I have been building towards that and the second place last week has really helped.

“Playing 72 holes suits me. I think it suits everybody because it gives you an extra chance to hit some form during the week.”

Casey had begun the day on the provisional cut mark but quickly moved away from that with a birdie at the 11th and an eagle at 12, having started on the 10th tee.

Two more birdies came at 16 and 17 to see him go out in 31 and he broke par three times on his closing nine, with a bogey at the 7th his only blemish.

Overnight leader Armitage slipped back a place and a shot having carded a second-round 72, one over par.

The 72-hole Clipper Logistics Players Championship began on Wednesday, August 26. A cut to the leading 50 players and ties has now been made with all those two over par or better proceeding to play a further 36.

Spectator entry is free throughout the event and live scoring can be found here.