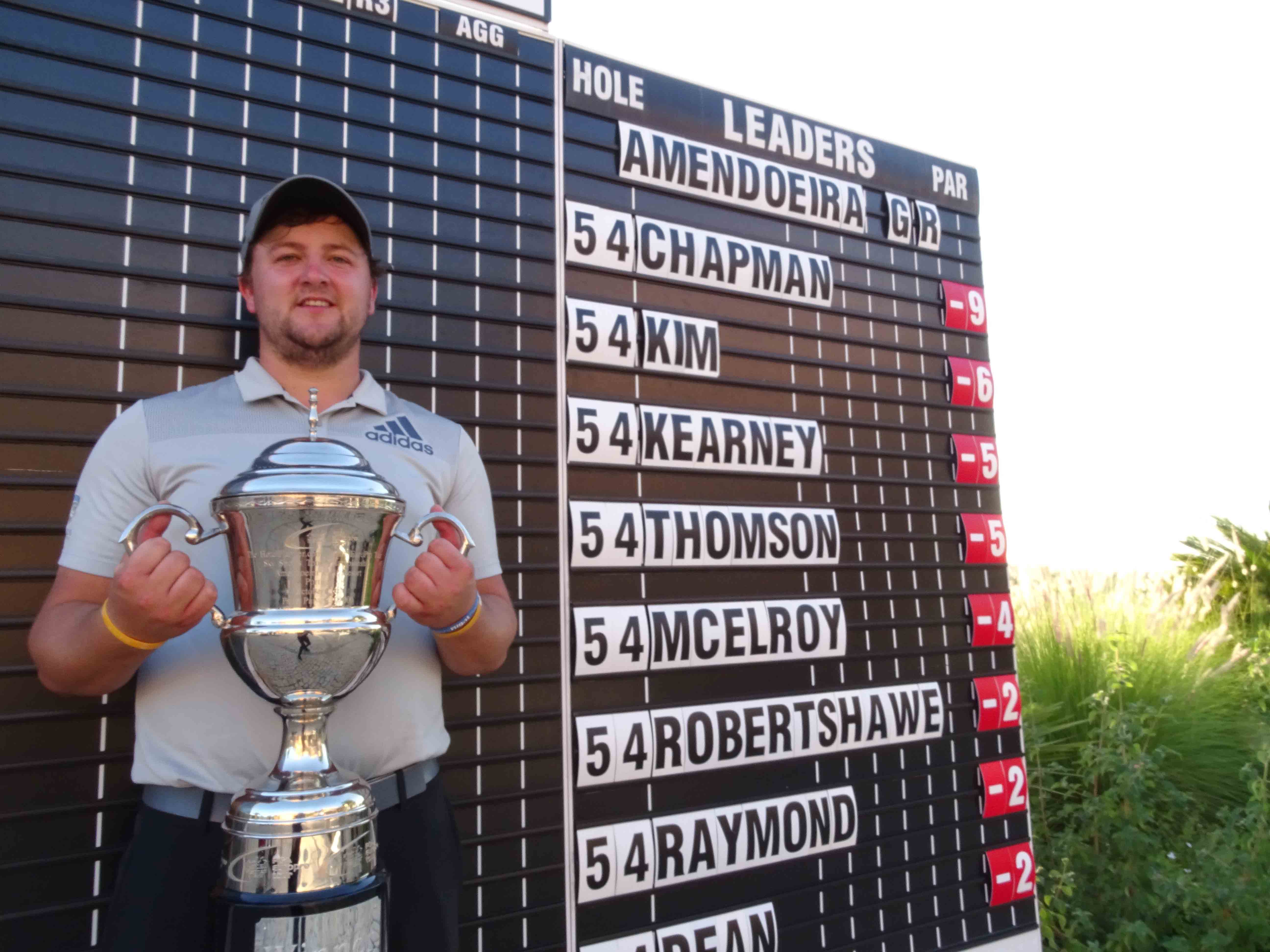 Adam Chapman clinched the HotelPlanner.com PGA EuroPro Tour Sky Sports Tour Championship in style, leading from wire to wire and collected an ace in the process.

Chapman (Carus Green Golf Club) started his final round in less than convincing fashion, picking up two bogies and just on birdie in his first six holes whilst MK Kim (Golfmind Korea) hit three birdies to tie the lead.

“In a way, it put my mind off the title and made me get a grip of myself. I preferred being level trying to chase the win; I almost felt too comfortable with a four-shot lead.”: said Chapman, who who wins £22,540 as well as a brand new Motocaddy S3 PRO electric trolley with lithium battery, Bushnell Pro X2 Range Finder and Bolle sunglasses.

His first win of the EuroPro season sees him finish third in the Order of Merit and earn a Challenge Tour card for 2018; he started the week ranked 54th.

After picking up an ace in his second round he almost repeated the feat on the 11th hole on his final round. He said: “I wasn’t attacking the pin as it was 163 yards into wind, but I pulled it. As I hit it I really thought this can’t happen again.”

With the season now complete the top five on the tour standings earn a category on next year’s Challenge Tour. Injured Chris Lloyd (The Kendleshire) claimed the top spot by less than £600, he is followed by rookie of the year MK Kim in second.

Chapman restored his lead to three shots heading into the last few holes. He said: “It didn’t feel comfortable at all, with Kim knocking flags out for fun it was tough, he is some talent.”

Spectator entry is free of charge throughout and live scoring is available at www.europrotour.com. Highlights from the Sky Sports Tour Championship at Amendoeira Golf Resort will air on Sky Sports Golf on 7th November.