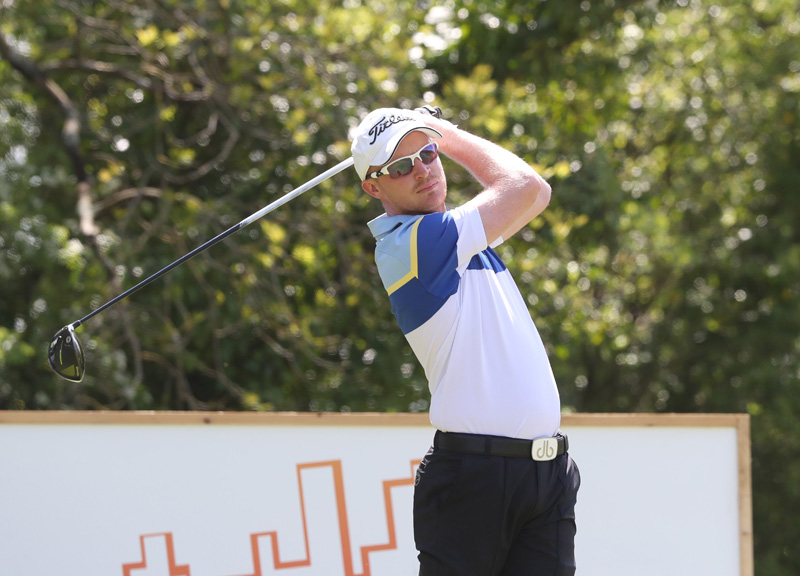 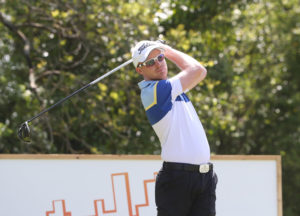 Andrew Cheese picked up just three bogies across 36 holes to head into the final round of the Nokia Masters at Mannings Heath Golf Club & Wine Estate at -10 and two shots clear of Thomas Robson in second place.

Cheese (Sutton Coldfield Golf Club), a former EuroPro title winner in 2014, was forced to suspend his first round yesterday after just six holes due to heavy rain and surface water on greens.

He said: “It was brutal yesterday, we only managed to play six holes which meant we had an early start today.”

However, it didn’t hinder his tournament, in a second day which saw him finish his first round at six under par which was then followed by a solid four under par second round.

Cheese said: “It was windy, but there was little rain, which meant is was much more score-able. I just managed to pull of the shots when I needed to.

“My mind set for tomorrow is the same as today, just to take it one shot at a time. Hopefully tomorrow we can commit to the start lines; because it was windy today we had to send it wide of the hole at times.”

He said: “It is a hilly course and I started to feel it on my legs over the last few holes but the adrenaline got me through it in the end.

“I’m really looking forward to tomorrow, my game has been there or there about but I haven’t been able to quite put it together. I’m glad that it’s improved this week and I’m able to give it a go.”

Elsewhere an impressive second round from Billy Hemstock (Teignmouth Golf Club) of six under par saw him make the cut comfortably with an overall score of four under par.

A cut to the leading 50 professionals and ties has now been made, with those even or better proceeding to play the final round, after which the winner will take home £10,000 from a £50,000 fund.

Spectator entry is free of charge throughout and live scoring is available at www.europrotour.com. Highlights from the Nokia Masters at Mannings Heath will air on Sky Sports Golf on Tuesday, 15 August.