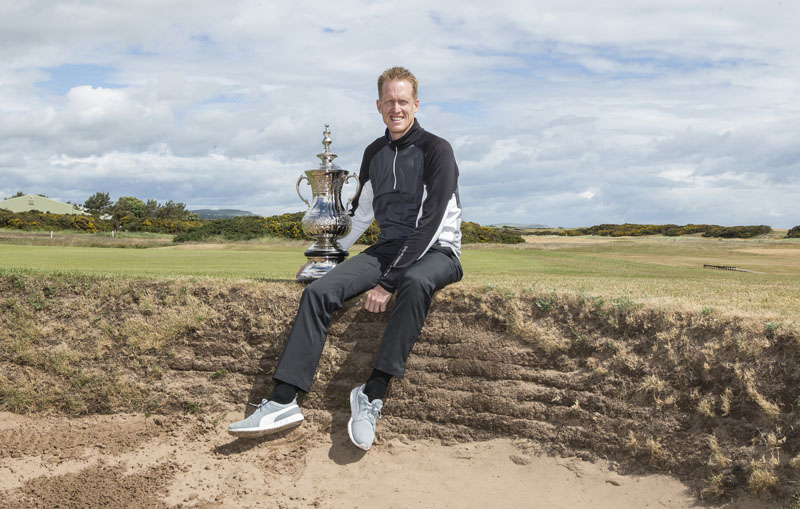 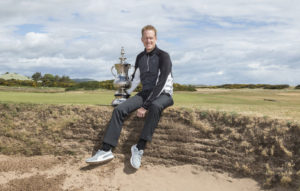 Chris Gane won the HotelPlanner.com PGA EuroPro Tour’s Eagle Orchid Scottish Masters after heavy wind meant the final round could not be played.

Gane (Left Handed Golf at Silvermere) was the overnight leader heading into the final round after carding consecutive rounds of 66 to lead by two.

In the end it was enough to give the 44-year-old his second EuroPro Tour victory on the Scottish coast. He said: “I feel great, it was a long wait this morning to see if we were going out or not. But when the news broke that I was the winner it was brilliant.”

He added: “I spent most of the morning watching the weather forecast and trying to not to let my mind run away with idea of not going out before it was confirmed.” 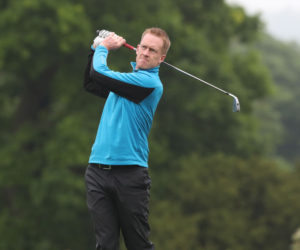 Two solid rounds from Gane which were typified in his par-birdie-birdie finish, one arguably the toughest finish the EuroPro Tour has to offer this season. Gane said: “Reflecting on that finish feels good now, they were tough holes into switching winds which asked a lot of me at the time.”

Gane joins three other golfers on one win this season, taking a step close to the coveted £250,000 four-win bonus. The win also moves him to top of the Order of Merit.

Highlights of the Eagle Orchid Scottish Masters will air on Sky Sports on 26thJune.