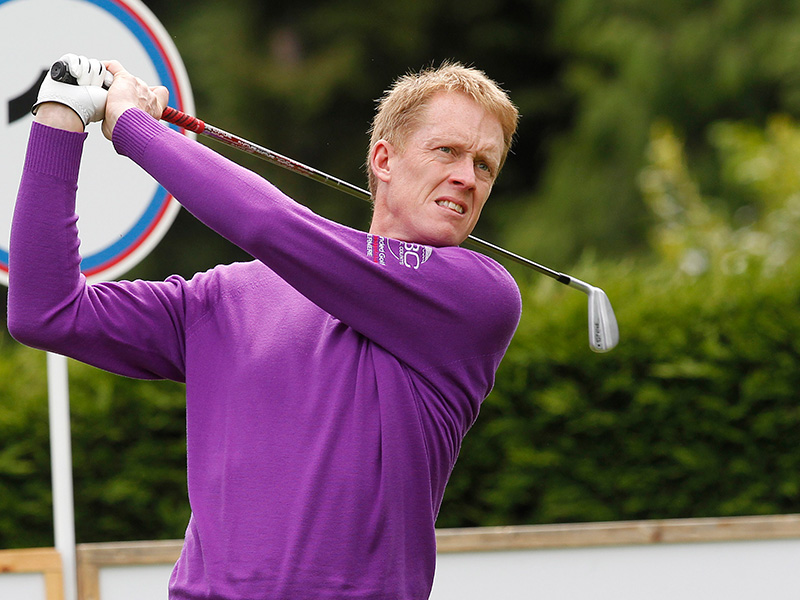 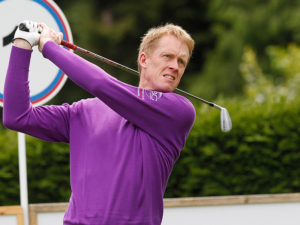 Chris Gane will defend a slender one-stroke lead when he tees off at six-under-par in the final round of the World Snooker Golf Masters at Army Golf Club on Friday.

The latest HotelPlanner.com PGA EuroPro Tour event has a bunched leaderboard with four golfers on five under and seven just two back on four under par after 36 holes at the Hampshire course.

Gane (Lefthandedgolf at Silvermere) shot a second-round 67, four under, to move to the top of the scoreboard as 18-hole leader Mark Laskey (Brocket Hall/Team Honma) dropped three shots coming in having started on the 10th tee to join those tied in sixth place on four under.

Gane’s second round consisted of birdies at the 1st, 3rd and 7th on the front nine but his only bogey of the round came at the 4th. On the way in he broke par twice more, with a four at the 12th and a three at the following hole.

Among those tied second is home favourite Sam Robertshawe (Puttenham Construction/Army GC). He has shot rounds of 69 and 68 to reach five under. Jason Timmis (Newcastle-Under-Lyme GC) is also just one off the pace, along with Matthew Cort (Beedles Lake Golf Club) and Andrew Marshall (Bawburgh Golf Club).

Cort and Marshall will play together again in the final round at Army Golf Club, just as they did at The Carrick on Loch Lomond when the former claimed his second HotelPlanner.com PGA EuroPro Tour win of the season taking home the Motocaddy Masters.

Victory would make Cort the first player since Chris Hanson in 2011 to claim a hat-trick of titles in the same season, and would all but ensure his place in the top five on the Race To Desert Springs Order of Merit, which would be rewarded at the end of the season with a Challenge Tour card for 2017.

A cut to the leading 50 professionals and ties has now been made with all those two over par or better advancing to play Friday’s final round. Spectator entry is free throughout the event and live scoring can be found at www.europrotour.com.

A two-hour highlights package of the event will be broadcast on Sky Sports on Tuesday, August 16.