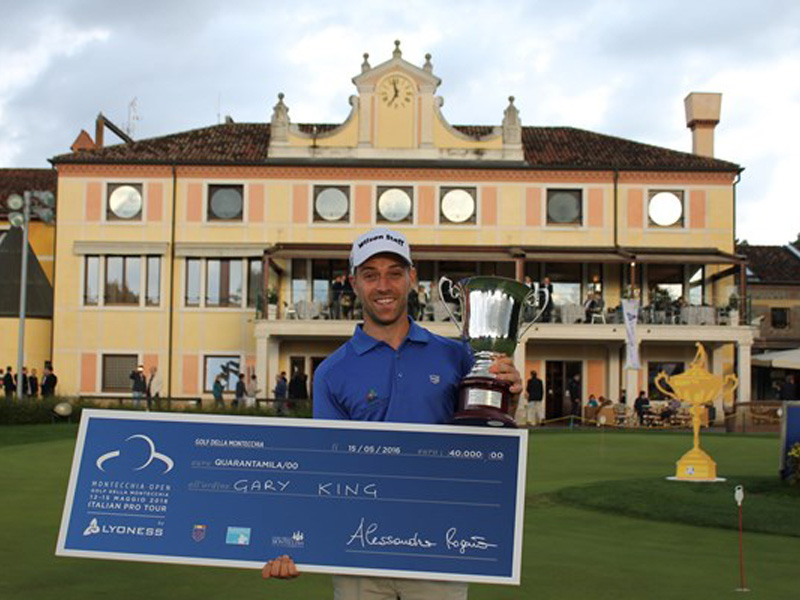 Congratulations to Gary King, the latest EuroPro Tour alumni to win on the Challenge Tour.

A year to the day since the first of two back-to-back wins on the EuroPro, King held his nerve to seal a maiden Challenge Tour title, birdieing his final hole with a 15ft putt to complete an up and down and avoid a play-off.

King joins 2015 Order of Merit winner and Rookie of the Year Jordan Smith, and 2012 graduate Duncan Smith, to make it three EuroPro alumni who have won during the Challenge Tour’s first five events of 2016.

“It’s unbelievable,” he said. “It’s funny because we just noticed today that it was a year ago today that I won at Celtic Manor on the EuroPro and I finished with four birdies on the back nine and sunk a few winning putts coming in, so to do it again is an unbelievable feeling, I can’t describe it.

“The EuroPro is such a strong standard now and I knew that if I could compete at that level then I could compete at any level. “The best thing about it is that it prepares you so well for the bigger tours, with the cameras and the leaderboards, and it’s a great standard – if you’re winning on EuroPro you can win on any tour.”

Gary King wins on @Challenge_Tour . Shows what progress can be made from the @PGAEuroProTour in a short space of time