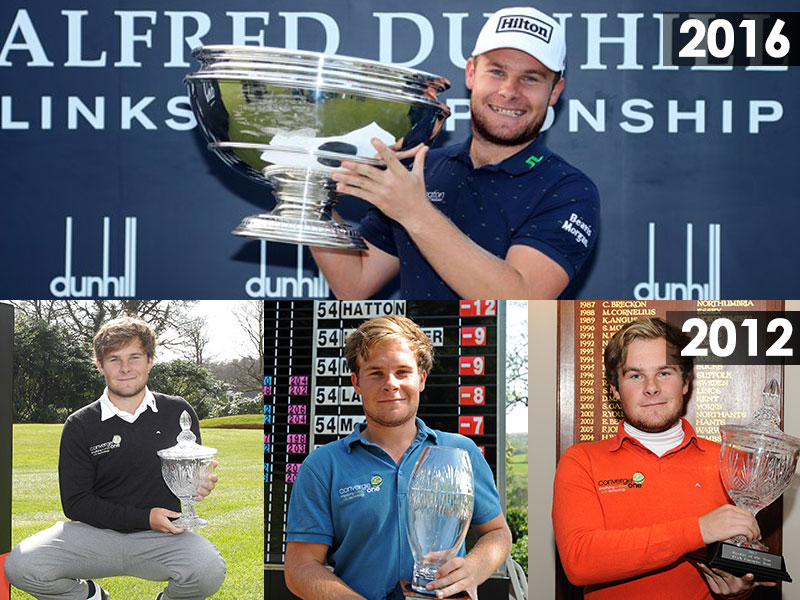 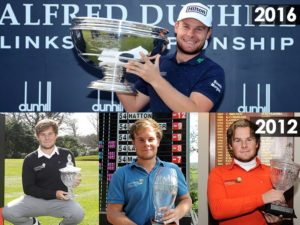 Winner of EuroPro Q School and at Bovey Castle four years ago, Hatton fired seven birdies and a solitary bogey to ease to a four-shot victory at the Alfred Dunhill Links Championship.

After producing a stunning 62 to equal the course record at St Andrews on Saturday, Hatton posted a closing 66 at the Old Course to finish the week on 23 under par.

Hatton’s playing partner and countryman Ross Fisher and South Africa’s Richard Sterne finished in a tie for second on 19 under, meaning the top three were all former EuroPro Tour members.

“It feels amazing,” said Hatton. “I’ve wanted this moment since I was a six year old walking around Wentworth. It’s incredible.

“I was pretty nervous all day. I started to feel a little bit more comfortable, sort of down 14, 15, but I’m just so happy I got over the line.

“I had a new putter in the bag this week and it worked really well. I’m just so happy.

“It’s weird, you know, I felt a little bit uncomfortable over the ball at times but my putting this week really helped me out and that’s been key to lifting the trophy this week.

“I had the target of getting inside the top 50 in the world and I think I was 53rd going into this week, so I’m looking forward to tomorrow morning to see where I’ve moved up to. But hopefully I can have a good end to the year and move up a little bit higher.”