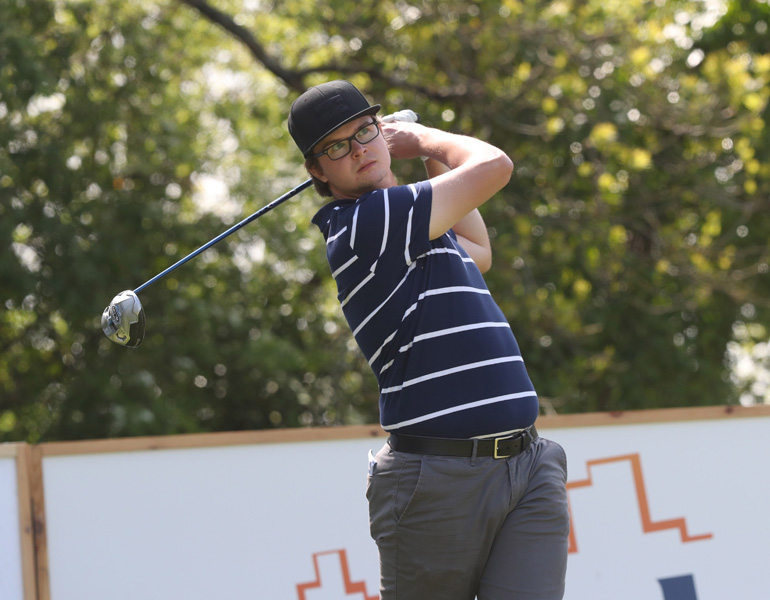 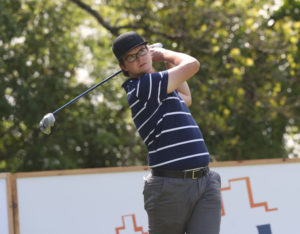 Sam Connor commands a two-shot lead on 15-under-par ahead of the final round of the HotelPlanner.com PGA EuroPro Tour’s Matchroom Sport Championship at Luton Hoo Hotel, Golf & Spa in Bedfordshire.

Connor said: “I started off pretty solid but had to make some good shots in bad weather to stay in it. On my back nine I really got into a groove. I felt like I couldn’t have scored much better on those nine holes today.”

Carding his back nine in 30 including a fantastic eagle on the 8th Connor is looking forward to tomorrow.

He said: “These guys are good and will be shooting low scores again tomorrow so it doesn’t change my mind set at all. I’ve just got to play the same way, I’m feeling confident and relaxed because I played well.”

Colegate carded an impressive -7 for the round to finish the second day on -13 overall, but it wasn’t enough to clinch the top spot from Connor, who ended the day with five birdies and two eagles.

Scott Fallon (North Middlesex) sits a shot behind Colegate on -12 for the tournament and a further two golfers in the form of Luke Johnson (King’s Lynn Golf Club), and James Ruebotham are close behind Fallon; both 11 under par heading into the final round.

Elsewhere, Luke Jackson (Lindrick Golf Club) eagled his last two holes of the round to make the cut at -4 for the day; and two-time winner on this year’s tour Chris Lloyd (The Kendleshire) is -9 overall.

A cut to the leading 51 professionals and ties has now been made, with those four under par or better proceeding to play the final round, after which the winner will take home £10,000 from a £50,000 fund.

Spectator entry is free of charge and live scoring is available at www.europrotour.com. Highlights from Luton Hoo Hotel, Golf & Spa will air on Sky Sports Golf on Tuesday, August 8.