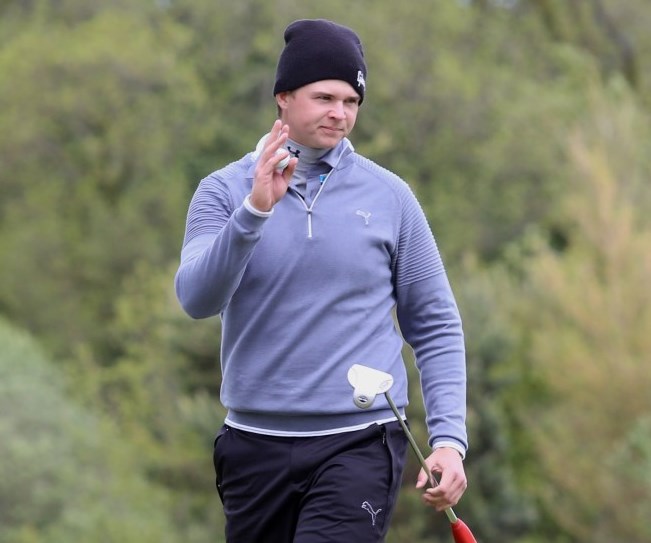 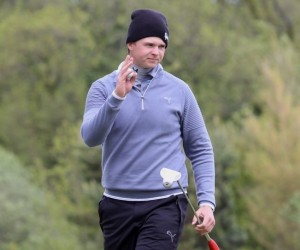 Sam Connor leads the COBRA PUMA GOLF Open by two strokes after shooting an opening-round six under par on a wet day at The Carrick on Loch Lomond.

Connor (Alsager Golf & Country Club) currently sits fourth on the HotelPlanner.com PGA EuroPro Tour’s Race To Desert Springs, from which the top five at the end of the season graduate to play the Challenge Tour next year.

He was the winner at Longhirst Hall Golf Club earlier this season and another success would likely be enough to secure his promotion to Europe’s second tier for 2016.

The Cheshire golfer carded a six-under-par 65 in Scotland on Wednesday to lead by two from the three golfers sharing second on four under.

He made eight birdies in his opening round, four going out and four coming in. However bogeys at the 14th and 5th, having started at 10, allowed the field to remain in touch with the leader.

“Putting was the key for me today; I putted really well which was pleasing. It was tough work today. When we started off it was hammering down and I didn’t know if we would get finished. Mercifully it cleared for us.

“I don’t dwell on it too much when the weather isn’t so good, so it might work out to be a good thing for me because of my attitude towards it.

“To get into the top five has been my goal since the start of the season and if I believe if I keep doing what I am doing then I can do it.

“The people at COBRA PUMA GOLF have been great to us and really helped us out this year. I love the Puma gear and the partnership with them has been fantastic.”

The COBRA PUMA GOLF Open is a 54-hole strokeplay event with a cut to the leading ties made after 36 holes. The tournament commences on Wednesday, August 8 and concludes in front of the TV cameras on Friday, August 10.

A two-hour highlights programme will air on Sky Sports on Tuesday, August 18. Spectator entry is free throughout.