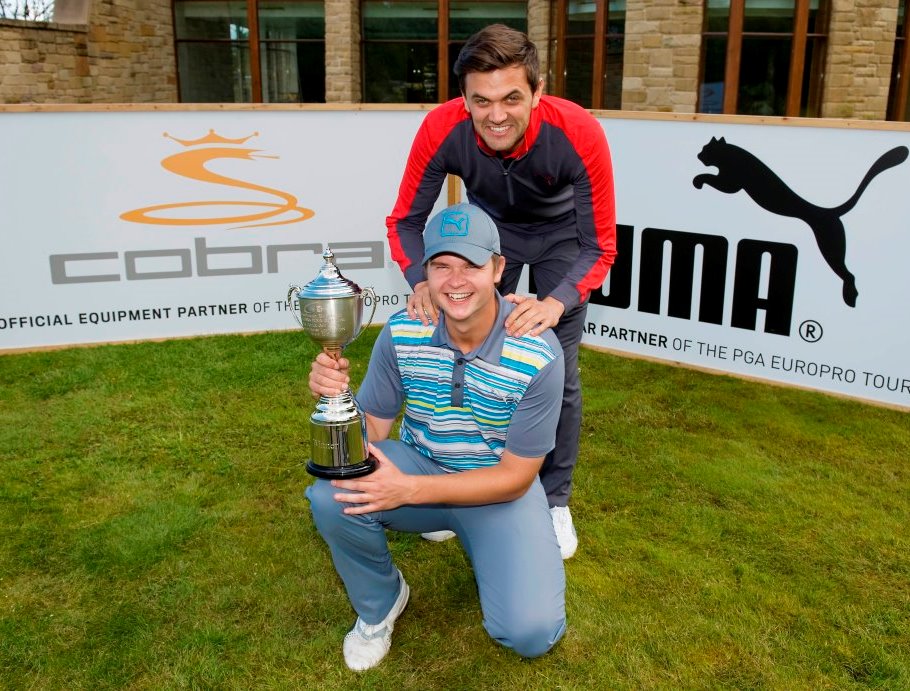 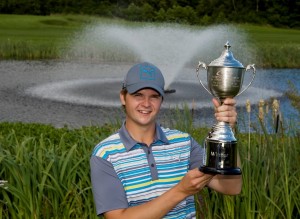 Sam Connor won his second HotelPlanner.com PGA EuroPro Tour event of the season in a dramatic play-off to end the COBRA PUMA GOLF Open at The Carrick on Loch Lomond.

On the first extra hole Busher found the trees to the left of the where the fairway dog legs, and played out to the middle from the garden of a Cameron House lodge having taken a penalty drop.

With Connor and Fenwick both making par at the first attempt, Busher picked up his ball to concede on the green.

On the second play-off hole Fenwick went right off the tee and deep into the trees and was unable to locate his ball. Connor too had a ball search on his hands but quickly managed to find his and took a penalty drop.

Both played solid approaches and that meant Connor was on the green in three, with Fenwick there in four. Both two-putted, meaning Connor took the £10,000 winner’s cheque and a second EuroPro victory of the season to catapult himself to the top of the Race To Desert Springs standings. 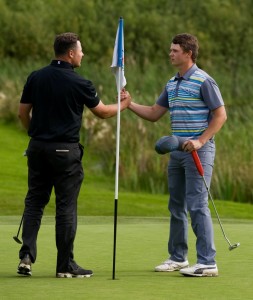 “Myself, Neil and Robbie, we all tied really this week and they deserved the win as much as I did. It is disbelief again, just like the win at Longhirst Hall earlier in the season.

“It was an extraordinary play-off. The last hole here is very difficult even under normal circumstances. Robbie hit a bad tee shot the first time and on the second time myself and Neil both hit bad ones but his went deeper into the trees and I managed to take a penalty drop and hit it onto the green and two-putt for the win.

“The second putt, it was a tap-in and I didn’t have any doubts. I know I can make those ones pretty comfortably. I was relieved when it went in though because there were a lot of nerves out there in the play-off.

“I feel like I should get my Challenge Tour card now and I will re-assess my goals now to try and finish No.1 on this tour.”

Connor moves to the top of the Race To Desert Springs rankings, where he is joined in the all-important top five by Gary King, Darren Wright, Paul Howard and Aaron Rai.

As two of the season’s most consistent performers, the £4,500 Fenwick and Busher shared for second-place moves them up to seventh and 13th respectively on the rankings, from which the top five at the end of the season earn a Challenge Tour card for 2016.

Highlights of the COBRA PUMA GOLF Open will be broadcast on Sky Sports on Tuesday, August 18. The HotelPlanner.com PGA EuroPro Tour continues next week with the Break90 Championship at Slaley Hall in Northumberland, which beings on Wednesday, August 12 and concludes on Friday, August 14.