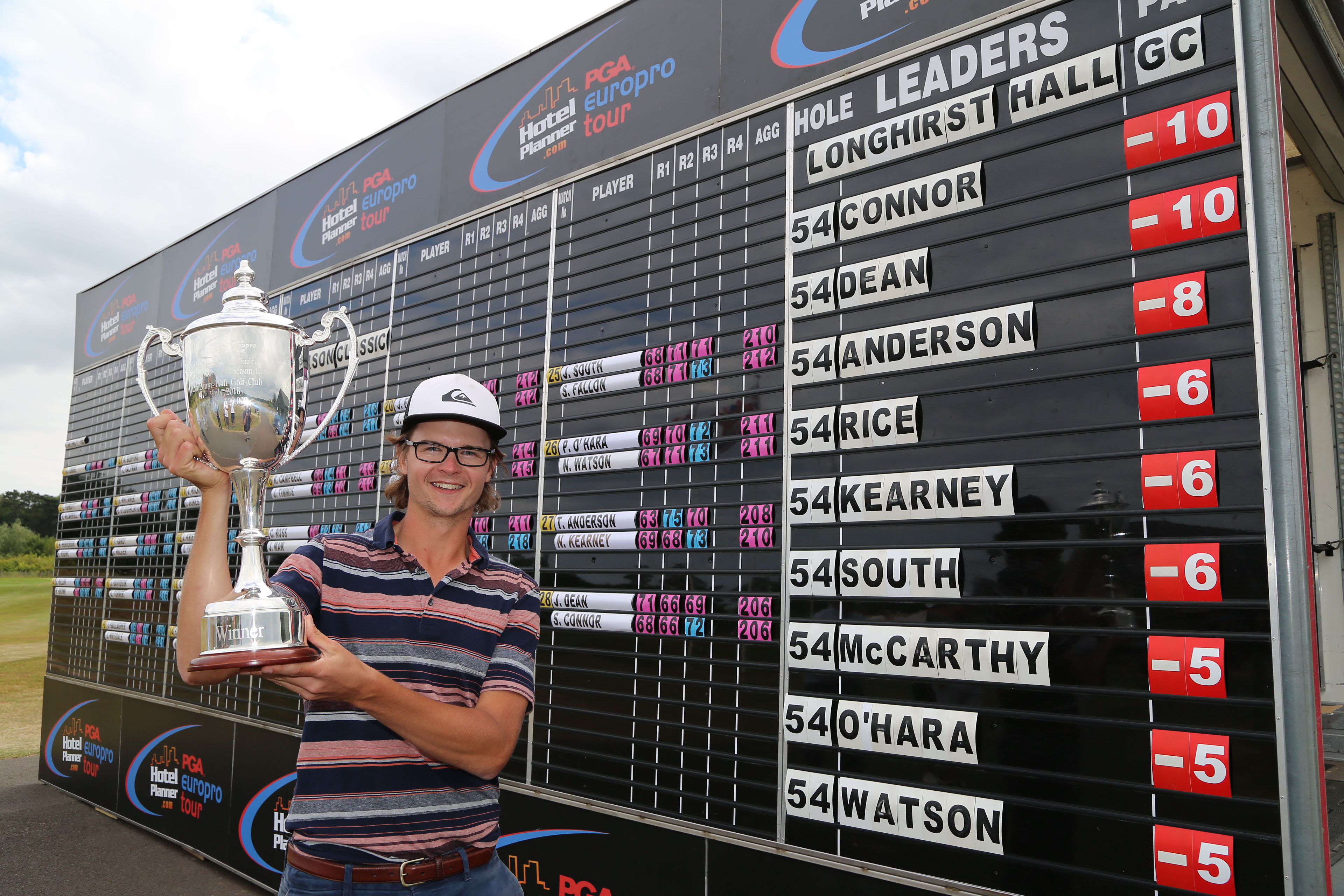 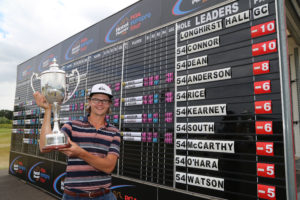 Sam Connor beat Joe Dean in a play off at Longhirst Hall Golf Club to claim his first HotelPlanner.com PGA EuroPro Tour title this season, and the fourth of his career.

Dean had match point on the 18thhole to win outright but lipped out from 6 feet, forcing the duo to battle it out on the 17thhole in a play-off, which Connor won with a superb 12-foot putt. The win marks the second title Connor has won at Longhirst, the first coming in 2015 which was his first PGA EuroPro Tour title, three years on he has four wins to his name.

Reflecting on his win he said: “I feel amazing there is no better feeling than winning; this is what we do it for. I enjoyed the battle out there today with Joe.”

And a battle it was. Dean came back from a double bogey on the opening hole to collect five birdies and no further blemishes to stay in contention with Connor, whilst Tomasz Anderson (Centurion Club) lead on a number of occasions in the penultimate group. Anderson’s hopes of a win were all but gone with back-to-back bogeys on the 16thand 17thholes.

Connor said: “I wasn’t aware of how nip and tuck it was outside of myself and Joe, I tend not to look at leaderboards but I figured not many people were going ahead of us.” 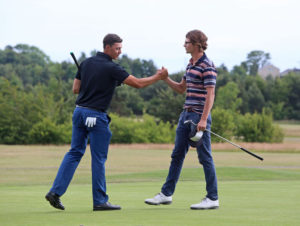 He added: “I knew I wasn’t playing my A game today but I feel I’ve got a lot of heart and I dug in when it mattered. I love this game and coming to Longhirst, and I love that battle I had out there with Joe today.

The win moves Connor on the cusp of the Challenge Tour spots on the Order of Merit, which he hopes to build on as he heads into the second half of the season. He said: “I’ve felt like I’ve been close the last couple of weeks, I’ve taken a much more natural approach to my game and I’m just trying to enjoy my golf again.”

Highlights of the Dawson and Sanderson Classic will air on Sky Sports Golf on 17thJuly.