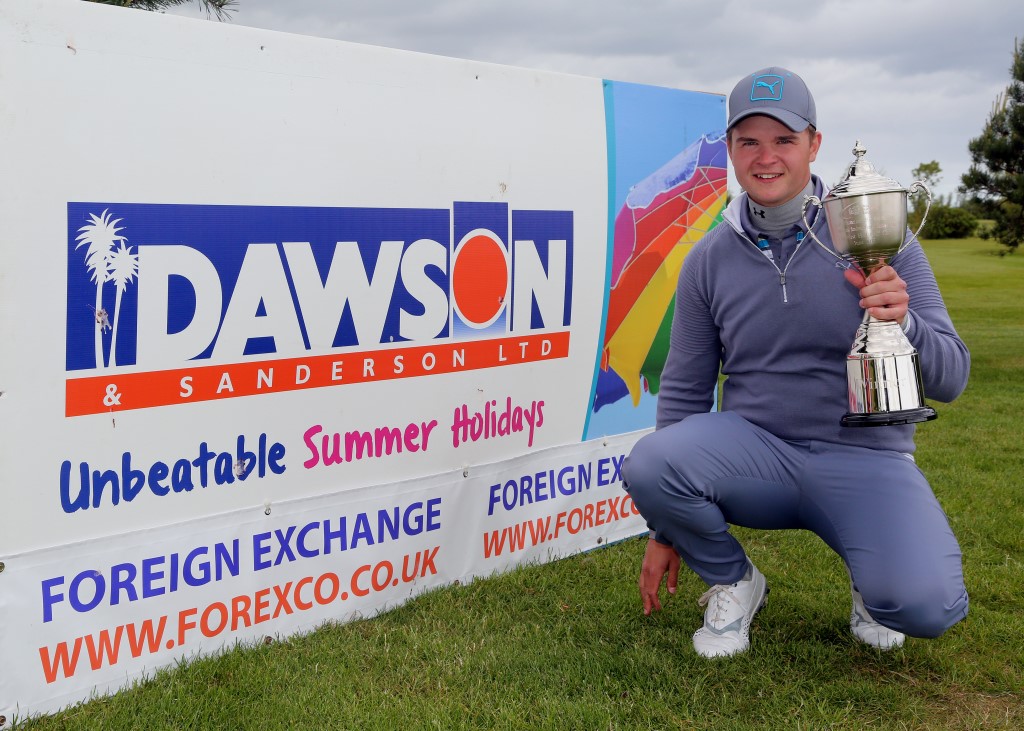 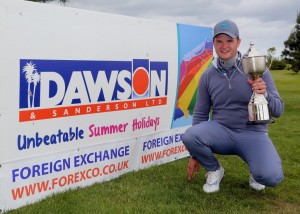 Sam Connor birdied the last to win the Dawson & Sanderson Foreign Exchange Classic after a windy final round at Longhirst Hall Golf Club near Morpeth.

Connor carded a final-round 76 on the par-72 Dawson Course, which saw players contending with strong and gusty winds similar to those at the Irish Open last weekend. He was one under coming down the last and played a superb approach shot before making a short downhill putt for birdie.

“I am in shock,” admitted Connor. “It feels amazing. You work towards this and I cannot put it in words how it feels.

“I was very happy with that birdie at the last. I hit a nice tee shot over the corner but only with a five iron – it was playing so strong downwind. We picked a yardage and a line for the second shot and committed to it. I hit it perfect and had six feet down the hill and rolled it in beautifully. The wind was unbelievably tough today.

“My main goal at the start of the season was to get onto the Challenge Tour and that doesn’t change. There is still a lot of work to do but if I keep doing what I am doing, I will achieve that.”

Connor had been neck-and-neck with Evans in the closing stages of the tournament after dropping four shots in the space of five holes from 13 to 17. However, his birdie at the last put pressure on Evans to equal his three for a play-off, but the Wishaw Golf Club player faltered with a five.

Jason Timmis (Wychwood Park Golf Club) finished third on one over after rounds of 69, 73 and 75. Craig Farrelly (TPS) came fourth on two over and three players shared fifth on three over, five behind winner Connor.