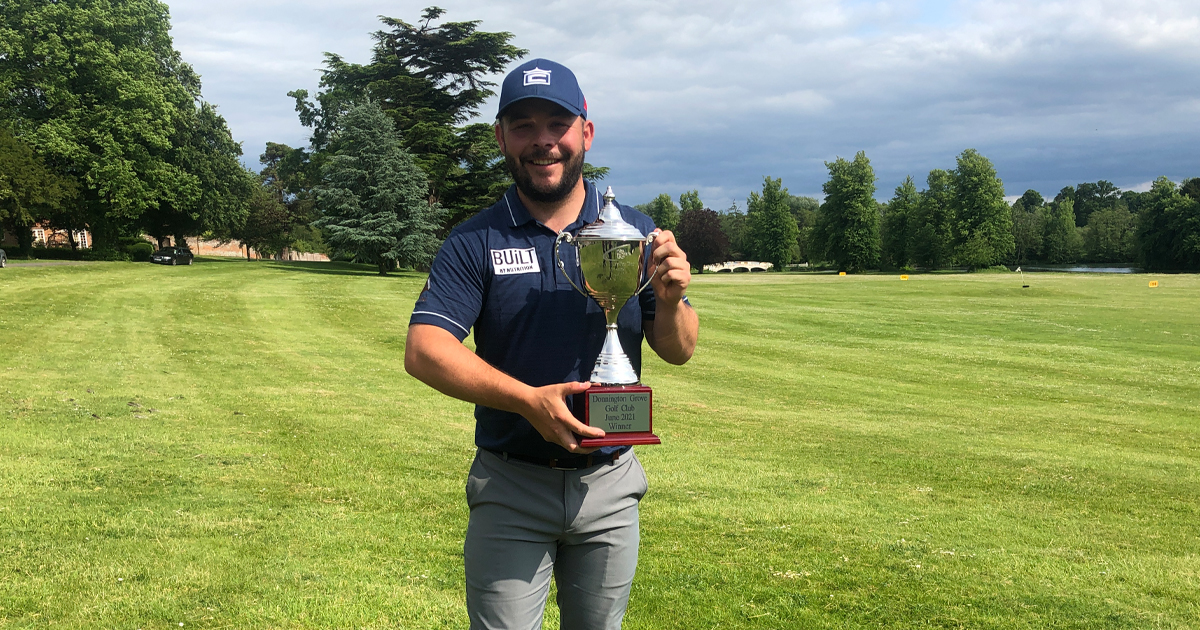 Conor O’Neil has won The Jessie May World Snooker Golf Championship at Donnington Grove after a final day round of 68. He came from three shots back to beat his compatriot Jeff Wright and George Woolgar by one shot.

O’Neil (Pollok / Mearns Castle) battled throughout on his final round putting together a fine four under day which included an eagle on nine and a birdie on 16 which proved to be enough to win and seal a maiden PGA EuroPro Tour title.

The Scotsman’s past year is tough to comprehend for anyone after his father and uncle took their own lives, O’Neil dedicated his victory to him: “I’ve been trying to win here for ages. I’ve had the worst time of my life in the last year. I don’t have any words, I’m just so happy I wish my dad could be here to see this he deserves this more than me, to be honest for what he did for me.”

Victory for O’Neil also sees him move top of the Race to Alcanada order of merit after two events: “I just had a complete 360 I just went for everything I am just so happy it paid off.”

On perspective: “There’s more to life than golf, what my family has been through to give them something to smile about you know because we’re not smiling right now. I’m more happy for them more than me to be honest.”

Overnight leader, Rodi Vlasveld crumbled early on and he never fully recovered eventually having to settle for a share of ninth after a final round of 76 (-4). Vlasveld of The Dutch had set a course record 62 yesterday but he quickly showed how fortunes can change so easily on the course.

Monday Qualifier Jeff Wright had a stellar week running O’Neil all the way to 18 where a bogey meant he couldn’t force a playoff. Wright of Forres Golf Club signed for level par coming just short of what would’ve been a fairytale week.

He shared second in the end with veteran EuroPro Tour player George Woolgar. Woolgar had the round of the day as he pushed on for a 67 (-5) moving into the top five on the Race to Alcanada standings.

Hindhead Golf Club’s Cameron Phillips had another strong showing with a 68 final round to take a share of fourth with 2021 Q School winner Sam Broadhurst.

The Tour moves west to Cumberwell Park next week from June 16 to June 18 where the qualifier will be hosted on Tuesday 15, June.

Highlights for Donnington Grove will be broadcast on Sky Sports Golf a week Tuesday (June 22) and available worldwide through our various broadcasters including Matchroom.Live