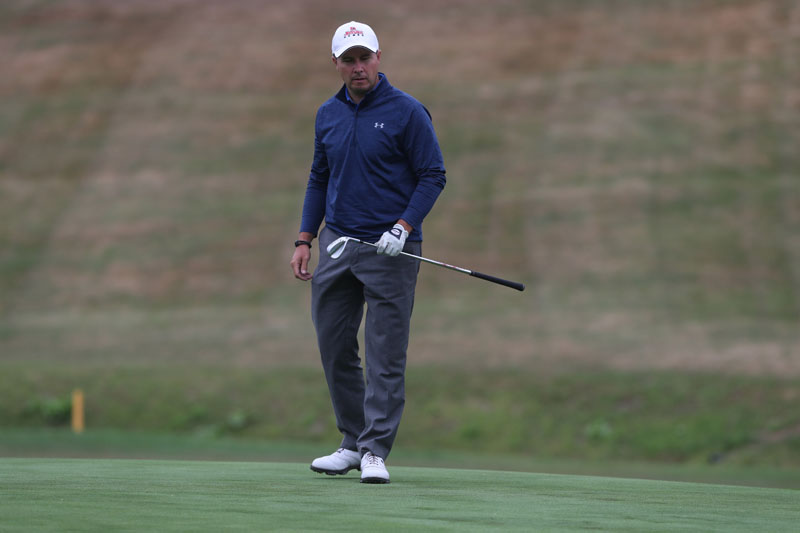 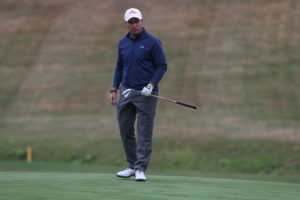 Matt Cort carded a second round of 68 (-4) to hold a one-shot lead heading into the final round of the HotelPlanner.com PGA EuroPro Tour’s “FORE” Business Championship at East Sussex National Golf Resort & Spa.

Cort (Beedles Lake Golf Club) who started the day as one of five golfers in a share of the lead, had a steady start to his second round collecting one birdie in his first nine holes. However, on his back nine the birdies came thick and fast, three of them back-to-back thrust Cort into the driving seat with six holes left to play.

And another birdie with just one bogey on his penultimate hole of the day completed a solid performance for the 2016 Order of Merit winner.

“It was a solid round I put together today, the weather presented some issues at the start of the day with some heavy rain, but it cleared up as we got onto the back nine.

“I’ve been hitting the ball nicely this week, my driving has been really strong and around a course like this that favours the big hitters, which is something I’m not, that is really important to my success.

“I’m paired up with an old friend in Chris Gane for the final round which I’m really looking forward to; I’ve known him for a long time as we’ve travelled the world together through golf so I’m sure we will have a good day.

“I just want to keep competing at every tournament I’m involved in, I was playing on the Challenge Tour last season and it didn’t really work out as I planned but it’s nice to come back and be in the mix again on the EuroPro Tour.”

Chris Gane, a winner on the EuroPro Tour this season, sits a shot back from Cort after carding a second of 67 (-5) the joint lowest round of the day, as did Luke Cornford who sits in third spot with an overall score of -8.

A cut to the leading 50 professionals and ties has now been made, with those one-under par or better advancing to the final round.

Spectator entry to the “FORE” Business Championship is free and live scoring can be found at europrotour.com. Highlights will air on Sky Sports Golf August 28th.