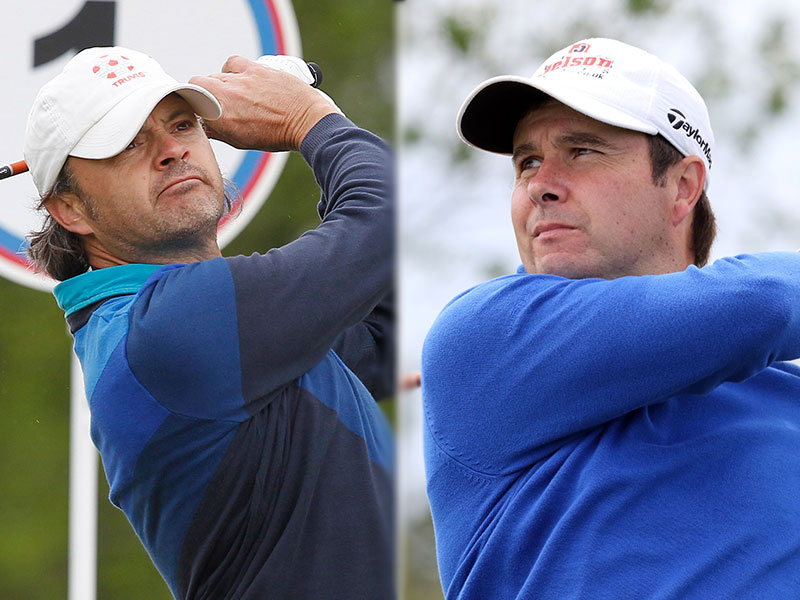 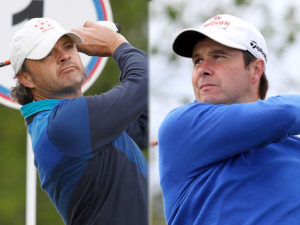 Roommates Matthew Cort and Andrew Marshall share a one-shot lead on five under par heading into the final round of the HotelPlanner.com PGA EuroPro Tour’s Motocaddy Masters at The Carrick on Loch Lomond.

Both have carded rounds of 69 and 68 so far on the stunning par-71 course and will tee it up together in Thursday’s final round. Cort (Beedles Lake Golf Club) will be hunting his second EuroPro win of the season while Marshall (Bawburgh Golf Club) was a winner on the tour at Hawkstone Park last summer.

Both have an abundance of experience and played on the European Tour at the same time in the 2000s but Marshall knows he is up against an in-form friend as he vies for the £10,000 winner’s cheque.

“Matt and I are rooming together funnily enough, so it will be interesting tomorrow” said Marshall. “We haven’t roomed together for a while. Tomorrow will be a lot of fun.

“We both have a lot of experience. He did well here last year, I didn’t but I do like the course. The weather plays a factor because it can bring a lot of trouble into play.

“Matt had the tougher half of the draw and he had a win a couple of weeks ago in windy weather, so I would expect him to do quite well tomorrow. I have been struggling of late but hopefully it is coming back. He is playing well, he is the man in form at the moment.”

Cort won the Dawson and Sanderson Classic at Longhirst Hall two weeks ago and success at The Carrick would propel him to the top of the all-important Race To Desert Springs, from which the top five at the end of the season earn Challenge Tour exemptions for 2017.

Ben Hall (Cento Group) is third on four under par, just one behind the leading duo, while Sandeep Grewal and Mark Young (Clitheroe) are two off the pace.

A cut to the leading 50 players and ties as now been made with all those four-over-par or better advancing to Thursday’s final round.

Spectator entry is free of charge and live scoring can be found at www.europrotour.com. Highlights of the Motocaddy Masters will air on Sky Sports on Tuesday, July 26.