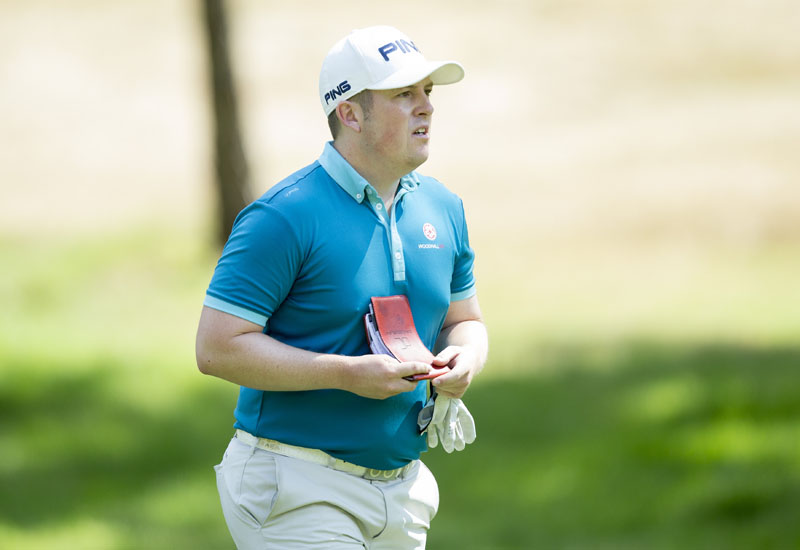 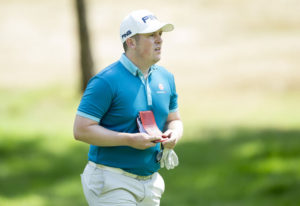 Play in the second round of the Nokia masters at Mannings Heath Golf Club & Wine Estate was cut short after heavy rain and surface water on the course rendered it unplayable.

The unrelenting rainfall left large areas of both fairways and greens with surface water. The second round will resume tomorrow and the tournament has now been reduced to a 36-hole event. A cut will not be made.

Dave Coupland leads in the clubhouse at the HotelPlanner.com PGA EuroPro Tour’s Nokia Masters by a shot in an early round that avoided large parts of the poor weather.

Coupland (Woodhall Spa Golf Club), who is on the cusp of his third EuroPro Tour title this season, carded a solid second round of 67 (-5) picking up just one bogey over 18 holes; a feat he managed on the opening round too when he shot 66 (-6).

The in-form Bostonian picked up where he left off last week after clinching his second title of the season at Foxhills Golf Club & Resort. A win at Mannings Heath this week would also mirror the achievements of Chris Lloyd last season, who won his third and final title at the Nokia Masters at Mannings Heath.

Discussing his round Coupland said: “I’m very satisfied with how I’ve played this week, yesterday was tough with the rain but there was no wind, similarly to today which meant scoring could still be low.

“I adapted really well to the conditions that have been presented to us over the last few days, the wind was swirling today so you had to pick your shots very carefully.

“I’m trying to not get carried away because everyone knows you cannot get ahead of yourself on this tour, there are still a lot of great golfers that have holes to play out there; I’m just taking it shot by shot.

“It would be massive to get that win and repeat what Lloyd achieved last season, hopefully it being the Nokia Masters where he won his third is a good omen, but it’s good just to be in the mix again.”

The second round will resume tomorrow (Saturday, 11thAugust) which will conclude the Nokia Masters. Spectator entry is free throughout and live scoring is available at europrotour.com. Highlights of the Nokia Masters will air on Sky Sports Golf on Tuesday, 21stAugust.