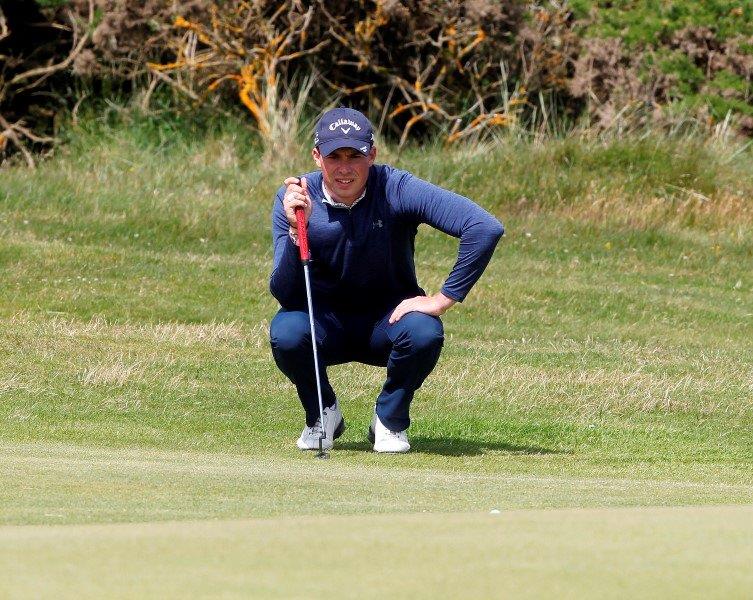 Nick Cunningham fired a fabulous 65 for a one-shot lead after the first round of the Pentahotels Championship at Caversham Heath.

The Bedford & County GC player started with a bogey at the 1st, but he birdied eight of the next 11 holes to get to -7 through 14. There was another dropped shot at the 15th, but a birdie-birdie finish was the cherry on top of a fantastic -8 effort around the par-73 layout.

Sam De’Ath (Universal Classic Cars) and Ryan Harmer (Brokenhurst Manor GC) are tucked just behind Cunningham on -7, with a group of six players, including Race to Desert Springs leader Richard Mansell (Beau Desert GC), in a tie for 4th at -6.

The scoring was as hot as the scorching temperatures in Berkshire, with 75 of the 154-man field breaking par, although the majority of the really low scores came from the morning starters as the wind picked up in the afternoon.

It was a solid first round back on the PGA EuroPro Tour for the three players who teed up in the Open Championship last week. Sam Locke (Paul Lawrie Golf Centre) missed the cut in Northern Ireland, but he’s in the group on -6. Ashton Turner (Kenwick Park GC) followed up his T57th with a score of -4, and Andrew Wilson (Rockliffe Hall) is -3 off the back of his fantastic T32nd finish at Royal Portrush.

The second round of the 54-hole Pentahotels Championship takes place on Thursday 25th July, with free entry for all spectators. A cut to the leading 50 players plus ties will be made before the final round on Friday.