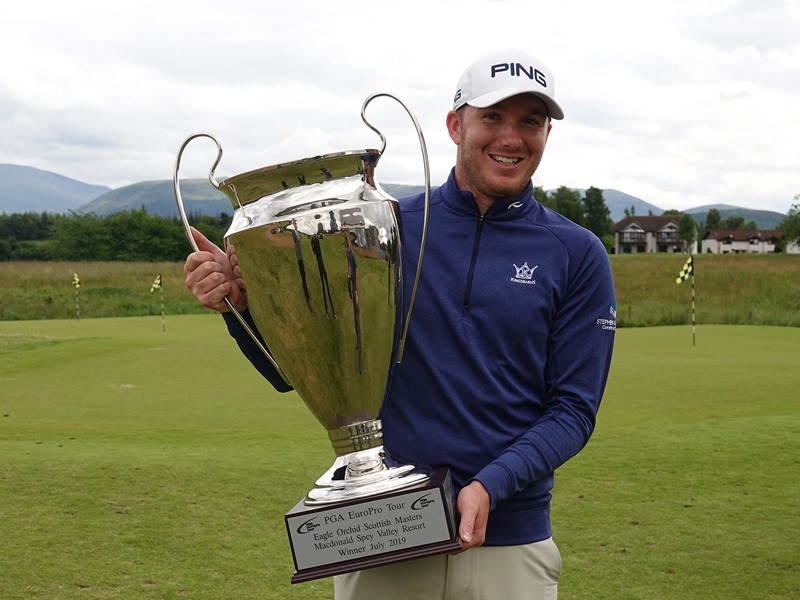 Daniel Young has won the Eagle Orchid Scottish Masters at Macdonald Spey Valley Resort after leading all week in Aviemore. 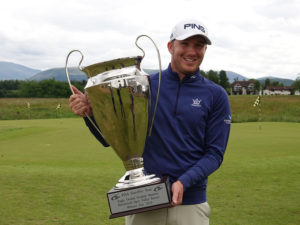 Daniel Young with the trophy

Young (Kingsbarns Pro Academy) made light work of it at times with rounds of 65, 67 and 69 to finish up twelve under to clinch his first title on the tour.

It was a shaky start for the Scotsman with a bogey on two before recovering with several birdies to be two-under for the day.

Afterward, he said: “It’s never over until it’s over especially on a golf course like this. Just glad to get it over the line, to be honest. It’s always a relief to win but I’ve been playing well the last four or five weeks. All of us golfers say we’re very close and it’s coming but over the last four weeks it has been very close so.”

“It was very difficult. Today was probably the easiest day weather-wise. The first day was brutal. It was just a case of head down and grind away. I was very happy with my days week on Wednesday.”

Last week’s winner Richard Mansell (Beau Desert Golf Club) finished second with the best round of the week 64 (-7) to cement himself at the top of the Race to Desert Springs Order of Merit with eight birdies.

Jonathan Caldwell (Clandeyboye Golf Club) was third with rounds of 65, 69 and 70.