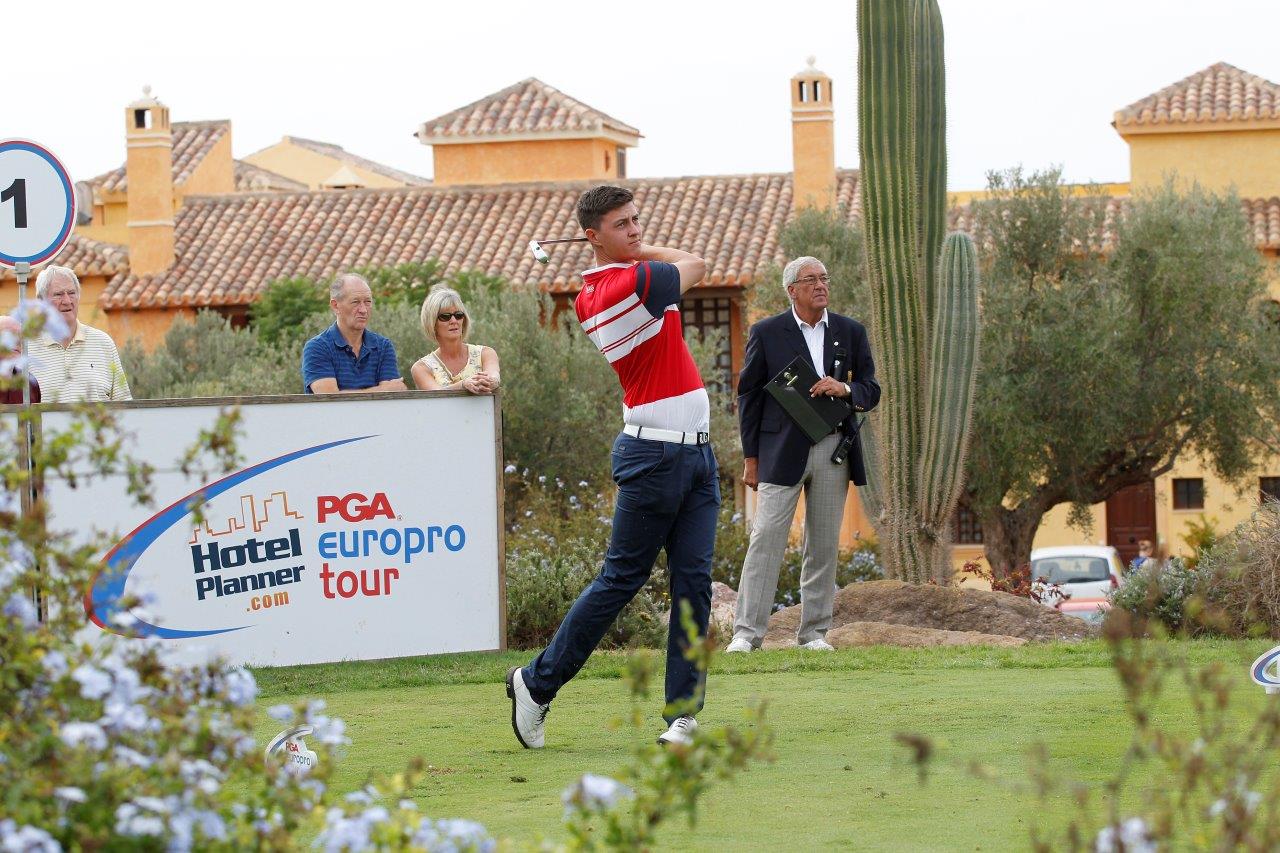 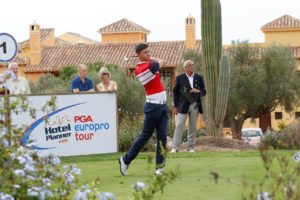 Joe Dean carded a second round 65, seven under par, to lead by three on -12 ahead of the final round of the HotelPlanner.com PGA EuroPro Tour’s Matchroom Sport Tour Championship at Desert Springs Resort in Spain.

Dean (Hillsborough Golf Club) began day two as one of four players sharing the five-under-par lead and knows a win will ensure promotion to the Challenge Tour, while second this week may also be enough.

The top five on the Race To Desert Springs Order of Merit at the conclusion of the Matchroom Sport Tour Championship will earn promotion to the second-tier Challenge Tour. Dean will now begin the final round as a hot favourite to leap from 11th on the tour standings and into the promotion positions, with £20,000 from a £90,000 purse going to the winner. 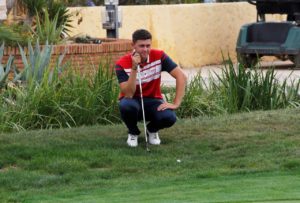 “The plan this week was always first or second,” said Dean, who was unblemished in his second round as he went out in 33 and came back in 32 and is also on-course to take home the Rookie of the Year title.

“Second would leave me pretty tight with the guys in the top five at the minute but the top two as the plan for the week and hopefully tomorrow I can achieve that.

“The style of the professional game is different from the amateurs where it was a case of make par and move on – in the pros you need to make as many birdies as you can to survive.

“I hit it pretty straight today. I had a few off tee shots on the front nine but managed to recover really well. I holed quite a few putts, had a few from off the green which always help, but apart from that it was a steady round.

“The game plan will remain the same for the final round as it did for the first two. It has been working pretty well so I will stick to it.”

The Matchroom Sport Tour Championship continues with the final round on Friday, which will be filmed for a two-hour highlights package to air on Sky Sports on Tuesday, November 1 and networks worldwide.

Spectator entry is free throughout and live scoring can be found at www.europrotour.com.