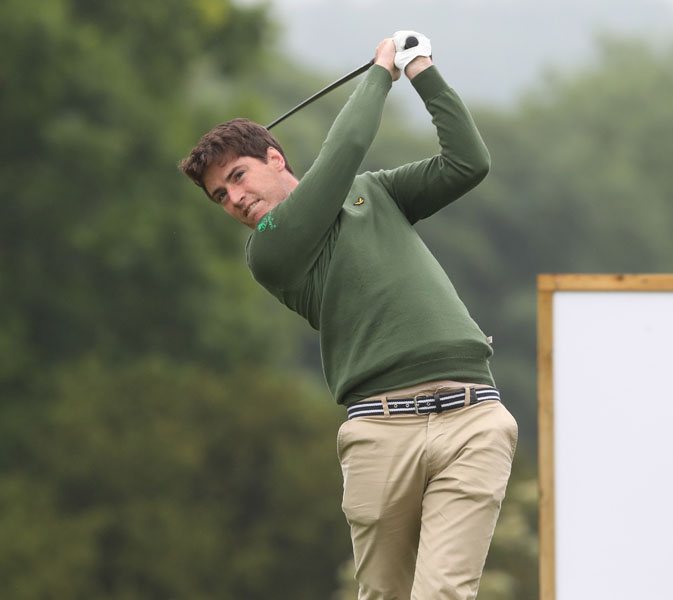 Dermot McElroy leads pack after first round at Brocket Hall

Dermot McElroy of Ballymena Golf Club will begin his second round as leader of The IFX Payments Championship after shooting a round of 66, seven under.

McElroy was consistent throughout his first round chalking up seven birdies including on the tricky Par 5, tenth hole.

Amateur John Gough, Golfing4Life, posted a rather brilliant -6 to tie for second with Conor O’Neil (Pollock/Mearns Castle), Guy Woodman (ProAgenda.com) and Chris Gane (Lefthandedgolf at Silvermere) in their opening rounds of the PGA EuroPro Tour opener.

It was O’Neil who stole the early march on the field five under after six holes including an eagle on the third. Gough meanwhile had an unblemished round with three birdies on the front and back nine respectively to put him on six under. Woodman put himself in the mix after seven birdies on his round of 67 after day one.

Brocket Hall’s own James Laskey finished his first round on -1 whilst counterpart Tom Shadbolt shot +2. 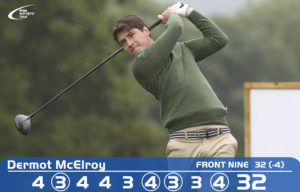 The second round of The IFX Payments Championship at Brocket Hall continues tomorrow (Thursday, 23, May) after which a cut to the leading 50 professionals and ties will be made. All three rounds are being played on the Par 72, Palmerston Course.

Highlights of The IFX Payments Championship 2019 will air on Sky Sports on 4, June 2019.