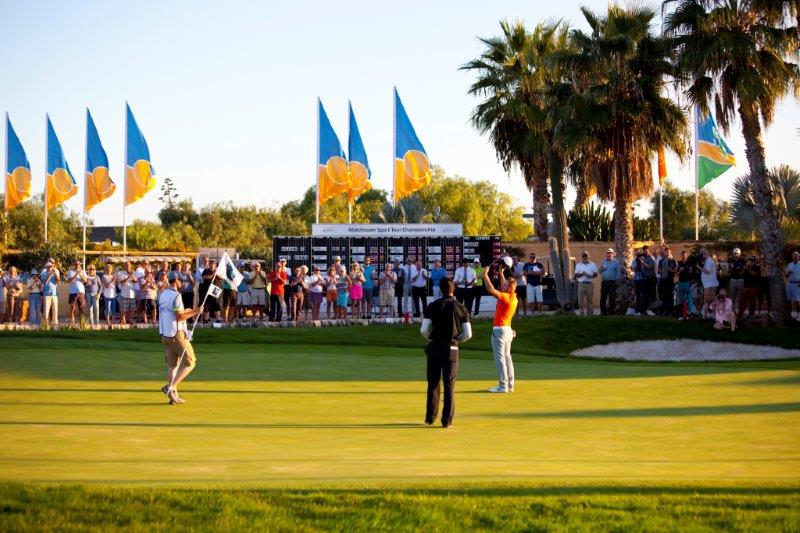 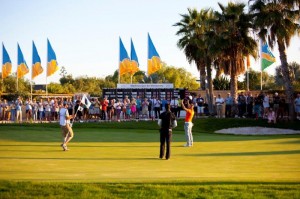 The HotelPlanner.com PGA EuroPro Tour is delighted to announce Desert Springs Resort in Spain will host the season-ending Tour Championship for a second year, from Wednesday, October 19 to Friday, October 21.

Desert Springs Resort, Europe’s only international award-winning luxury family resort and championship desert golf course in the Almanzora region of Almeria in south-east Spain, played host to the Tour Championship in 2015 and such was the success of the tournament that Europe’s leading development tour will again see out its season on the resort’s Indiana Course.

Only the top 60 golfers on the tour’s Race To Desert Springs after the final event of the regular season at Moor Allerton Golf Club qualify to play the Tour Championship, which carries an increased prize fund.

The best players on Europe’s leading development tour will be competing to seal their place in the top five on the Race To Desert Springs at the end of the event and earn themselves a Challenge Tour card for 2017.

The purse for Tour Championship will begin the season at £60,000, but with any surplus from each regular-season event prize fund added, this figure it is set to rise considerably by October.

Based on 50 players making the cut, the minimum prize fund for every tournament is £46,735. This will increase in line with the number of ties who also make the 36-hole cut, and any surplus from £50,000 will be added to the prize fund for Tour Championship.

“Since 2002 The PGA EuroPro Tour has played a vital part in the early careers of some of the biggest names in golf who have gone on to great success, paving the way for Ryder Cup Players, Major Winners and European Tour Winners, most latterly Andrew Johnston, winner of The Spanish Open at Valderrama Golf Club last weekend.

Daniel Godding, Director of Operations at the HotelPlanner.com PGA EuroPro Tour said: “I am delighted that the tour will be returning to Desert Springs Resort this October.

“Our Tour Championship there last season was a resounding success and I am thrilled to be able to continue our partnership with the Resort this year. The Indiana Course is a true gem and the team at Desert Springs Resort ensured we enjoyed one of the most successful Tour Championships the EuroPro has seen.”

Offering direct access to the Challenge Tour through the final Order of Merit, HotelPlanner.com PGA EuroPro Tour players will compete for over £800,000 of prize money in 2016, with the top five golfers at the end of the season awarded a category on the 2017 Challenge Tour.

Providing vital experience of life on tour, players will compete in 14 main events at some of the UK and Ireland’s premier golfing venues, including The Oxfordshire, East Sussex National and The Carrick on Loch Lomond.

A two-hour highlights package from each event is broadcast on Sky Sports, and on 98 networks around the world reaching over 400 million homes. In addition, every event is available to watch on demand in high definition on our YouTube channel.

The HotelPlanner.com PGA EuroPro Tour has played a pivotal part in the early careers of some of the biggest names in golf.