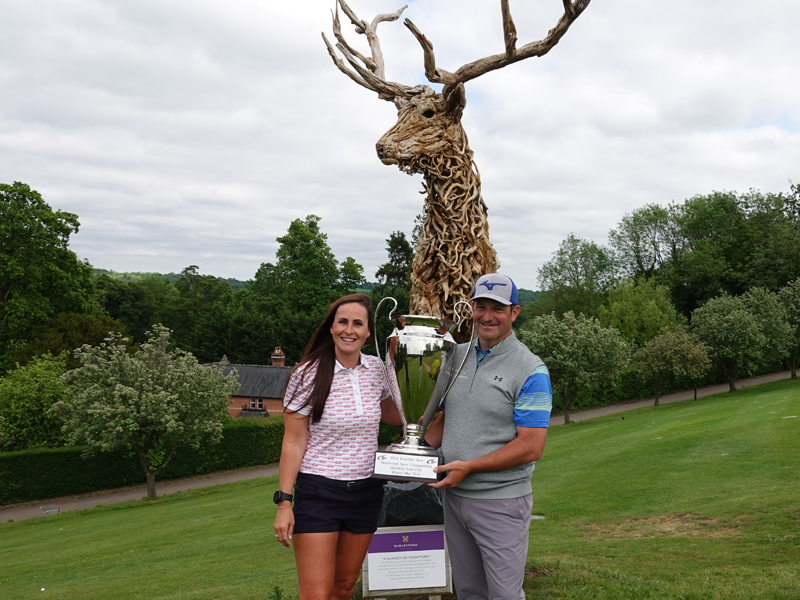 David Dixon has clinched The Matchroom Sport Championship down at Harleyford Golf Club in Marlow after a three-man playoff on the eighteenth hole.

With the leaders chopping and changing throughout the day it ended up being a straight three-way shootout between Seve Benson, Wentworth Club, David Dixon of Enmore Park Golf Club, and Dave Coupland of Woodhall Spa Golf Club.

All three ended their final rounds thirteen under leading to the play-off where on the 18th hole it was Dixon who reigned victorious in his first event back on the PGA EuroPro Tour since 2017. 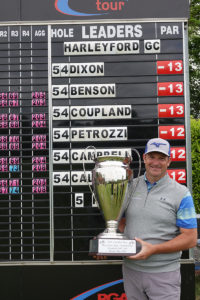 An unblemished final round of three birdies and an eagle on the fifth put him in the position for the play-off. When it came to the play-off, Dixon birdied the par 4 18th to win with Coupland and Benson only able to par their finish. It was a consistent week for him overall with rounds of 70, 66 and 67.

It was Dixon’s first appearance on the tour in a couple of years and after recently playing in the British Masters he said playing at Harleyford was the next big focus and it clearly paid off.

He said he was happy with the three days work and looking forward to building on it in the Diamond X Open at Cumberwell Park Golf Club, a course he knows well.

Dixon added that he did not expect to be in a playoff with no clear picture on where he stood on the leaderboard going into the last couple of holes.

Gian-Marco Petrozzi of Trentham Golf Club fell just short of making the play-off after he bogeyed the last hole on his round to finish tied fourth along with Ryan Campbell who also just fell short of the mark. Jonathan Caldwell from Clandeyboye Golf Club was three under on his final round to also tie.

Hugo Dobson of Woodbridge Golf Club went seven deep on his final round to tie for seventh overall in the best round of the final day scoring 65. Sean Towndrow, Southport & Ainsdale GC / G4L also finished tied seventh after a final round of 66.

Overnight leaders of Stiggy Hodgson and Nick Cunningham finished tied 20th and 7th respectively with final rounds of 74 and 71.