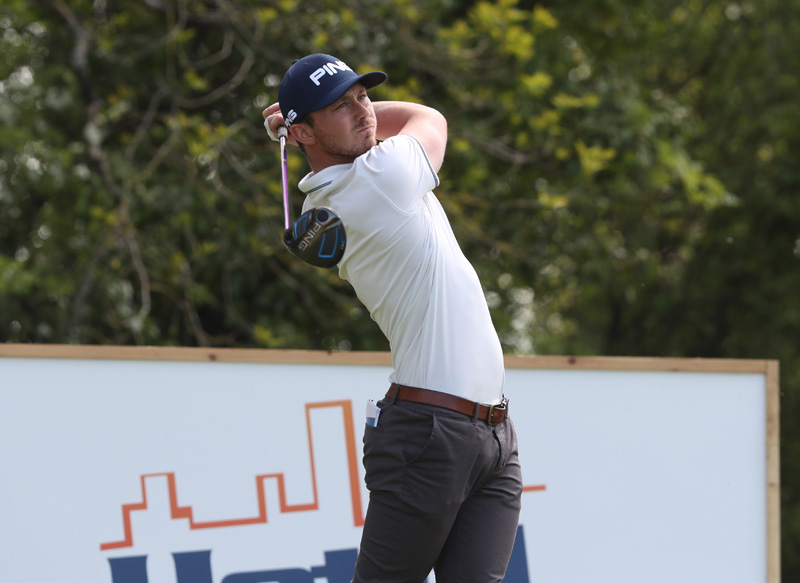 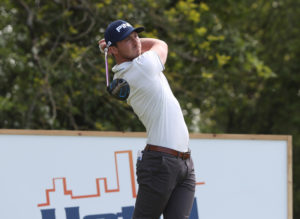 Hugo Dobson will carry a one-shot lead into the final round of the HotelPlanner.com PGA EuroPro Tour’s IFX Championship after shooting a six-under-par 66 for round one at Frilford Heath Golf Club.

After most of the first day was lost to heavy and persistent rain on Wednesday the tournament was reduced to 36 holes, with the full field of 156 golfers to play both rounds.

Josh Loughrey (Wrag Barn Golf Club) and Joe Dean (Hillsborough Golf Club) are both one back on five under while four golfers are a further shot behind after the first round was finally completed on the Blue Course on Thursday.

Dobson (Woodbridge Golf Club) finished his first round with three consecutive birdies to leap to the top of the scoreboard. He began round one with a birdie at the 10th and got to two under at the 12th. A birdie at 15 cancelled out his bogey at 13 and on the traditional front nine he broke par five more times but dropped a shot at the third.

Among those two back on four under is defending champion Adam Runcie (Abergele Golf Club). He is joined in a tie for fourth by Daniel Gavins (Walton Range/Howley Hall GC), Ashton Turner (Kenwick Park Golf Club) and Steve Robins (Hull Golf Club) while eight golfers are three under, just three behind the leader.

All 156 players will play the concluding second round of the IFX Championship on Friday. A redraw has been made with players going out in score order for the final round, meaning leader Dobson will tee off at 2.24pm.

Spectator entry is free of charge and live scoring can be found at www.europrotour.com. Highlights of the IFX Championship will air on Sky Sports on Tuesday, May 30.