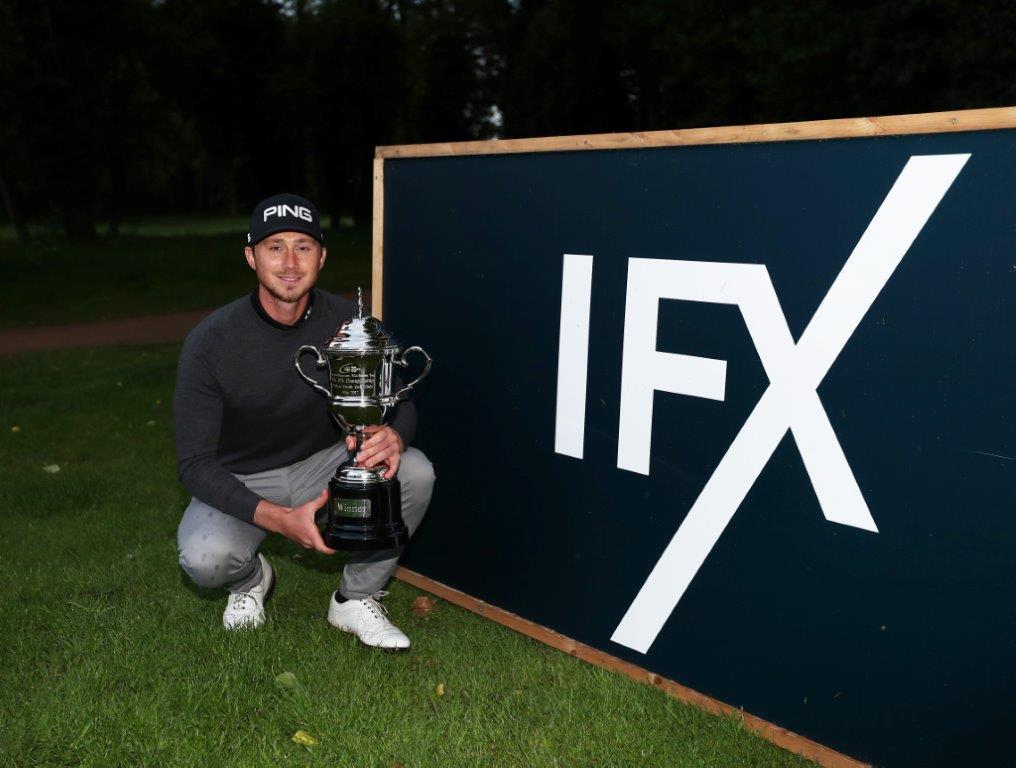 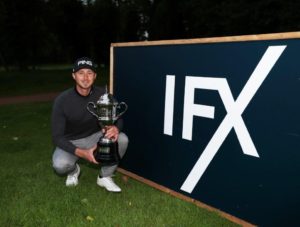 Dobson (Woodbridge Golf Club) battled Steve Robins (Hull Golf Club) for most of the final round, though Chris Lloyd’s (The Kendleshire) final-round 64 to come from par at the start to eight under and share third with Connor Tendall (Congressional Country Club; 70, 66) kept the pressure on the leading pair.

The Kent man lead on six under after the first round of the tournament, which was reduced to 36 holes after heavy and persistent rain washed out most of Wednesday’s play.

After going out in 32 and birdieing the tenth on the par-72 Blue Course, Dobson dropped to a share of the -10 lead with Robins when he bogeyed 14. However, an eagle at 15 took him to -12, a two-shot lead he maintained for the rest of the tournament.

“It is the best week of my career,” said Dobson, who takes home £10,000 as well as a brand new Motocaddy S3 PRO electric trolley with lithium battery, Bushnell Pro X2 Range Finder and Bolle sunglasses.

“I hit some good putts. I holed a good par putt on two that got the momentum going. I hit it right down four and got a bit lucky to find my ball and then make birdie. Momentum really went with me after that.

“The eagle at 15 was massive. It was probably 40 foot so I wanted to leave it within tapping distance, but to hole it was amazing.

“I didn’t know what other players where doing but I did know at that stage that I had a one or two shot lead. I had to play one shot at a time, treat it no different from a practice round.”

There is a £250,000 bonus for any player who can win four EuroPro tournaments this season and the 25 year old knows what a difference that could make.

“It would be life changing,” said Dobson. “I have won one now so I need to keep pushing forward and see what happens.”

Dobson moves up to second on the Order of Merit and as such earns an invite to the Challenge Tour’s Scottish Hydro Challenge in June alongside money-list leader Dermot McElroy.

Highlights of the IFX Championship will air on Sky Sports on Tuesday, May 30. The HotelPlanner.com PGA EuroPro Tour continues with the Eagle Orchid Scottish Masters at Montrose Golf Links, June 13-15.