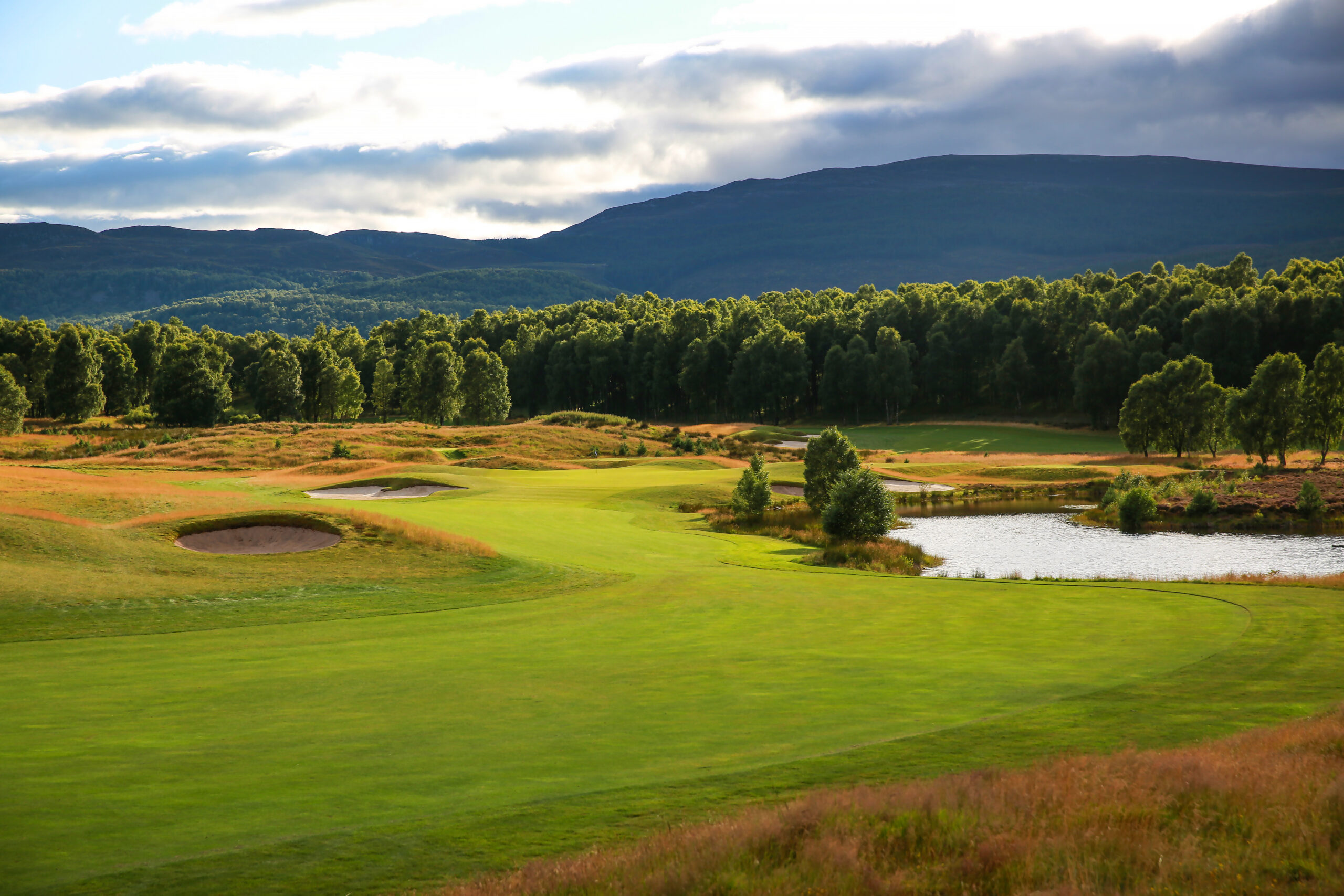 Our first of two consecutive tournaments in Scotland will be hosted by the magnificent Macdonald Spey Valley Golf Resort.

This event will be contested from September 7-9 and it will mark a return to the facility, bringing a two-year hiatus to an end.

Scotland is continually lauded for its sensational links golf courses, but Macdonald Spey Valley Resort could be the finest inland course to reside within the country.

The track was designed by Dave Thomas and played host to the Challenge Tour from 2009-2018.

The layout meanders through ancient Caledonian pine forests, whilst the River Spey provides a fitting surrounding for this magical location.

Members of the EuroPro Tour should feel comfortable with the driver in their hand, as the course is relatively open with a few exceptions.

Heather and gorse protects the fairway, and the occasional tree hangs low from holes that feature a dogleg – placing a premium on precision from the tee during select moments of the round.

As you would expect from a Thomas-design, there are several elevated tee markings and the bunkering is another stern line of defence for both the fairways and greens.

The putting surfaces are of an exceptionally high quality, as they are large in size and even the gentlest of contours will need to be negotiated expertly.

Unsurprisingly, there are some unbelievable holes dotted around Macdonald Spey Valley, with the first being the monstrous par-5 6th.

With a measurement of 635 yards, this is one of the longest holes throughout the entirety of Scotland and will certainly play as a three-shotter for the field.

The subsequent hole exudes beauty from the off, as it spans a lake which has been adopted by a bird colony as a nesting site.

Initiating the home stretch is the 12th hole, and the spectacular views presented will provide a moment of serenity.

The difficulty is further cranked with three holes to play, as many players will be grateful to depart the 16th with a par on the scorecard.

Members will be tasked with a long and accurate tee shot that must carry the water hazard, with plenty of purple heather awaiting any poorly struck efforts. Dan Godding, CEO of the PGA EuroPro Tour, noted: “Macdonald Spey Valley is such a beautiful golf course, we were delighted to bring them back on board for the 2022 season.

“When it comes to inland layouts in Scotland, Spey Valley could easily be the greatest within the country and we are guaranteed one action-packed week to start off our Scottish swing.”

Macdonald Spey Valley will be reintroduced to the EuroPro Tour rotation for the first time since 2019, where it was Scottish delight.

Mansell had produced a scintillating final showing, carding seven-under for the day to apply late pressure to Young.

Another DP World Tour star in Jonathan Caldwell (-9) finished solo third, whilst there were two other Scots who snuck into the top 10 – Gavin Hay (-6) and Lawrence Allan (-5).

After its absence during the 2021 season, the PGA EuroPro Tour is thrilled to have secured Macdonald Spey Valley Golf Resort for the upcoming campaign.

There will only be three more tournaments for the 2022 season after this event, which means more on the line for those golfers who are looking to break into the top 60.

Spectator entry is free for this and every tournament throughout the year and we highly encourage visitors for what looks set to be a fascinating week in the Highlands.