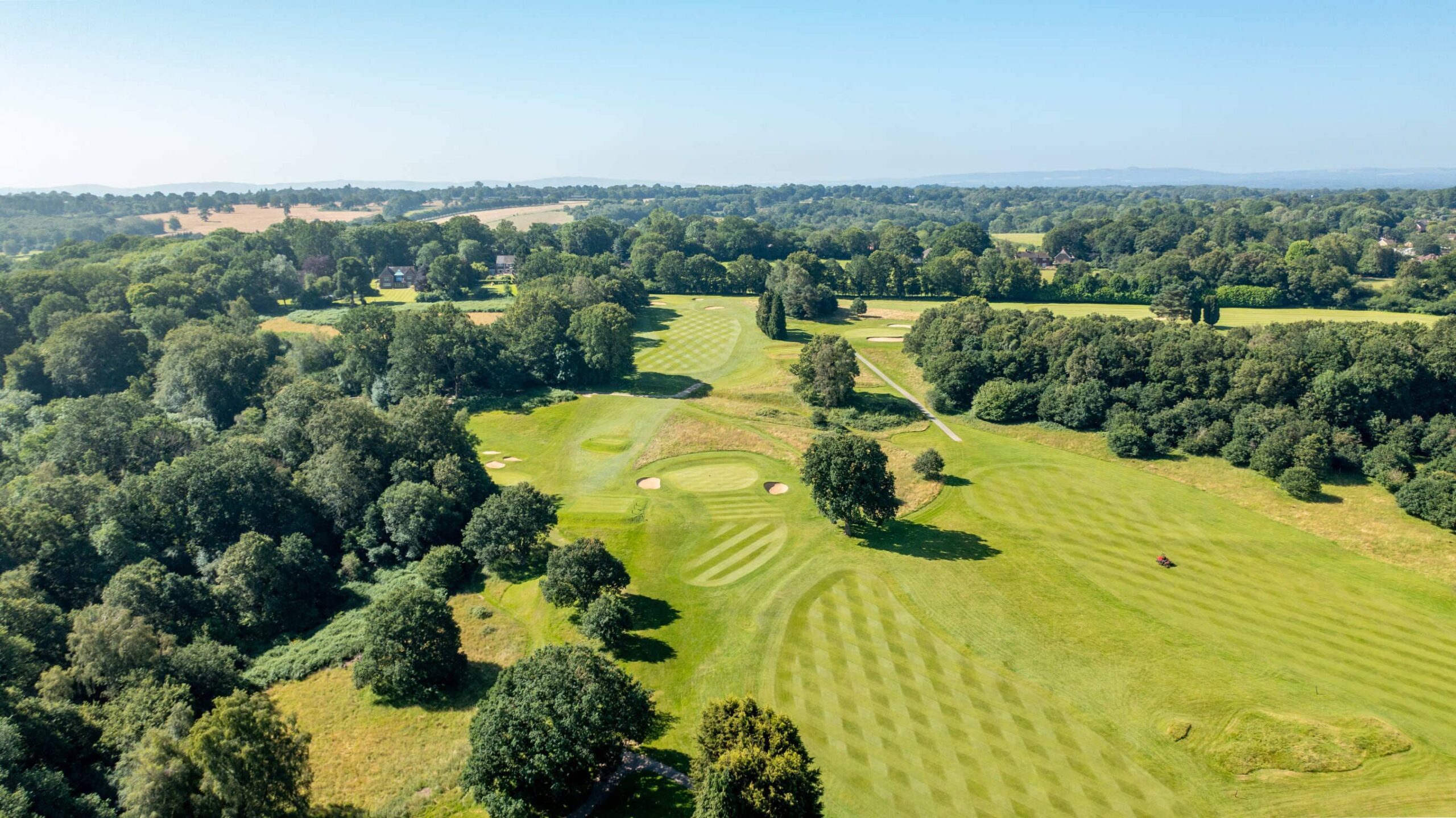 As we enter the peak of summer, all the attention turns to Mannings Heath Golf & Wine Estate for The Dell Technologies Championship.

This will be the 10th event of the season and it will be contested between August 3-5.

Mannings Heath continues to be one of the finest golfing establishments to reside within the Sussex area and we are excited to return for yet another year.

Having opened in 1905, Mannings Heath is dipped in rich history, which is further enhanced by the fact that the Waterfall course is one of the best throughout the county of Sussex.

Immortal golfing figure Henry Colt was tasked with creating and executing the design – and the final result was simply mesmerising.

Due to the course straddling a valley, there are plenty elevation changes throughout the routing, which will keep the golfers alert.

Featuring a par of 72 and measuring 6,684 yards throughout the tournament week, the trip to Sussex can be regarded as a shorter course that all members will be looking to take advantage of.

Despite its lack of length, there are troubling moments dotted throughout the layout, which starts with a demanding tee shot.

From an elevated position, members of the EuroPro Tour will be looking to produce an accurate drive over an expansive wooded valley.

If anyone has started poorly, they’ll be issued an immediate chance of redemption, as the short par-4 2nd will be targeted by the entirety of the field.

The 5th hole will be the first par-3 of the course and perhaps one of the most pulsating moments of the round, considering the drama that surrounds the hole.

Teeing from a significantly elevated position, players will be striking their tee shots downwards to a rounded green.

The signature hole at Mannnings Heath is the par-3 10th, offering up a surreal panoramic of the beautiful golf course that surrounds the area.

Featuring elements of a heathland, downland and parkland layout, the Waterfall course combines those three different styles to create a memorable hybrid between the three.

During World War II, a Halifax Bomber crashed on the 14th green and the propeller is positioned in the Lounge Bar to commemorate that moment of history.

The 11th hole, labelled The Valley, was included in Gary Player’s top imaginary 18 holes of the world – which is praise of the highest order. “The championship Waterfall golf course has been influenced by Harry Colt, the great golf course architect responsible for beautiful layouts across the South of England.

“Colt’s input makes the Waterfall a challenging and exciting course that can test the best of players; the Waterfall demands accuracy from the tee and presents a fair test of nerve and skill for every calibre of golfer.”

Dan Godding, CEO of the PGA EuroPro Tour, noted: “Mannings Heath is such a wonderful venue and certainly one of the leading clubs within the Sussex area.

“The name Waterfall is pretty self-explanatory, and there will be plenty of nervous moments that the leaders will have to deal with as the week progresses – we’re expecting lots of balls in one of the many water hazards!”

Mitch Waite secured his first victory of the season at Mannings Heath last year, as he was crowned the Nokia Masters champion.

A playoff was required to separate Waite and Jack McDonald (-15), with the latter triumphing on the third additional hole.

The duo had begun the final day on -11 and they both birdied the par-5 17th before concluding regulation play with a par on the 18th – which forced the playoff.

There was a four-way tie for T3, with Robinson Thompson, Jamie Rutherford, Joe Brooks and Dan Brown all finishing one-stroke behind the two leaders.

Thompson produced a riveting final display, carding seven-under to double his tally for the week and earn valuable Order of Merit money.

Ryan Campbell was the only golfer within the top 10 to not represent England, as the Scotsman finished with a two-under outing to sneak in at T9.

Dell Technologies is an American multinational technology company, with their headquarters located in Texas.

In 2018, Dell Technologies ranked 35th on the 2018 Fortune 500 rankings, which determines the most successful businesses via revenue total.

If you’d like more information about the products and services they offer, you can find out more here.

Mannings Heath produced an excellent week of tantalising golf during the Nokia Masters last year and we’re adamant the same level of quality will be replicated this season.

As always, spectator entry is free and will be for every event throughout the 2022 campaign, and we highly encourage attendance.

The Waterfall course looks set to trouble members of the PGA EuroPro Tour yet again – and we look forward to seeing the fine golfer who will champion its danger.